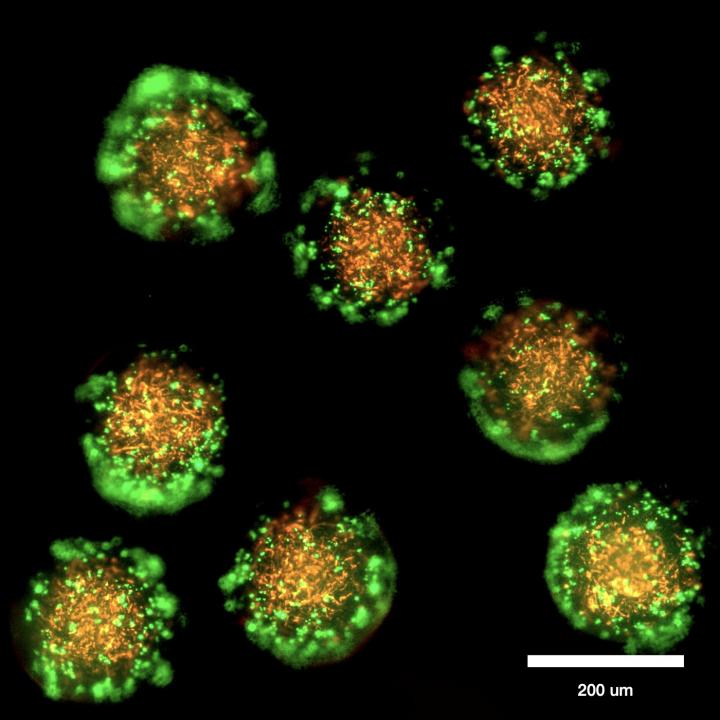 One of the main reasons the multitude of bacteria we encounter in daily life doesn’t harm us is because of the diverse, robust community of microbes on our skin and inside our bodies that prevent pathogens from taking hold.

But despite the importance of the microbial community we each host, there is still a lot researchers don’t know about it. The most common method for growing microorganisms is via culture flasks and agar plates, but these methods don’t expose microbes to their native environments. Because of this limitation, the vast majority of the existing microbial population remains unknown, uncultivated, and poorly studied.

Tagbo Niepa, assistant professor of chemical and petroleum engineering at the University of Pittsburgh Swanson School of Engineering, is developing a new technique for studying microbes in conditions that mimic their native environment, facilitating the growth of difficult microbial species and helping researchers to better understand them. The research was recently awarded $315,373 by the National Science Foundation.

By encapsulating microbes isolated from various sources in a polymeric shell, researchers will be able to study microbes in environmental conditions.The nanocultures will eliminate growth rate bias that occurs in traditional cultures when species of microbes are competing for space, and the enclosure protects them from chemical or biological contaminants.

The proposed technology, which will give researchers insights into how synthetic microbial communities communicate and interact with native ones, could lead to advances in medicine, biotechnology, bioremediation and more.

“Not having a sufficient way to grow and examine these microbes has not only impeded the scientific discovery of antibiotic-like molecules but has also limited our ability to use genetically engineered beneficial microbes,” said Niepa. “There are microbes out there that could lead us to new types of antibiotics based on microbes we find in the soil, improve human health and performance by understanding the human microbiome, and more. We do not yet have a way to explore their full potential. That is the problem we are trying to solve.”

One potent application of the new technology is for the controlled delivery of healthy gut bacteria into the body. Antibiotic use, stress and illnesses can lead to microbial dysbiosis, or the imbalance of gut bacteria, which in turn can lead to ulcers, cancers, and other health problems. Niepa and his team are exploring ways to use the microcapsules, which can culture and store a multitude of microbes, as a delivery system for beneficial bacteria into the body to restore the gut microbiome. As part of the NSF project, the researchers will use the microcapsules to deliver a gut-benefiting community of microbes into mice to examine its efficacy.

“This research makes a substantial step toward microbial-based therapy against microbial dysbiosis. Beyond the health benefits, our project will facilitate a broader understanding of microbial diversity and offer relevant implications for biotechnology and bioremediation,” said Niepa. “Some of the smallest organisms have an enormous impact on human health and the health of our planet. We’re taking a step toward understanding all they can offer.”

The project, titled “Designing a Multifunctional Nanoculture System for High-throughput in situ Assessment of Microbial Communities,” will begin on July 1, 2021.