Capturing all of light’s data in one snapshot

$7.5 million Department of Defense project to create a ‘super camera’ 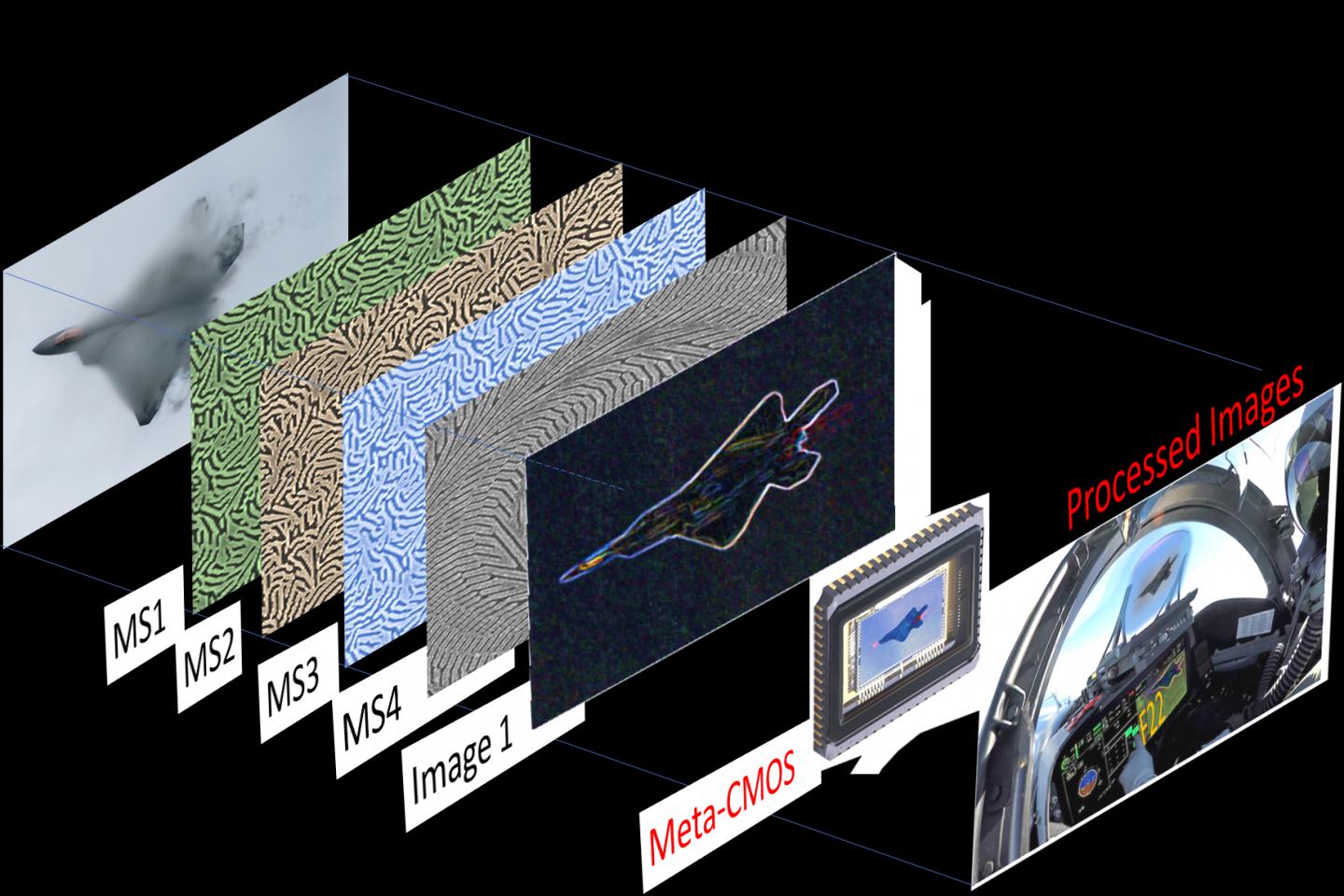 DURHAM, N.C. – Engineers at Duke University are leading a nationwide effort to develop a camera that takes pictures worth not just a thousand words, but an entire encyclopedia.

Funded by a five-year, $7.5 million grant through the Department of Defense’s Multidisciplinary University Research Initiative (MURI) competition, the team will develop a “super camera” that captures just about every type of information that light can carry, such as polarization, depth, phase, coherence and incidence angle. The new camera will also use edge computing and hardware acceleration technologies to process the vast amount of information it captures within the device in real-time.

“Detection of many of these properties of light have been demonstrated in the past to a limited degree, but multiple properties are rarely, if ever, captured simultaneously,” said Maiken Mikkelsen, the James N. and Elizabeth H. Barton Associate Professor of Electrical and Computer Engineering at Duke. “This idea — even the ability to pursue it — is really quite new and has the potential to revolutionize the sensing field.”

Current cameras for advanced optical sensing typically can only focus on one property of light at a time and rely on bulky and costly scanning systems, which severely limits their usage. And even if they were capable of capturing more information, the computational processing power required to make sense of it all on-site would make them even bulkier.

The new MURI team will exploit breakthroughs in the fields of metasurfaces, computational design, fundamental modal optics and information theory to create an imaging system that can handle both sensing and processing, while simultaneously streamlining its size and weight.

The imaging side of the technology will be based on metasurfaces — flat devices that harness electromagnetic phenomena that occur due to the material’s structure rather than its chemistry. For example, Mikkelsen specializes in a field called photonics and makes nanostructures that boost electromagnetic activity by trapping light on tiny silver nanocubes that are placed near a thin layer of metal.

In 2019, Mikkelsen demonstrated a plasmonic metasurface’s ability to capture six frequencies of light, ranging from infrared to ultraviolet, in a few trillionths of a second on a single inexpensive chip. The goal of that work was to create a small, inexpensive hyperspectral camera for applications such as cancer surgery, food safety inspection and precision agriculture.

That work used multiple grid-like cells, each tailored to capture a specific frequency of light. While the new work might also use a cell-based approach, Mikkelsen says it could also use stacked layers, where each layer provides a specific function. But regardless of its configuration, the new imaging device will need to extend far beyond simply detecting different frequencies.

“We will need to make some critical breakthroughs to be able to gather more of the information that is difficult to capture, such as coherence or depth,” said Mikkelsen “But that’s why we’ve put together such a fantastic team.”

Working to develop new approaches to metasurface-enabled sensing are Mark Brongersma, professor of materials science and engineering at Stanford, and Federico Capasso, the Robert L. Wallace Professor of Applied Physics and Vinton Hayes Senior Research Fellow in Electrical Engineering at Harvard. And focusing on new nanophotonic detection concepts along with Mikkelsen will be Harry Atwater, the Howard Hughes Professor of Applied Physics and Materials Science at CalTech.

As the team develops a thin, lightweight metasurface capable of capturing all of this information, they also need to develop new methods for quickly processing it on the same small device. For this, the researchers plan on turning to edge computing — the concept of performing processing locally rather than sending data to the cloud and back — and hardware acceleration, the idea of baking some of the processing directly into the hardware architecture. For example, a specific metasurface could extract the outline of an object to aid in object identification.

Developing the theoretical framework and modeling to enable their edge computing ideas are Stanford’s Shanhui Fan, professor of electrical engineering and applied physics and director of the Edward L. Ginzton Laboratory, and David Miller, the W. M. Keck Professor of Electrical Engineering. Working on the front-end optical processing and computing challenge are Nader Engheta, the H. Nedwill Ramsey Professor of Electrical and Systems Engineering at Penn, and Andrea Alù, director of the Photonics Initiative at the CUNY Advanced Science Research Center, Einstein Professor of Physics at the CUNY Graduate Center and professor of electrical engineering at The City College of New York.

Put together, the project represents a new research frontier at the intersection of nanoscience, photonics and information science that will lay the foundation for advanced imaging in an on-chip platform critical for a range of DoD missions demanding ultra-small size, weight and power.

“I am really excited to be able to work with this amazing dream team of world-leading scientists,” said Mikkelsen. “This support over a five-year period allows us to tackle bigger challenges and completely re-think how sensing and imaging could be done. It holds the potential for transformative breakthroughs for a wide variety of technologies, from defense, environmental and medical applications to consumer products.

“It is hard to predict exactly where the biggest impact will be–but that is also one of the exciting aspects about fundamental research,” she said.