UBC researchers have discovered how cancer cells become invisible to the body’s immune system, a crucial step that allows tumours to metastasize and spread throughout the body. 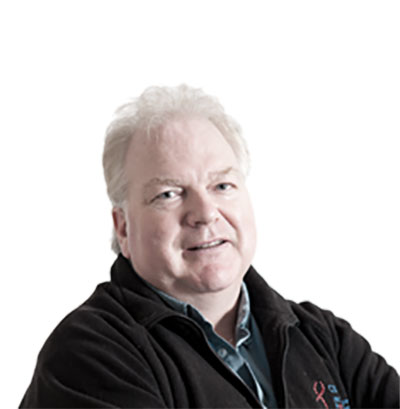 “The immune system is efficient at identifying and halting the emergence and spread of primary tumours but when metastatic tumours appear, the immune system is no longer able to recognize the cancer cells and stop them,” said Wilfred Jefferies, senior author of the study working in the Michael Smith Laboratories and a professor of Medical Genetics and Microbiology and Immunology at UBC.

Cancer cells genetically change and evolve over time. Researchers discovered that as they evolve, they may lose the ability to create a protein known as interleukein-33, or IL-33. When IL-33 disappears in the tumour, the body’s immune system has no way of recognizing the cancer cells and they can begin to spread, or metastasize.

The researchers found that the loss of IL-33 occurs in epithelial carcinomas, meaning cancers that begin in tissues that line the surfaces of organs. These cancers include prostate, kidney breast, lung, uterine, cervical, pancreatic, skin and many others.

Working in collaboration with researchers at the Vancouver Prostate Centre, and studying several hundred patients, they found that patients with prostate or renal (kidney) cancers whose tumours have lost IL-33, had more rapid recurrence of their cancer over a five-year period. They will now begin studying whether testing for IL-33 is an effective way to monitor the progression of certain cancers.

“IL-33 could be among the first immune biomarkers for prostate cancer and, in the near future, we are planning to examine this in a larger sample size of patients,” said Iryna Saranchova, a PhD student in the department of microbiology and immunology and first author on the study.

Researchers have long tried to use the body’s own immune system to fight cancer but only in the last few years have they identified treatments that show potential.

In this study Saranchova, Jefferies and their colleagues at the Michael Smith Laboratories, found that putting IL-33 back into metastatic cancers helped revive the immune system’s ability to recognize tumours. Further research will examine whether this could be an effective cancer treatment in humans.

This study was published in the journal Scientific Reports.

This research was funded by the Canadian Institutes for Health Research.

This research was completed with co-authors: Jeff Han, Hui Huang, Franz Fenninger, Kyung Bok Choi, Lonna Munro and Cheryl Pfeifer at the Michael Smith Laboratories, the Centre for Blood Research, the Djavad Mowafaghian Centre for Brain Health, and the departments of medical genetics, zoology and microbiology and immunology at UBC; as well as Alexander Wyatt, Ladan Fazli and Martin Gleave at the Vancouver Prostate Centre, a research hub hosted by UBC and Vancouver Coastal Health Research Institute; and Ian Welch in UBC Animal Care Services.

Cancer cells genetically change and evolve. As the cells evolve, they lose the ability to create a protein known as interleukein-33 (IL-33). This protein influences another protein complex, known as the major histocompatibility complex (MHC), that act as beacons to help identify whether a given cell is a good cell or a bad cell. With these proteins working, primary tumour cells put warning flags on the outside of the cell so that immune cells recognize it and destroy it. When interleukin-33 disappears in the tumour, the flag-displaying pathway falls apart and body’s immune system has no way of recognizing the cancer cells and they can begin to spread, or metastasize.