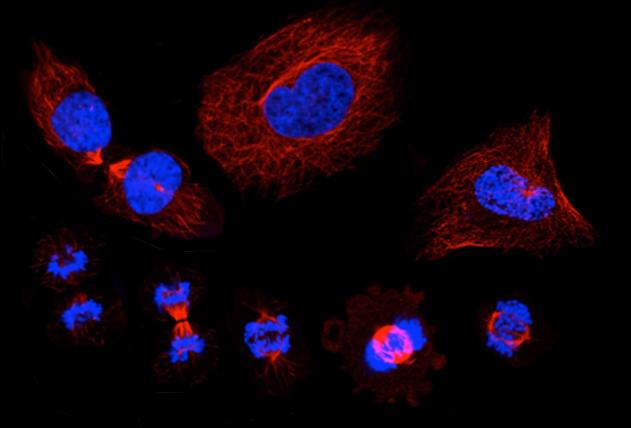 With the hope of contributing to the fight against cancer, researchers in Sweden have published a new molecular mapping of proteins that regulate the cell division process – identifying 300 such proteins.

The release of the data, which was published today in the scientific journal, Nature, is significant because it helps bring medical research closer to the point of being able to target specific proteins to treat cancer.

Identifying and understanding what characterizes these proteins is important, says co-author Emma Lundberg, a professor at KTH Royal Institute of Technology whose research group at Science for Life Laboratory (SciLifeLab) in Stockholm contributed to the mapping of these proteins. The long-term hope is that doing so will lead to progress in development of tailor-made cancer drugs and treatments, adapted to the specific anatomical condition of the individual patient in relation to the underlying disease, Lundberg says.

In addition to the 300 newly-identified proteins, the researchers report that 20 percent of the human proteome (all protein molecules that the genome encodes for) indicates cell-to-cell variation, that is, fluctuation in gene expression within otherwise identical cells.

This information presents medical research with new insights into the cell cycle, in which a balance is moderated between those proteins which promote cell proliferation and those which inhibit it.

Lundberg says the work is now incorporated into the open-access research database, the Human Protein Atlas.

“Our hope is that this provides a valuable resource for a better understanding of, among other things: cell-to-cell variation, the human cell cycle, and the newly-identified proteins in the cell cycle and their role in the formation of tumors,” she says.

In order to identify the cell cycle-specific proteins, the researchers used so-called immunofluorescent microscopy. The researchers then combined the collected data with RNA sequencing of individual cells to describe the temporal presence of RNA and proteins throughout the cell cycle.

The research work was carried out by 19 researchers from KTH, including Diana Mahdessian and Anthony Cesnik, via SciLifeLab. The Chan Zuckerberg Biohub, Uppsala University and Stanford School of Medicine also contributed. Research support was provided by the Swedish Research Council and the Knut and Alice Wallenberg Foundation.