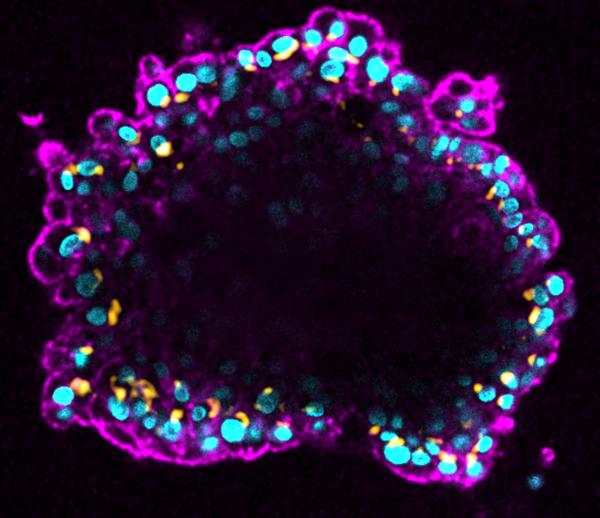 All cells possess a cytoskeleton which allows them to move and maintain their shape. However, scientists recently showed that a part of this cytoskeleton called branched actin is also essential to cell proliferation*: this actin transmits information to cells about the space around them, environmental chemical messages and therefore on whether they should proliferate. If the necessary conditions are not met, these actin fibres are not synthesised, and the cell does not divide – except in the case of cancerous cells, which can override this control mechanism and proliferate where they should not. This mechanism could nevertheless represent a therapeutic target to fight certain types of cancer. Inhibiting the formation of branched actin, for example, prevents the growth of a type of melanoma cells, against which no other specific treatment exists today. This research, carried out by an international team composed of scientists at the Laboratoire Bases moléculaires et régulation de la biosynthèse protéique (CNRS/École polytechnique) appear in the April 10th 2019 edition of Cell Research.

*- Proliferation is the rapid and abundant growth of either normal or pathogenic cells.