As a new wildfire season approaches, many Canadians are reflecting on the devastating losses of last season, and considering what they can do to protect themselves and the places where they live. 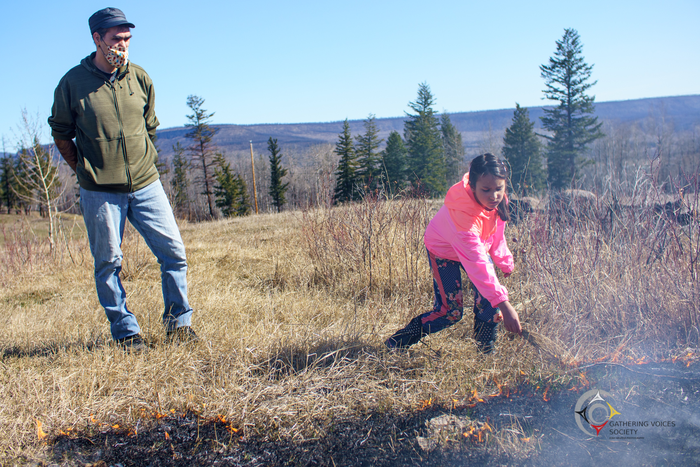 As a new wildfire season approaches, many Canadians are reflecting on the devastating losses of last season, and considering what they can do to protect themselves and the places where they live.

Wildfires are becoming increasingly severe and unpredictable, but a new paper by UBC researchers and collaborators suggests a way forward. The authors reviewed fire management practices and recent wildfires in Canada and are recommending the revival of cultural burning, while moving towards Indigenous-led fire stewardship to better manage wildfire risks and promote healthy ecosystems.

“For example, certain berries tend to fruit prolifically following a fire. Cultural fires are typically low-intensity, small-scale burns that are community driven and practiced by Indigenous fire-keepers around the globe.”

Although both types of burns could be defined as the planned and controlled application of fire to a specific land area, they are distinct practices, adds co-lead author Dr. Kira Hoffman (she/her), an ecologist, former wildland firefighter and a postdoctoral research associate with the UBC faculty of forestry.

“Prescribed burning often has different objectives from cultural burning which involves multiple resource management values. For example, cultural burning might be used to get rid of pests near homes, which clears brush away while protecting homes from wildfires. Prescribed burning is primarily to reduce and manage forest fuels, to maintain a certain forest state or to reduce wildfire risk. It is often applied with greater intensity, occurs during different times, and is set up differently in the planning process.”

The authors state that cultural burns can achieve numerous objectives, ranging from reducing the risk of wildfire to enhancing biodiversity. A recent successful example of cultural burning that is highlighted in their paper is the Revitalizing Traditional Burning project, a collaboration with the First Nations’ Emergency Services Society, Xwísten (Bridge River) First Nation, Shackan Indian Band and Yunesit’in National Government.

“This project used Indigenous-informed research methods to create burn plans that among other things, addressed climate change issues, including wildfire and drought. However, the Nations are still struggling with bureaucracy and funding needs that have limited their abilities to burn,” said Dr. Christianson.

Barriers to reengaging with cultural burning

The researchers noted that a common barrier is Indigenous peoples can burn on their reserves in some communities, for example, but not in the surrounding areas because these might be designated as Crown land, which generally is under the jurisdiction of provincial governments.

Adds Dr. Hoffman: “Perhaps the most challenging barrier to wildfire management agencies, decision-makers and the public, is the general lack of understanding of what cultural burning is. Cultural burning practices are specific to Nations and the communities they belong to. Intricate relationships exist between Indigenous Peoples and fire and how that knowledge is grounded in understandings involving specific relationships between humans, plants and animals. This includes traditional governance practices and laws that have been developed, adapted and passed down through generations.”

Christianson notes there are great examples of successful formulas for cultural burning that can inform practices in a Canadian context. “In California, tribes have been involved in changing liability legislation around cultural burns. In Australia, the Firesticks Alliance is training and certifying cultural burners. In this paper, we have numerous calls to action that will support Indigenous-led fire stewardship.”

“We need to continue to have these conversations about the need for Indigenous-led fire stewardship in Canada and to address everything from educational certification to developing a national Indigenous fire steward group. In five years’ time, we will hopefully see significant changes in how we manage and live with fire in Canada,” added Dr. Hoffman.

The right to burn: barriers and opportunities for Indigenous-led fire stewardship in Canada