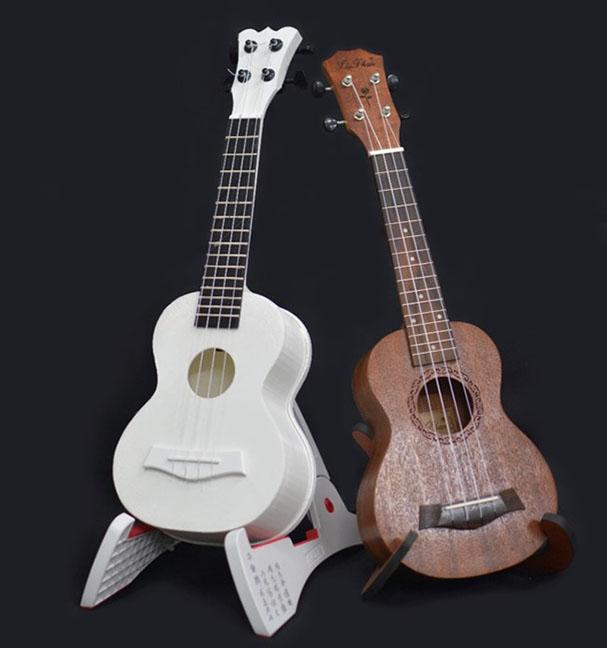 SAN DIEGO, December 5, 2019 — Music is an art, but it is also a science involving vibrating reeds and strings, sound waves and resonances. The study of acoustics can help scientists produce beautiful music even with musical instruments fashioned with high-tech methods, such as 3D printing.

Xiaoyu Niu, from the University of Chinese Academy Sciences, and other researchers studied the sound quality of a 3D-printed ukulele and compared it to a standard wooden instrument. Niu will present the group’s results in a talk, “A Comparison on Sound Quality of PLA 3D Printing Ukulele and Single Board Wooden Ukulele,” at the 178th Meeting of the Acoustical Society of America, which will be held Dec. 2-6, at the Hotel del Coronado in San Diego. Niu’s talk is part of a session on “General Topics in Musical Acoustics,” to be held beginning at 9:00 a.m. on Thursday, Dec. 5.

The ukulele studied by Niu’s group was created with a 3D printer using a type of plastic known as polylactic acid, or PLA. This substance has become quite popular for producing 3D-printed objects, since the printing can be done at low temperatures.

“We found that the A-weighted sound pressure of the 3D-printed instrument was less than that of the wooden one,” Niu said. A-weighting is used to account for the relative loudness of low frequency sounds perceived by the human ear.

To explain these differences, the investigators carried out computer calculations using a software package known as COMSOL. They first modeled the ukulele shape mathematically. Using formulas for sound resonance and acoustics, they were able to explain the differences between a standard wooden ukulele and the new high-tech 3D-printed version. Niu and co-workers plan to continue their work to further improve this mathematical model.

Niu’s presentation 4aMU1, “A Comparison on Sound Quality of PLA 3D Printing Ukulele and Single Board Wooden Ukulele,” will be at 9:00 a.m. PT, Thursday, Dec. 5, in the Coronet room of the Hotel del Coronado in San Diego.

We will grant free registration to credentialed journalists and professional freelance journalists. If you are a reporter and would like to attend, contact the AIP Media Line at 301-209-3090. For urgent requests, staff at [email protected] can also help with setting up interviews and obtaining images, sound clips or background information.

Between arousal and inhibition

Cervical cancer is more aggressive when human papillomavirus is not…