‘Camouflage breakers’ can find a target in less than a second 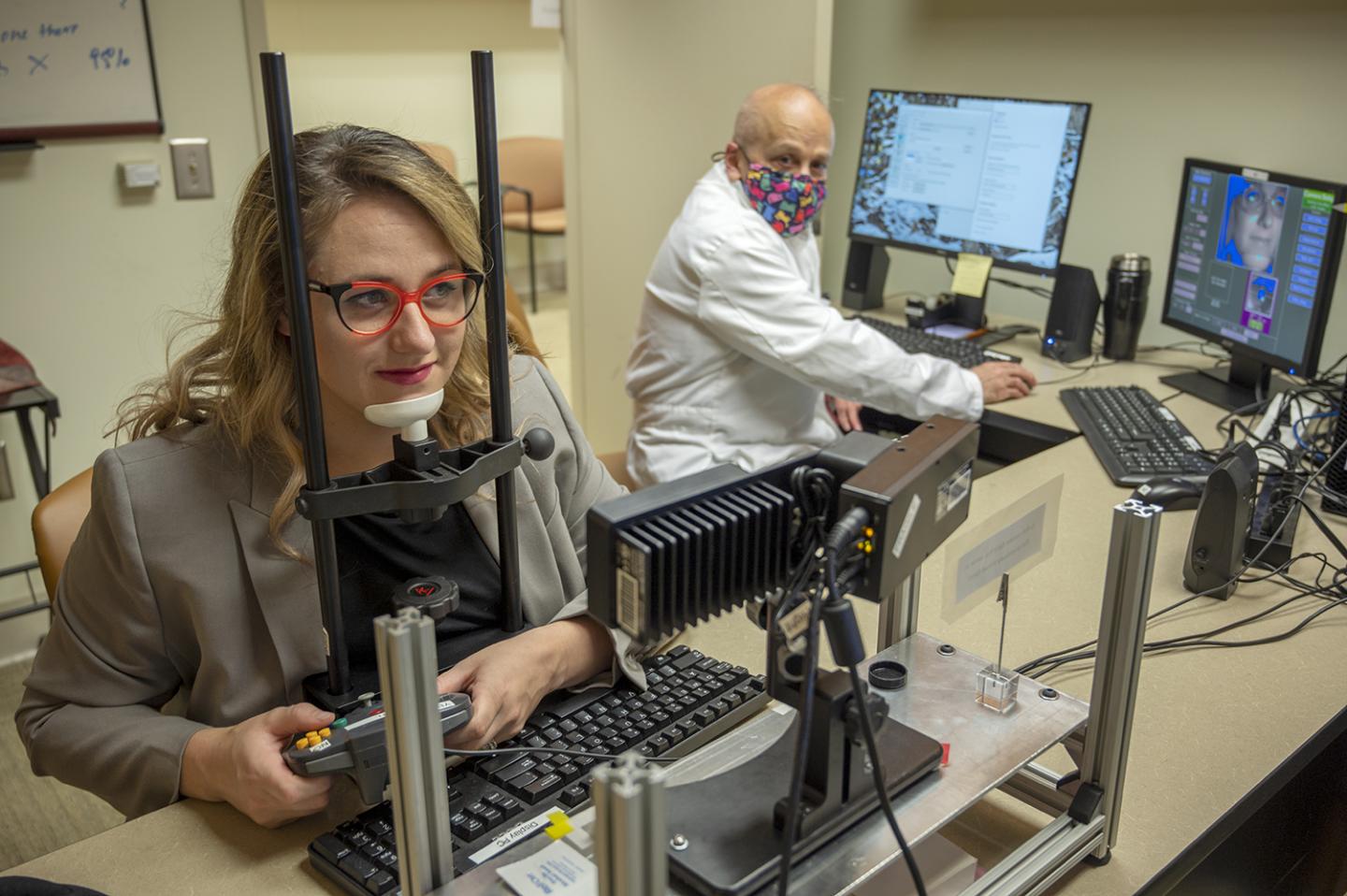 After looking for just one-twentieth of a second, experts in camouflage breaking can accurately detect not only that something is hidden in a scene, but precisely identify the camouflaged target, a skill set that can mean the difference between life and death in warfare and the wild, investigators report.

They can actually identify a camouflaged target as fast and as well as individuals identifying far more obvious “pop-out” targets, similar to the concept used at a shooting range, but in this case using easy-to-spot scenarios like a black O-shaped target among a crowd of black C shapes.

In fact, the relatively rapid method for training civilian novices to become expert camouflage breakers developed by Medical College of Georgia neuroscientist Dr. Jay Hegdé and his colleagues, also enabled the camouflage breakers to sense that something was amiss even when there was no specific target to identify.

This intuitive sense that something is not quite right has also been found in experienced radiologists finding subtle changes in mammograms, sometimes years before there is a detectable lesion.

The MCG investigators who developed the camouflage breaking technique wanted to know if trainees could detect the actual camouflaged target or just sense that something is different, an issue that is highly significant in real world circumstances, where a sniper might be hiding in the desert sand or a dense forest landscape.

“Merely being able to judge, no matter how accurately, that the given combat scene contains a target is not very useful to a sniper under real-world combat conditions if he/she is unable to tell where the target is,” Hegdé and his colleagues write in the journal Cognitive Research: Principles and Implications.

They already knew that they could train most nonmilitary individuals off the street to break camouflage in as little as an hour daily for two weeks as long as their vision is good, a finding they want to benefit military personnel.

“We want to hide our own personnel and military material from the enemy and we want to break the enemy’s camouflage,” says Hegdé, goals that summarize his research, which has been funded by the Army Research Office, an element of the U.S. Army Combat Capabilities Development Command Army Research Laboratory, for nearly a decade. “What are the things we can tweak? What are the things we can do to make our snipers better at recognizing camouflage?”

Because a missed shot by a sniper also tells the enemy his location. “You can’t take shots at things that are not the target,” Hegdé says.

“The potential for rapid training of novices in the camouflage-breaking paradigm is very promising as it highlights the potential for application to a wide variety of detection and localization tasks,” says Dr. Frederick Gregory, program manager, U.S. Army Combat Capabilities Development Command Army Research Laboratory. “Results in experts highlight an opportunity to extend the training to real world visual search and visualization problems that would be of prime importance for the Army to solve.”

For this newly published work, six adult volunteers with normal or corrected-to-normal vision were trained to break camouflage using Hegdé’s deep-learning method, but received no specific training about how to pinpoint the target. Participants looked at digitally synthesized camouflage scenes like foliage or fruit and each scene had a 50-50 chance of containing no target versus a camouflaged target like a human head or a novel, 3D digital image. Similar to computer scientists training self-driving cars, the idea was and is to get viewers to get to know the lay of the land that is their focus. “If it turns out there is something that doesn’t belong there, you can tell,” he says.

Trainees could then either look at the image for 50 milliseconds –.05 seconds — or as long as they wanted, then proceed to the next step where they quickly viewed a random field of pixels, that work like a visual palate cleanser, before acknowledging whether the camouflage image contained a target, then using a mouse to show where the target was. “You have to work from memory to say where it was,” he notes.

When the participants could look at the image for as long as they wanted, the reported location of the actual target was essentially indistinguishable from the actual target but the accuracy did not drop much when the viewing time was just 50 milliseconds, which gives little time for even moving your eyes around, Hegdé says.

The subjects again had no subsequent training on identifying precisely where the target was. And they found that even without that specific training, they could do both equally well. “This was not a given,” Hegdé notes.

In a second experiment with seven different individuals they used a much-abbreviated training process, which basically ensured participants knew which buttons to push when, and used instead a clearly more pronounced “pop-out’ target without the traditional camouflage background, rather scenarios like that black O-shaped target among a crowd of black C shapes or a blue S shape among a sea of green H shapes. Both the longer and shorter viewing times yielded essentially identical results from the more extensively trained camouflage-breakers, both in accuracy of localization and reaction time.

Camouflage is used extensively by the military, from the deserts of the Middle East to the dense jungles of South America with the visual texture changing to blend with the natural environment. “You often are recognized by your outline, and you use these patterns to break up your outline, so the person trying to break your camouflage doesn’t know where you leave off and the background begins,” he says.

He notes that context is another important factor for recognition, referencing how you may not recognize a person whose face you have seen multiple times when you see them in a different environ. His current Army funded studies include exploring more about the importance of context, and further exploring ramifications of “camouflage breaking” in identifying medical problems.

He notes that even with his training, some people are better at breaking camouflage than others — he says he is really bad at it — and why remains mostly a mystery and another learning point for Hegdé and his colleagues.

Coauthors Isabelle Noel Santana and Allison JoAnna Lewis were undergraduate apprentices of the U.S. Army in Hegdé’s lab when the work was done. Lewis is now an MCG medical student. First author Fallon Branch is a U.S. Navy veteran.