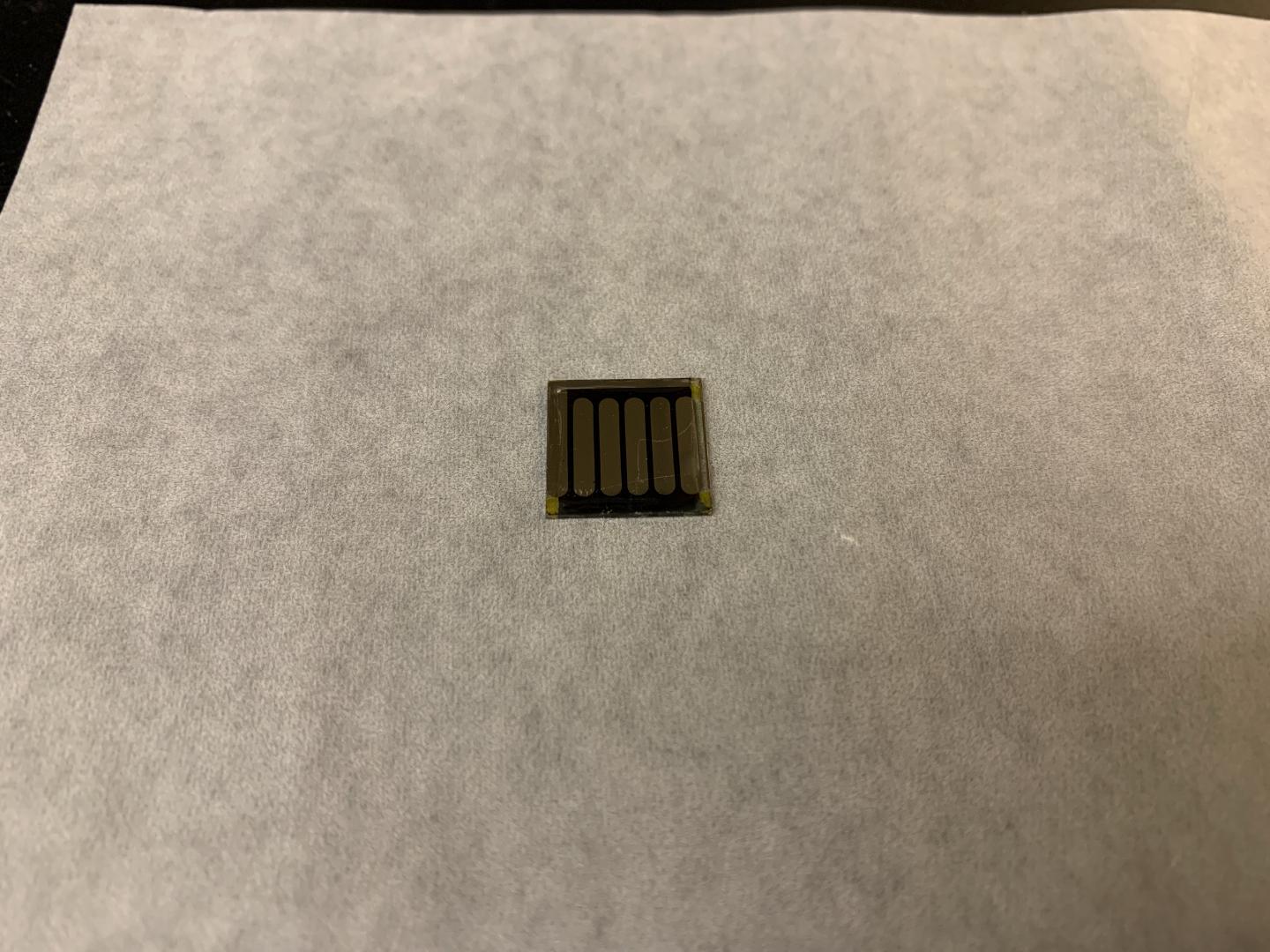 Scientists from the University of California, Los Angeles (UCLA) and Solargiga Energy in China have discovered that caffeine can help make a promising alternative to traditional solar cells more efficient at converting light to electricity. Their research, published April 25 in the journal Joule, may enable this cost-effective renewable energy technology to compete on the market with silicon solar cells.

The idea began as a joke over morning coffee. “One day, as we were discussing perovskite solar cells, our colleague Rui Wang said, ‘If we need coffee to boost our energy then what about perovskites? Would they need coffee to perform better?'” recalls Jingjing Xue, a PhD candidate in Professor Yang Yang’s research group at the Department of Materials Science and Engineering at UCLA.

The offhand comment led the team to recall that the caffeine in coffee is an alkaloid compound containing molecular structures that could interact with the precursors of perovskite materials–compounds with a particular crystal structure that form the light-harvesting layer in a class of solar cells. Previous attempts to improve the thermal stability of these solar cells have included enhancing the perovskite layer by introducing compounds such as dimethyl sulfoxide, but researchers have struggled to boost the cells’ efficiency and long-term stability. No one had tried caffeine.

Realizing they might be onto something, the team set aside their coffee and began investigating further. They added caffeine to the perovskite layer of forty solar cells and used infrared spectroscopy (which uses infrared radiation to identify chemical compounds) to determine that the caffeine had successfully bonded with the material.

Conducting further infrared spectroscopy tests, they observed that the carbonyl groups (a carbon atom double bonded to an oxygen) in caffeine interacted with lead ions in the layer to create a “molecular lock.” This interaction increased the minimum amount of energy required for the perovskite film to react, boosting the solar cell efficiency from 17 percent to over 20 percent. The molecular lock continued to occur when the material was heated, which could help prevent heat from breaking down the layer.

“We were surprised by the results,” says Wang, who is also a PhD candidate in Yang’s research group at UCLA. “During our first try incorporating caffeine, our perovskite solar cells already reached almost the highest efficiency we achieved in the paper.”

But while caffeine appears to significantly improve the performance of cells that utilize perovskite to absorb sunlight, the researchers do not think it will be useful for other types of solar cells. The unique molecular structure of caffeine only allows it to interact with perovskite precursors, which may give this solar cell variety an edge on the market. Perovskite solar cells already have the advantage of being cheaper and more flexible than their silicon counterparts. They are also easier to manufacture–perovskite cells can be fabricated from solution-based precursors as opposed to solid crystal ingots. With further research, Wang believes caffeine may facilitate large-scale production of perovskite solar cells.

“Caffeine can help the perovskite achieve high crystallinity, low defects, and good stability,” he says. “This means it can potentially play a role in the scalable production of perovskite solar cells.”

In order to continue enhancing the solar cells’ efficiency and stability, the team next plans to further investigate the chemical structure of the caffeine-incorporated perovskite material and to identify the best protective materials for perovskites.

Joule (@Joule_CP), published monthly by Cell Press, is a new home for outstanding and insightful research, analysis, and ideas addressing the need for more sustainable energy. A sister journal to Cell, Joule spans all scales of energy research, from fundamental laboratory research into energy conversion and storage up to impactful analysis at the global level. Visit: http://www.cell.com/joule. To receive Cell Press media alerts, contact [email protected]

Songbird-body changes that allow migration may have human health implications

Data analysis: Uncertainty as a source of information