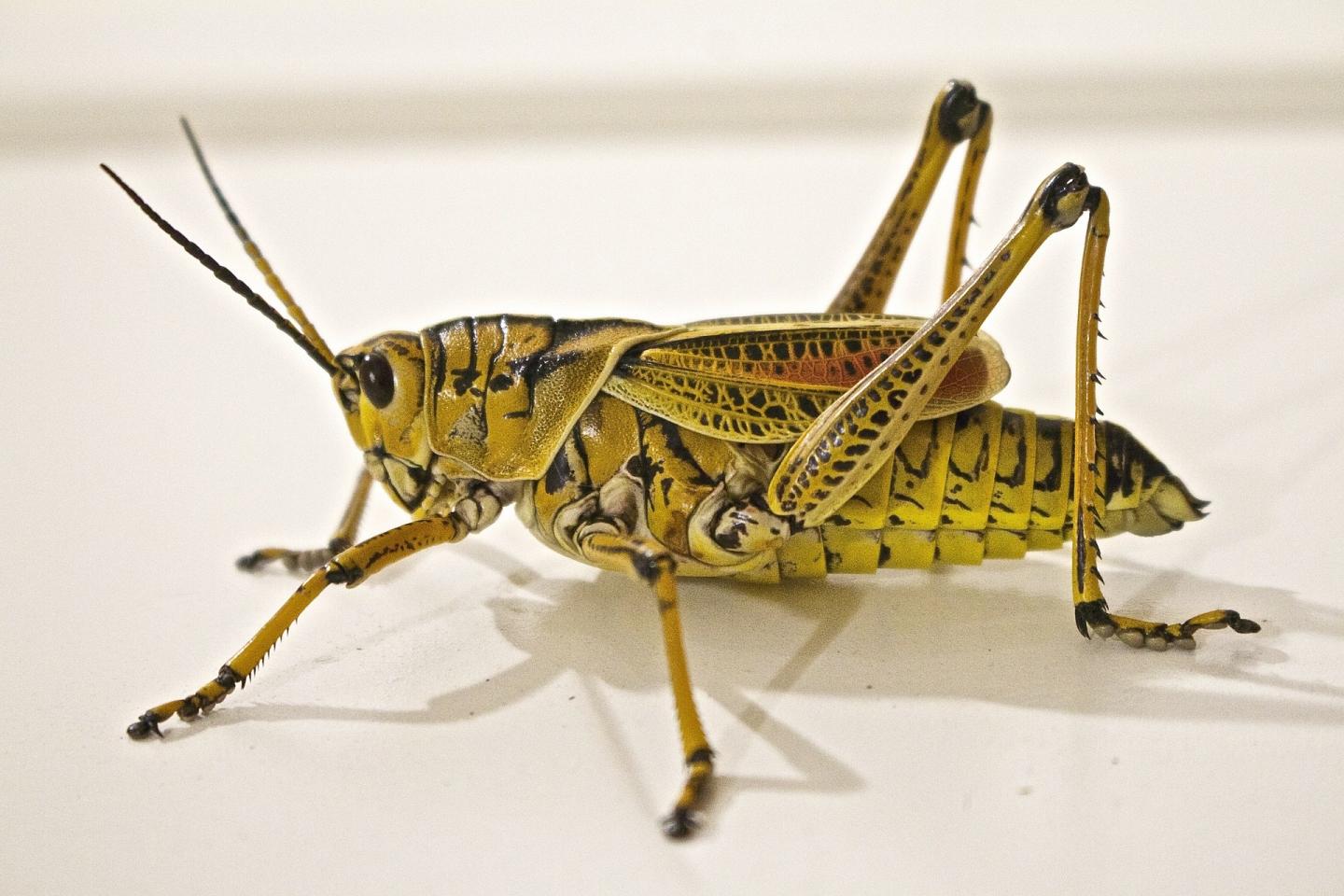 A CABI-led project involving an international team of remote sensing and plant protection experts is helping China reduce its reliance on harmful pesticides to fight crop pests and diseases including yellow rust fungal disease of wheat and locusts.

The £1.6 million STFC Newton Agri-Tech Fund-financed project is leaving a lasting legacy in helping the Chinese Government reach its goal of zero increase in pesticide use by 2020 – adopting more sustainable controls, where possible, instead.

This is thanks to cutting-edge data obtained through earth observation, meteorological and vertical looking radar (VLR) which can identify the size and species of flying insects such as locusts, a plague of which, in 2004, devastated 970,000 hectares of farmland in ten Chinese provinces and municipalities.

Where it was necessary to apply pesticides as part of the project, entitled ‘Integrating Advanced Earth Observation and Environmental Information for Sustainable Management of Crop Pests and Diseases’, this was carried out using state-of-the-art precision drone technology from the Anyang Quanfeng Aviation Plant Protection Technology Co. Ltd.

Dr Belinda Luke, a Principle Scientist in CABI’s Biopesticides Team, led an international team of scientists from Assimila Ltd, Rothamsted Research, Kings College London, the Institute of Remote Sensing and Digital Earth of the Chinese Academy of Sciences (RADI-CAS), the Institute of Plant Protection at the Chinese Academy of Agricultural Sciences (IPP-CAAS), the National Agro-tech Extension and Service Center (NATESC) and the College of Environment and Resources Science at Zhejiang University, who focused on seven key objectives to help fight yellow rust (which can affect wheat yields by between 5 and 30 percent) and migratory locusts.

The team sought to develop; a model to predict wheat rust spread and severity and map it thematically, a locust development model as well as locust maps, and a biopesticide efficiency model alongside a way of determining the effects of using chemical or biopesticides on non-target insects using the VLR.

Dr Luke said, “China feeds 22 percent of the world’s population with only 7 percent of its arable land. It is also the world’s largest producer and consumer of chemical pesticides which have significant negative human health and environmental concerns due to residues.

“The increased use of chemical pesticides is not sustainable hence the Chinese Government introduced legislation to achieve a target to achieve zero growth in pesticide use by 2020, in addition to phasing out use of highly toxic substances.

“This project brought together cutting-edge research to provide pest and disease monitoring and forecast information and encourage biopesticide use by integrating multi-source data to support decision making in the delivery of sustainable management of pests and diseases.”

Dr Luke said the results of the project so far are promising with one book and 42 scientific papers produced, 55 crop pest and disease monitoring and forecasting reports released and 27 thematic maps used by the National Aviation Plant Protection Science Technology Innovation Alliance and the company applying the pesticides by drone.

Dr Luke added, “The government has been using these reports to warn farmers how severe the yellow wheat rust threat is in a particular year. This then allows farmers to decide if it is necessary or not to apply chemical fungicides to their wheat crops.

“Yellow wheat rust is a major problem not only in China but globally. Likewise, locusts and grasshoppers are pests in many regions of the world. The models developed for China could be adapted for use in any other Newton Partner country by collecting base-line data to calibrate the models.”

Training from the project, via NATESC, has also been given to 2800 technical staff, extension officers and farmers in notable pest and disease ‘hot spots’ who are now able to feed back valuable data to the government who can assist with the problem.

Another benefit of the Newton project is the winning of another through the same fund. The new project, ‘Utilizing Earth Observation and UAV technologies to deliver pest and disease products and services to end users in China’, involves RADI-CAS, Peking University (PKU), Anyang Quanfeng Aviation Plant Protection Technology Co, Ltd, Hangzhou Waobot Technology Co. and NATESC in China and CABI, Assimila, KCL, Loughborough University and Tekever Ltd in the UK.

For both projects, the Joint Laboratory for Biosafety between the Chinese Ministry of Agriculture and Rural Affairs (MARA) and CABI played important roles in bringing in, and coordinating with key Chinese partners as well as implementing some aspects of the projects. For more information see the news story ‘Triangular collaboration on development and research projects in focus at 11th Steering Committee of the Joint Laboratory of MARA China and CABI.’