Discovery advances work on antidotes to hangover and intoxication 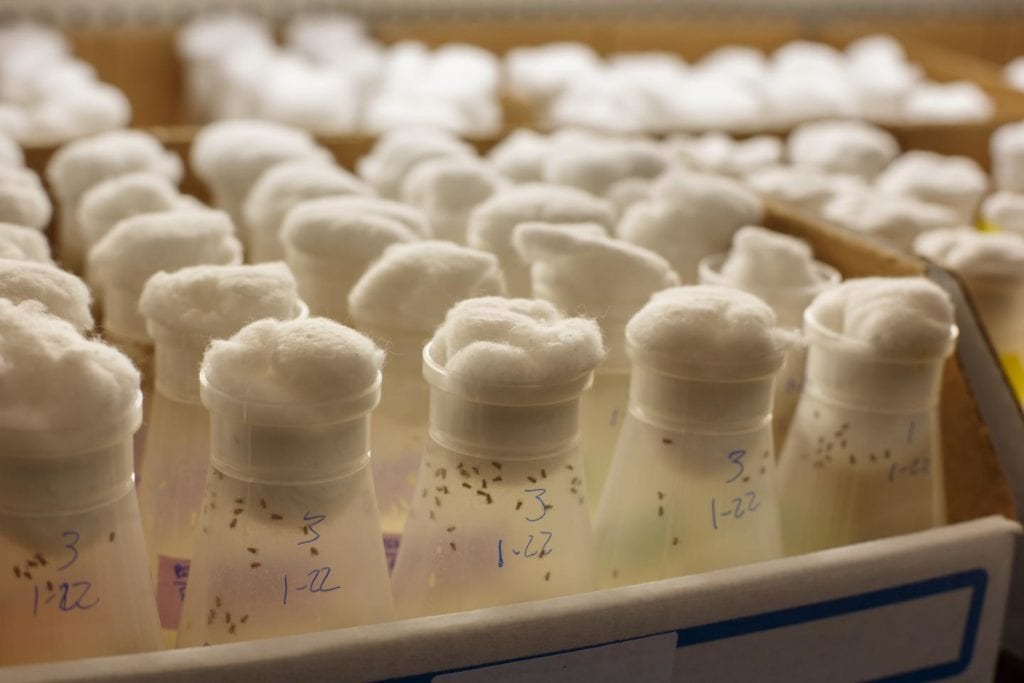 JUPITER, FL – As New Year’s Eve approaches, many people will experience the familiar buzz that comes from imbibing a favorite cocktail or glass of wine.

A new study from Scripps Research, published in the Journal of Molecular Biology, reveals a twist in how intoxication happens. When the alcohol from our cocktail reaches our nerve cells, the alcohol apparently employs intermediary molecules on the membrane surface of the neuron to produce the intoxicating effect, indirectly.

It turns out that both flies and mammals can get drunk on alcohol. So, for their study, Scott Hansen, PhD, associate professor in the Department of Molecular Medicine, and his team, enabled fruit flies to become inebriated to track ethanol’s path. The fly is a useful model to study gene activity because its genome is smaller than other animals and is easily manipulated, Hansen says.

“They act just like people,” Hansen says about the flies. “They start losing coordination. They literally get drunk.”

The alcohol in beverages acts much like an anesthetic. It creates a hyper “buzzed” feeling first, and then sedation, Hansen explains. But how? It turns out there is an important intermediate step that wasn’t previously known.

The scientists looked to a system they have seen at play in anesthesia to track alcohol’s effects, starting with an enzyme on nerve cell membranes called phospholipase D2, (PLD2). The enzyme links ethanol molecules to lipid (fat) in the membrane of the nerve cell. They found the enzyme becomes a catalyst triggering multiple downstream activities within the cell. It creates a fatty alcohol metabolite called phosphatidylethanol (PEtOH). That metabolite builds up and causes nerves to fire more easily, resulting in more hyperactive flies.

“With hyperactivity you see the flies run around more, and this is what we equate to being buzzed,” Hansen says.

When the scientists knocked out the gene for the enzyme that makes the PEtOH metabolite, thus eliminating the signal, the flies did not become more active.

This is the first time this pathway has been identified as a determinant of alcohol sensitivity, Hansen says. It remains to be seen whether the metabolite is involved in the full sedation experienced by the flies after the initial buzz and how this pathway may play a role in the hangover that many people experience later on. Hansen says that his current research is addressing these questions.

Knowing alcohol’s molecular targets could enable development of an antidote to intoxication, or even hangover, Hansen says.

“The fatty alcohol is known to linger in the brain for more than 16 hours making it a likely target,” Hansen says. “Also, understanding this pathway could give insight as to why people use alcohol for pain management.”

“It has definitely led to some different ways of thinking about alcohol intoxication at the molecular level,” Hansen says. “Most scientists thought alcohol had a direct effect. Blocking the enzyme in flies shows that’s not likely true.”

This work was supported by the National Institutes of Health’s Director’s New Innovator Award 1DP2NS087943-01 as well as R01AG045036, and a graduate fellowship from the Joseph B. Scheller and Rita P. Scheller Charitable Foundation.

Breakthrough enables storage and release of mechanical waves without…