Building a bean that resists leafhoppers 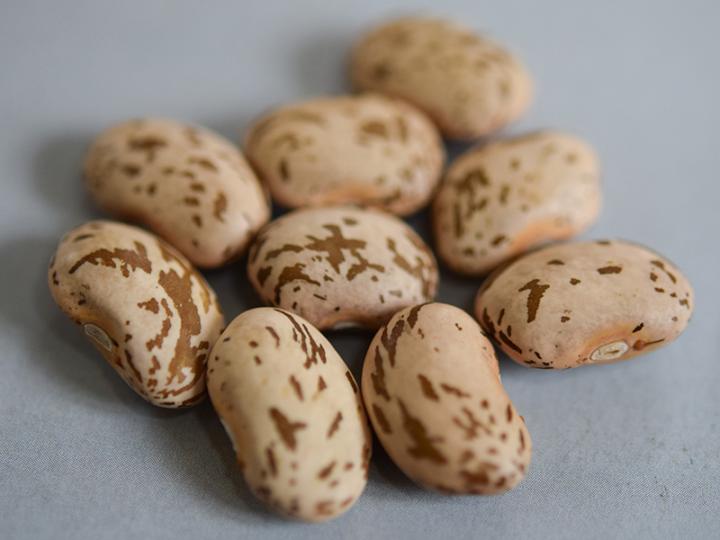 Leafhoppers are tiny insects. They are only about 3 millimeters long, smaller than a grain of rice. But they can cause big damage to crops, including beans.

To combat the leafhopper threat, researchers are continuously trying to develop resistant varieties of crops.

In a new study, Tim Porch and his team describe a new pinto bean, called TARS-LH1. Porch is a researcher at the USDA-ARS Tropical Agriculture Research Station in Mayagüez, Puerto Rico.

This new pinto bean has increased resistance to leafhoppers. It also has other desirable traits, such as high yields and drought tolerance.

“Continuous improvement of common beans is necessary,” says Porch. “That’s because pathogens, pests, the environment and the market are continuously changing and evolving.”

Even in changing markets, pinto beans – a common target of leafhoppers – are a vital crop. They account for more than a third of all edible dry beans produced in the United States.

TARS-LH1 is resistant to both kinds of leafhoppers.

Field testing of TARS-LH1 for leafhopper resistance and other traits was carried out in multiple locations. Temperate test sites were located at the Michigan State University Crop and Soil Science Research Farm in East Lansing, Michigan. Tropical tests were completed in Haiti and Puerto Rico.

“Since this pinto bean was tested over several years in different locations, we confirmed that it has resistance to both species of leafhoppers,” says Porch. “It also has broad adaptation to different climates.”

A key challenge during field tests was accurately collecting data to measure leafhopper damage. Measuring damage is key to verifying whether specific varieties of beans are resistant to these pests.

Leafhoppers feed on plant sap. Their feeding causes damage, called hopperburn. Hopperburn can include leaf burn: leaves turn yellow, particularly at the tip and around the edges. It can also include leaf curl: entire leaves curl down.

“By combining the careful and laborious counting of pests with a rapid evaluation of leaf damage, we were able to estimate leafhoppers per plant for a large number of plots and trials,” says Porch.

As a result, the researchers were able to show that the TARS-LH1 pinto bean is resistant to leafhopper attacks. But that’s not all! TARS-LH1 is also drought tolerant. Droughts often occur simultaneously with leafhopper infestations.

“Since TARS-LH1 combines drought tolerance with the leafhopper resistance, it provides a key combination of traits,” says Porch.

Finding ways to conserve water use in agriculture is becoming increasingly important. There’s also a drive to use less pesticide to control insects.

“TARS-LH1 could contribute to reducing these major inputs in common bean farming,” says Porch. “It could also increase the production of organic beans.”

Porch and colleagues are still working on breeding newer, better varieties of beans. “We want to include additional traits, such as heat tolerance and resistance to pathogens like rust and common bacterial blight, along with the leafhopper resistance,” says Porch.

Bean varieties that are resistant to pests and have other desirable traits, such as TARS-LH1, can benefit breeders, farmers and consumers alike.

“Ultimately, our goal is to generate broadly resilient and productive common beans,” he says.

Learn more about this research in the Journal of Plant Registrations. This work was funded by the USAID Dry Grain Pulses CRSP, Climate Resilient Bean Project and the Norman Borlaug Cooperative Research Initiative Grain Legumes Project.