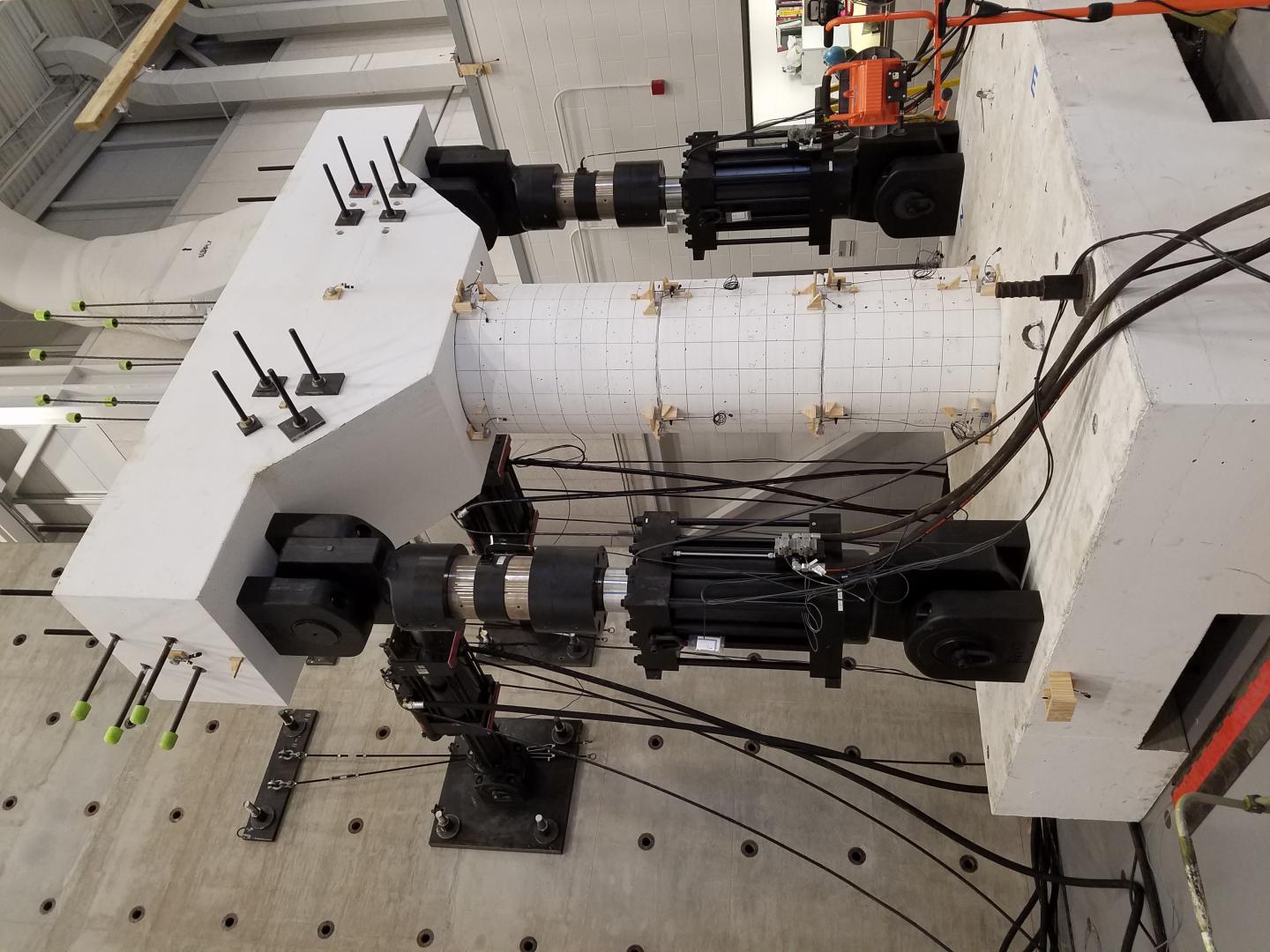 Structural damage to any of the nation’s ailing bridges can come with a hefty price of billions of dollars in repairs. New bridge designs promise more damage-resistant structures and, consequently, lower restoration costs. But if these designs haven’t been implemented in the real world, predicting how they can be damaged and what repair strategies should be implemented remain unresolved.

In a study published in the journal Structure and Infrastructure Engineering, Texas A&M University and the University of Colorado Boulder researchers have conducted a comprehensive damage and repair assessment of a still-to-be-implemented bridge design using a panel of experts from academia and industry. The researchers said the expert feedback method offers a unique and robust technique for evaluating the feasibility of bridge designs that are still at an early research and development phase.

“Bridges, particularly those in high-seismic regions, are vulnerable to damage and will need repairs at some point. But now the question is what kind of repairs should be used for different types and levels of damage, what will be the cost of these repairs and how long will the repairs take — these are all unknowns for new bridge designs,” said Dr. Petros Sideris, assistant professor in the Zachry Department of Civil and Environmental Engineering. “We have answered these questions for a novel bridge design using an approach that is seldomly used in structural engineering.”

Most bridges are monolithic systems made of concrete poured over forms that give the bridges their shape. These bridges are strong enough to support their own weight and other loads, such as traffic. However, Sideris said if there is an unexpected occurrence of seismic activity, these structures could crack, and remedying the damage would be exorbitantly expensive.

To overcome these shortcomings, Sideris and his team have developed a new design called a hybrid sliding-rocking bridge. Instead of a monolithic design, these bridges are made of columns containing limb-inspired joints and segments. Hence, in the event of an earthquake, the joints allow some of the energy from the ground motion to diffuse while the segments move slightly, sliding over one another rather than bending or cracking. Despite the overall appeal of the hybrid sliding-rocking bridge design, little is known about how the bridges will behave in real-world situations.

“To find the correct repair strategy, we need to know what the damages look like,” said Sideris. “Our bridge design is relatively new and so there is little scientific literature that we could refer to. And so, we took an unconventional approach to fill our gap in knowledge by recruiting a panel of experts in bridge damage and repair.”

For their study, Sideris, Dr. Abbie Liel, professor at the University of Colorado, Boulder, and their team recruited a panel of eight experts from industry and academia to determine the damage states in experimentally tested hybrid sliding-rocking segment designed columns. Based on their evaluations of the observed damage, the panel provided repair strategies and estimated costs for repair. The researchers then used that information to fix the broken columns, retested the columns under the same initial damage-causing conditions and compared the repaired column’s behavior to that of the original column through computational investigations.

The panel found that columns built with their design sustained less damage overall compared to bridges built with conventional designs. In fact, the columns showed very little damage even when subject to motions reminiscent of a powerful once-in-a-few-thousand-years earthquake. Furthermore, the damage could be repaired relatively quickly with grout and carbon fibers, suggesting that no special strategy was required for restoration.

“Fixing bridges is a slow process and costs a significant amount of money, which then indirectly affects the community,” said Sideris. “Novel bridge designs that may have a bigger initial cost for construction can be more beneficial in the long run because they are sturdier. The money saved can then be used for helping the community rather than repairing infrastructure.”

This work is funded by the National Science Foundation.