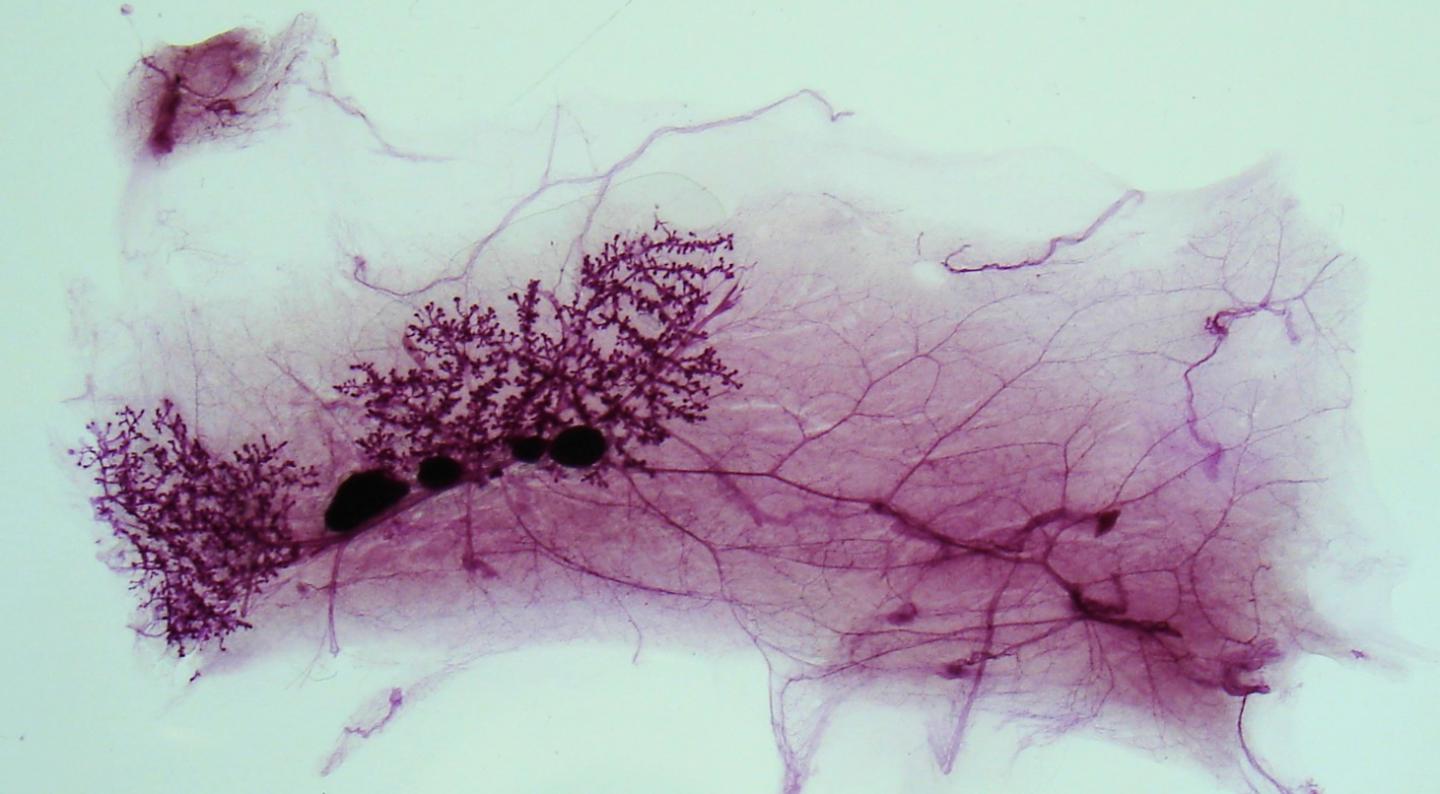 Brominated flame retardants (BFRs) are found in furniture, electronics, and kitchenware to slow the spread of flames in the event of a fire. However, it has been shown that these molecules may lead to early mammary gland development, which is linked to an increased risk of breast cancer. The study on the subject by Professor Isabelle Plante from the Institut national de la recherche scientifique (INRS) made the cover of the February issue of the journal Toxicological Sciences.

Part of the flame retardants are considered to be endocrine disruptors, i.e. they interfere with the hormonal system. Since they are not directly bound to the material in which they are added, the molecules escape easily. They are then found in house dust, air and food.

This exposure can cause problems for mammary glands because their development is highly regulated by hormones. “BFRs pose a significant risk, particularly during sensitive periods, from intrauterine life to puberty and during pregnancy,” says Professor Plante, co-director of the Intersectoral Centre for Endocrine Disruptor Analysis and environmental toxicologist. Endocrine disruptors, such as BFRs, can mimic hormones and cause cells to respond inappropriately.

The effects of environmental exposure

In their experiments, the research team exposed female rodents to a mixture of BFRs, similar to that found in house dust, prior to mating, during gestation and during lactation. Biologists were able to observe the effects on the offspring at two stages of development and on the mothers.

In pre-pubertal rats, the team noted early development of mammary glands. For pubescent rats, the results, published in 2019, showed a deregulation of communication between cells. Similar consequences were observed in female genitors in a 2017 study. All of these effects are associated with an increased risk of breast cancer.

Professor Isabelle Plante points out that peaks in human exposure to BFRs have been observed in the early 2000s. “Young women exposed to BFRs in utero and through breastfeeding are now in the early stages of fertility. Their mothers are in their fifties, a period of increased risk for breast cancer,” says Professor Plante. This is why the team is currently studying endocrine disruptors related to a predisposition to breast cancer, funded by the Breast Cancer Foundation and the Cancer Research Society.

In all three studies, most of the effects were observed when subjects were exposed to the lowest dose, from dust, and not the higher doses. This observation raises questions about the current legislation for endocrine disruptors. “To evaluate the “safe” dose, experts give an increasing dose and then, when they observe an effect, identify it as the maximum dose. With endocrine disruptors, the long-term consequences would be caused by lower doses” reports Professor Plante.

Although counter-intuitive, this observation comes from the fact that high doses trigger a toxic response in the cells. When the body is exposed to lower doses, similar to the concentration of hormones in our body, the consequences rather consist in the deregulation of the hormonal system.

The article “In Utero and Lactational Exposure to an Environmentally Relevant Mixture of Brominated Flame Retardants Induces a Premature Development of the Mammary Glands”, by Rita-Josiane Gouesse, Elham Dianati, Alec McDermott, Michael G Wade, Barbara Hales, Bernard Robaire and Isabelle Plante, has been published in the journal Toxicological Sciences. The study received support from the Natural Sciences and Engineering Research Council of Canada (NSERC), the Canadian Institutes of Health Research (CIHR) and Health Canada.

INRS is a university dedicated exclusively to graduate level research and training. Since its creation in 1969, INRS has played an active role in Quebec’s economic, social, and cultural development and is ranked first for research intensity in Quebec and in Canada. INRS is made up of four interdisciplinary research and training centres in Quebec City, Montreal, Laval, and Varennes, with expertise in strategic sectors: Eau Terre Environnement, Énergie Matériaux Télécommunications, Urbanisation Culture Société, and Armand-Frappier Santé Biotechnologie. The INRS community includes more than 1,500 students, postdoctoral fellows, faculty members, and staff.