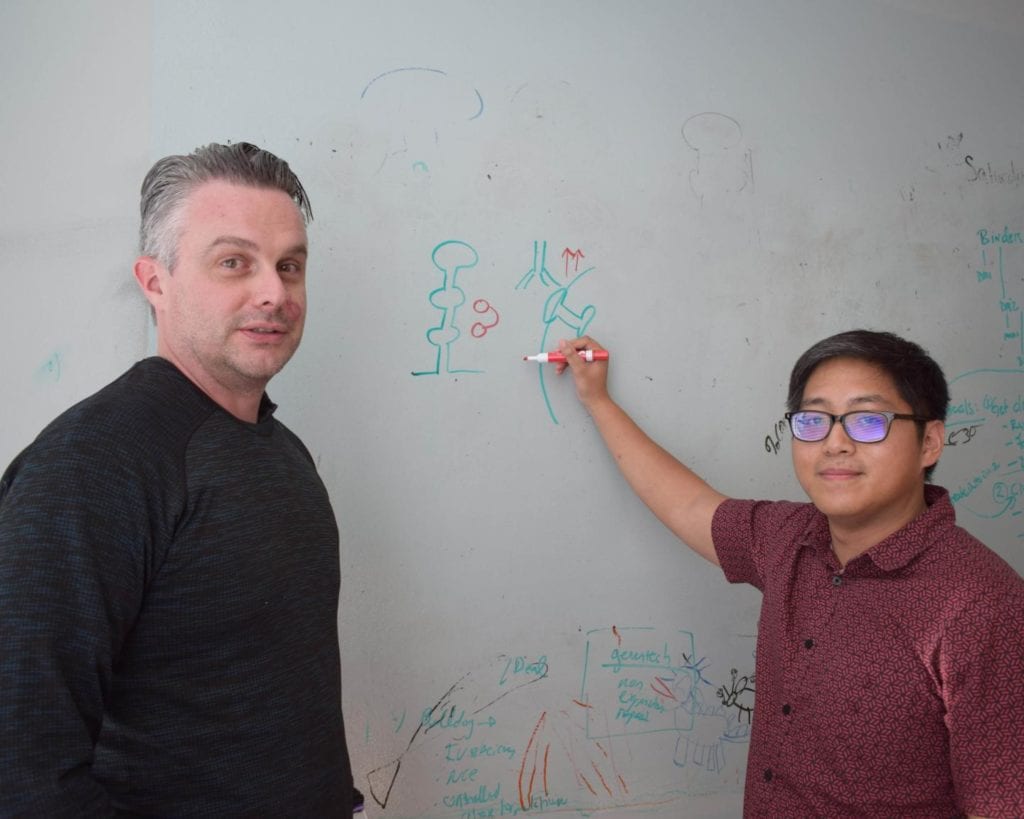 JUPITER, FL — Feb. 7, 2019 — When women or men receive the worrisome diagnosis of breast cancer, that news comes with an important piece of information, namely, whether their cancer is HER2-positive or HER2-negative. It can be especially difficult to hear that one’s cancer is HER2-negative, because it means an effective group of targeted anti-cancer drugs isn’t available.

A new study from the lab of Scripps Research chemist Matthew D. Disney, PhD, suggests that in the future, that might not be the final word on the matter. Writing in the Journal of the American Chemical Society, Disney’s group describes shifting three different cancer cell lines from HER2-negative status to HER2-positive status with the addition of a selective micro-RNA binding molecule they referred to as TGP-515.

It’s a revolutionary idea, that a cancer’s genotype might not have to be the limiting factor in its range of targeted treatment options. However, this is just a first step in a long series of work ahead to enable the technology to benefit cancer patients, Disney notes.

“It’s possible that precision medicines like Herceptin can be made available to a wider group of people by altering gene expression with therapeutics that bind not to the proteins but to noncoding RNA,” Disney says.

About 20 percent of people diagnosed with breast cancer have the HER2-positive mutation, which means the surface of their cancer cells have more of the HER2 protein on them. While that mutation is associated with faster growing, more aggressive cancers, since 1998 it has come with good options for effective treatment. Since the monoclonal antibody drug Herceptin was introduced, 10-year disease-free survival rates for the HER2-positive breast cancer subtype surged to 84 percent.

For breast cancer patients with dwindling options, switching on HER2 sensitivity might be life-changing, Disney says.

“This study is proof of concept for the strategy of creating sensitivity to a drug where one otherwise wouldn’t exist,” Disney says. “It also validates the notion that transcription of genes can be modulated via small molecule compounds engineered to bind to relevant noncoding RNA. This means that supposedly untreatable diseases may, one day, be readily treatable. There is a long way to go for this to get to patients, however.”

There were many challenges that had to be overcome to create the effective compound, says first author Matthew G. Costales, a Scripps Research graduate student. Unintended targets had to be identified and blocked, and selectivity engineered into the molecule. Disney’s computational system, Inforna, guided the efforts.

The first compound the Inforna database highlighted bound to two different micro RNAs, both 885 and 515. That could have posed problems. Further refinement made it clear that a compound could be designed to be selective for one micro RNA but not the other. Eventually they created a molecule that successfully selected only for the desired microRNA, 515. The result was that the cells produced increased HER2 levels, making them sensitive to the drugs.

“The demanding synthetic, biochemical, and cellular experiments described in this paper were three years in the making,” Costales says. “It required tremendous effort, but the work is by no means complete. I am looking forward to future work guided by the lessons we learned here.”

Disney credits his colleague, Scripps Research chemist Alexander Adibekian, PhD, with helping understand the mechanisms of action of their compound, TGP-515, and demonstrating its selectivity.

It’s important to note that this is a first step toward making drugs to boost HER2 sensitivity where there is none, Disney says. Significant additional research lies ahead, he says.

Successful tests in cultured cells must be followed with tests in mouse models of cancer, a process that will take several years. Financial support from the community, including Frenchman’s Creek Women for Cancer Research, Alan and Susan Fuirst, and the R. J. Scheller Graduate Student Fellowship, has helped made the work possible.

“These studies would not have been realized without the local support graciously provided by the community,” Disney says. “I am incredibly grateful for the community taking the time to invest in the future of biomedical research completed here at Scripps Research.”

In addition to Costales and Disney, the authors of the study, “A Designed Small Molecule Inhibitor of a Non-Coding RNA Sensitizes HER2 Negative Cancers to Herceptin,” were Dominic Hoch, Daniel Abegg, Jessica Childs-Disney, Sai Pradeep Velagapudi and Alexander Adibekian of Scripps Research in Jupiter, Florida.

Which is the perfect quantum theory?

Viral study suggests an approach that may decrease kidney damage in…