Breaking the shield that protects pancreatic cancer from immunotherapy

Scar-like cells that make up a sizable portion of malignant pancreatic tumors and shield these cancers from immune attack are derived from mesothelial cells that line tissues and organs, a new study led by UT Southwestern researchers suggests. The findings, published in Cancer Cell, could offer a new strategy to fight pancreatic cancer, a deadly disease for which no truly effective treatments exist. 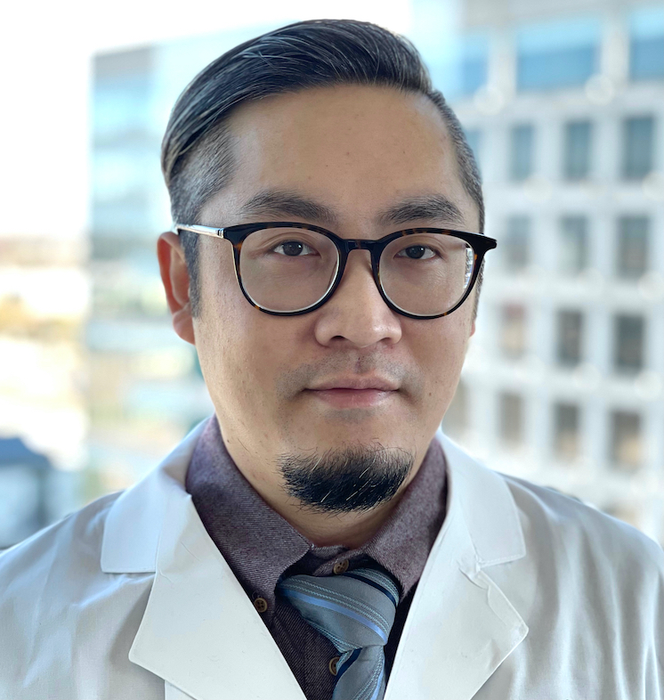 Scar-like cells that make up a sizable portion of malignant pancreatic tumors and shield these cancers from immune attack are derived from mesothelial cells that line tissues and organs, a new study led by UT Southwestern researchers suggests. The findings, published in Cancer Cell, could offer a new strategy to fight pancreatic cancer, a deadly disease for which no truly effective treatments exist.

“By targeting antigen-presenting cancer-associated fibroblasts, we might someday be able significantly to enhance the activity of immune therapy in pancreatic cancer patients,” said Huocong Huang, M.D., Ph.D., Instructor of Surgery at UTSW. Dr. Huang co-led the study with Rolf A. Brekken, Ph.D., Professor of Surgery, Pharmacology, and in UTSW’s Hamon Center for Therapeutic Oncology Research, and a member of the Harold C. Simmons Comprehensive Cancer Center.

According to the American Cancer Society, about 56,000 people in the U.S. are diagnosed each year with pancreatic ductal adenocarcinoma (PDA), the most common form of pancreatic cancer. Currently the fourth-leading cause of cancer-related deaths in this country, it’s projected to become the second-leading cause by 2030. Despite decades of research, the prognosis for PDA remains dismal, with only 10% of patients surviving five years past diagnosis.

Researchers have long known that cells called cancer-associated fibroblasts (CAFs) make up a significant portion of pancreatic tumors. Much like the fibroblasts that compose scar tissue, CAFs make pancreatic tumors dense and tough, preventing chemotherapies and other treatments from readily reaching cancer cells. Although scientists had considered these pancreatic CAFs to be a uniform population, Dr. Huang explained, he and his colleagues in the Brekken lab showed in an earlier study in 2019 that these cells fall into three categories. One of these is a subtype known as antigen-presenting CAFs (apCAFs), which interact with immune cells by displaying proteins called antigens on their surface.

To determine how apCAFs contribute to PDA progression, Dr. Huang, Dr. Brekken, and their colleagues used a technique known as lineage tracing to learn how these cells arise as a normal pancreas develops cancer. Their findings showed that apCAFs originate from mesothelial cells, which form a protective membrane that lines organs, body cavities, and tissues.

Further experiments showed that the antigens on the surface of apCAFs could convert immune cells called T-cells into a subset known as regulatory T-cells (Tregs), which shield tumors from immune attack. When the researchers dosed mice carrying pancreatic tumors with antibodies against mesothelin, a protein unique to mesothelial cells, the conversion to Tregs was blocked, leaving tumors more vulnerable to an anti-tumor immune response.

Although more research is necessary in animal models, Dr. Huang noted that it may eventually be possible to employ a similar strategy to treat PDA in humans by administering anti-mesothelin antibodies in combination with immunotherapies that stimulate the immune system to fight cancers.

Dr. Brekken, an Effie Marie Cain Research Scholar, noted that the study clarifies the origin and function of apCAFs in PDA but has implications beyond pancreatic cancer, an area that Dr. Huang will continue to investigate.

This study was funded by the National Institutes of Health (K99 CA252009, R01 CA243577 and U54 CA210181 Project 2), the Effie Marie Cain Fellowship, and the Jean Shelby Fund for Cancer Research at the Communities Foundation of Texas.