The São Francisco River drainage basin in Brazil’s Northeast region contains a substantial portion of the savanna-like Cerrado biome as well as large areas of Caatinga semi-arid thorn forest and some smaller fragments of Atlantic Rainforest. The Cerrado, which occupies the central part of the basin, is a complex biome with various physiognomies, from open grassland and brush with no trees to closed-canopy woodland. 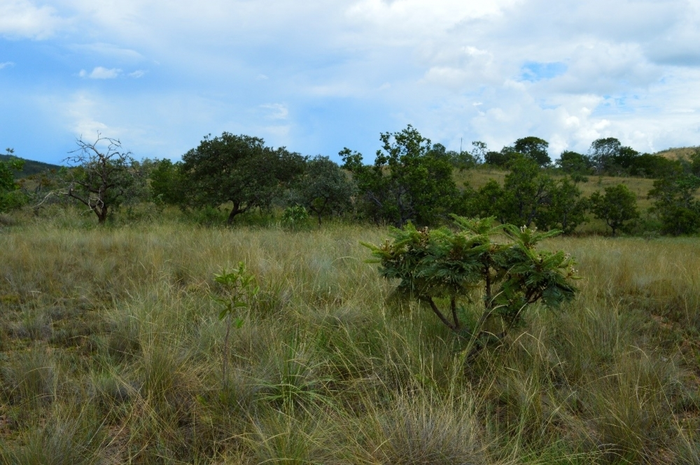 The São Francisco River drainage basin in Brazil’s Northeast region contains a substantial portion of the savanna-like Cerrado biome as well as large areas of Caatinga semi-arid thorn forest and some smaller fragments of Atlantic Rainforest. The Cerrado, which occupies the central part of the basin, is a complex biome with various physiognomies, from open grassland and brush with no trees to closed-canopy woodland.

Tree cover density is a variable of the greatest ecological importance in this biome, profoundly influencing such factors as fire propagation, wildlife, the hydrological cycle, and the carbon balance. Accurate reconstructions of past vegetation are key to understanding current plant distribution and diversity in the Cerrado and to projecting future scenarios.

A study recently published in Quaternary Science Reviews by Brazilian scientists shows that tree density in the Cerrado has been controlled mainly by the length of the dry season in past 45,000 years.

The study was part of the master’s research of Jaqueline Quirino Ferreira. The principal investigator was Cristiano Mazur Chiessi, a professor at the University of São Paulo’s School of Arts, Sciences and Humanities (EACH-USP). It was funded by FAPESP via two projects (18/15123-4 and 19/24349-9), linked respectively to the Research Program on Global Climate Change (RPGCC) and the Research Program on Biodiversity Characterization, Conservation, Restoration and Sustainable Use (BIOTA).

“We looked for correlations between climate change and tree density using independent rainfall and vegetation indicators recorded in a sediment core collected near the mouth of the São Francisco,” Ferreira said. “More specifically, we analyzed hydrogen and carbon isotope composition in plant wax that originated in the São Francisco basin and was deposited in marine sediment.”

“This data, in conjunction with geostatistical analyses and the results of a numerical climate model, suggested a link between changes in the length of the dry season and changes in the radiation received from the Sun caused by variations in the angle of Earth’s axis of rotation,” Chiessi explained.

Axial tilt or obliquity is the angle of Earth’s axis from the orbital plane. The axis of Earth’s rotation is not perpendicular to the plane in which it orbits the Sun but is offset by a few degrees, probably owing to the impact of another celestial body in the remote past. Earth’s mean obliquity is currently about 23°26’ (twenty-three degrees twenty-six minutes). The angle changes because of the gravitational attraction of other planets in the Solar System, especially Jupiter and Saturn, varying cyclically between a minimum of 22°00’ and a maximum of 24°30’. The cycle lasts about 41,000 years.

“During the period of maximum tilt, anomalous warming of the summer hemisphere caused a reorganization of tropical atmospheric circulation, which led to an increase in the length of the wet season in the São Francisco basin. This drove an expansion of tree-dominated vegetation. On the other hand, during the period of minimum tilt, an increase in the length of the dry season resulted in a reduction in the number of trees and expansion of savanna or grassland in the region,” Chiessi said.

Similar changes in tropical atmospheric circulation to those occurring in the past because of minimum obliquity are projected by global warming simulations for the late twenty-first century. Like the variations due to changes in Earth’s axial tilt, anthropic climate changes could affect the dry season in various parts of the world. “In most of the São Francisco basin, projections point to a longer and more intense dry season. As in the geological past, this could lead to a sharp decrease in tree cover density in the Cerrado,” Chiessi said.

An understanding of how ecosystems adapted to past changes can provide a long-term perspective on the magnitude of the ongoing ecological changes, and of their spatial and temporal aspects.