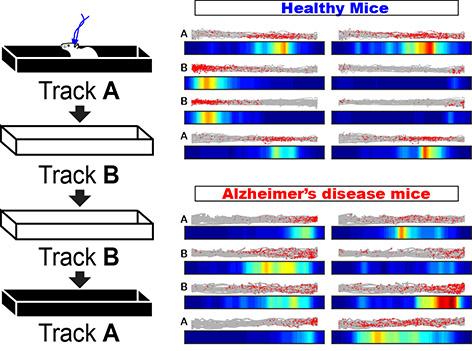 “We recorded the brain cell activity in the hippocampus, which is the memory center of the brain, responsible for spatial memory, among other things,” said Kei Igarashi, PhD, an assistant professor in the Department of Anatomy & Neurobiology at the University of California, Irvine School of Medicine. “Our findings could lead to the development of a method to reactivate brain activity of the entorhinal cortex, which may help establish new treatments for preventing the progression of spatial memory impairment in Alzheimer’s disease patients.”

Igarashi is 2019 New Vision Research and BrightFocus Foundation award recipient. The first author on this study, Heechul Jun, is a MD/PhD student in the UCI Medical Scientist Training Program.

Each year, the UCI School of Medicine educates more than 400 medical students, and nearly 150 doctoral and master’s students. More than 700 residents and fellows are trained at UCI Medical Center and affiliated institutions. The School of Medicine offers an MD; a dual MD/PhD medical scientist training program; and PhDs and master’s degrees in anatomy and neurobiology, biomedical sciences, genetic counseling, epidemiology, environmental health sciences, pathology, pharmacology, physiology and biophysics, and translational sciences. Medical students also may pursue an MD/MBA, an MD/master’s in public health, or an MD/master’s degree through one of three mission-based programs: the Health Education to Advance Leaders in Integrative Medicine (HEAL-IM), the Leadership Education to Advance Diversity-African, Black and Caribbean (LEAD-ABC), and the Program in Medical Education for the Latino Community (PRIME-LC). The UCI School of Medicine is accredited by the Liaison Committee on Medical Accreditation and ranks among the top 50 nationwide for research. For more information, visit som.uci.edu.