Decades-old public classrooms with inadequate ventilation can be made safer with the use of a cardboard frame, air filter, and a low-cost box fan. 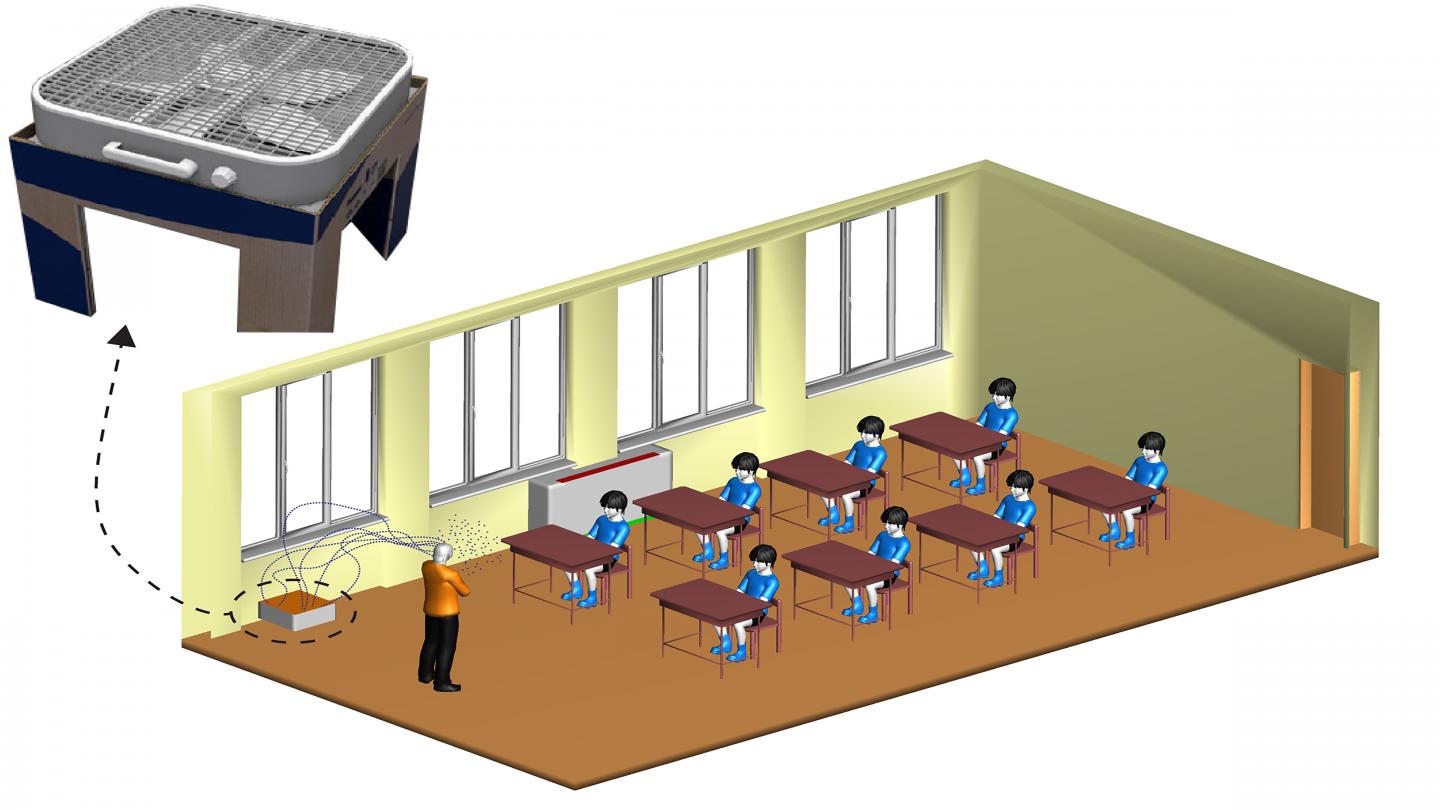 WASHINGTON, May 11, 2021 — Improved ventilation can lower the risk of transmission of the COVID-19 virus, but large numbers of decades-old public school classrooms lack adequate ventilation systems. A systematic modeling study of simple air cleaners using a box fan reported in Physics of Fluids, by AIP Publishing, shows these inexpensive units can greatly decrease the amount of airborne virus in these spaces, if used appropriately.

A low-cost air cleaner can be easily constructed from a cardboard frame topped by an air filter and a box fan. The air filter is placed between the fan and the cardboard base. The fan is oriented so that air is drawn in from the top and forced through the filter, discharging cleaned air downward.

The investigators measured the clean air delivery rate of the air cleaning system in experiments conducted at two independent laboratories. Tobacco smoke was used to simulate the airborne virus, since the virus is known to travel through the air after exhalation in droplets about the same size as smoke particulates.

The experimental measurements were incorporated into a detailed computational model of a classroom. In addition to the box fan air cleaner, a ventilation unit known as an HUV, or a horizontal unit ventilator, was included in the simulation. This type of ventilation system is very common in public schools and is usually placed along an outside wall, drawing in air near the floor and exhausting it at the top to circulate fresh air around a classroom.

A cloud of virus particles was assumed to enter the simulation from an infected individual. The investigators assumed this individual was the instructor and experimented with different placements of the box fan air cleaner.

“Placing the air cleaner near the potential infector is the most effective way to reduce the aerosol spread,” said author Jiarong Hong.

The simulations showed the best results were obtained by shifting both the box fan air cleaner and the infected instructor to a location near the HUV.

“At this location, owing to its proximity to both the infector and the HUV, the air cleaner extracts the majority of aerosols, leaving only a small percentage suspended in the air,” Hong said.

“In addition, we find that in large classrooms, distributing multiple air cleaners in the space is more effective in controlling aerosol spread than simply enhancing the flow rate of the HUV or air cleaners alone,” Hong said.