Bottom sediment reveals that the climate change flows into lakes

Increasing amounts of dark coloured carbon compounds that originate from the catchment area flow into the Arctic and northern lakes. 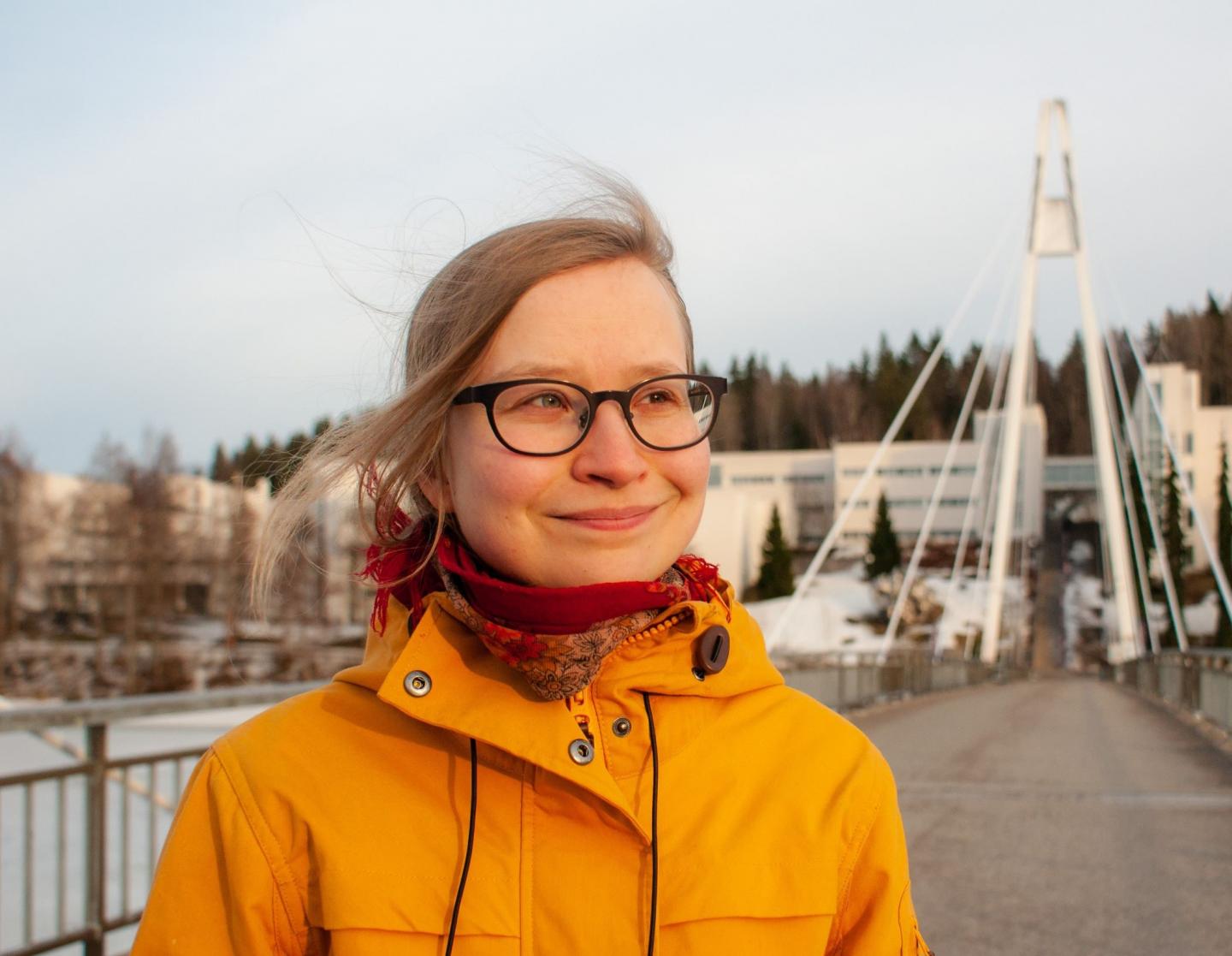 Increasing amounts of dark coloured carbon compounds that originate from the catchment area flow into the Arctic and northern lakes. They alter resource utilization and community structure of macroinvertebrates, says MSci Henriikka Kivilä in her doctoral thesis in aquatic sciences at the University of Jyväskylä. Long term sediment records also revealed that in addition to surface flow, nutrients of marine origin may have a significant role in the future of the Arctic coastal lakes.

Thawing permafrost, increases in tundra vegetation and changes in precipitation patterns are well-known impacts of climate change in the Arctic landscapes. Carbon compounds originating from the permafrost and thicker soils end up to lakes along surface flow and become processed by different organisms there.

In her thesis Henriikka Kivilä looked into how material from outside of the lakes (allochthonous material) has affected the functional assemblage structures and resource utilization in the lakes by using lake sediment archives.

The results show that more terrestrial components were incorporated into the food web when terrestrial load was stronger. Increased terrestrial loading boosted the productivity in the lakes and altered the macroinvertebrate functional assemblages by for example reducing the proportion of filter-feeders.

Functional groups of macroinvertebrates can be classified for instance by how they collect their food, such as predators, filter-feeders and collectors. Macroinvertebrates take part in processing the carbon load in lakes, as by feeding and moving at the bottom they affect the amount of carbon and nutrients bound to the lake sediment.

“Changes of the functional groups are important in the ecosystem, as they indicate larger scale structural changes than species changes. They also relate to the ecosystem’s resilience against environmental change. So far, there is very little research of this type from long-term records”, Kivilä notes.

Keys to the future from the past

Kivilä says that past changes help us to predict future changes.

“From our Canadian sediment core record we observed that especially nutrients of marine origin boosted the primary production in the lake. In the future, sea-level rise induced by climate change can turn the Arctic coastal lakes more productive”, Kivilä says.

Allochthonous carbon inputs boost microbial production in the northern lakes, which increases carbon dioxide emissions from the lakes. Aquatic primary producers, such as algae and other photosynthesizing organisms, bind carbon dioxide but often there is more carbon dioxide released than bound.

“The northern lakes have a significant role in the global carbon cycle, therefore it is important to understand what happens to these allochthonous inputs in the lakes and how do they affect the lake ecosystems. We need this kind of information for predicting impacts of climate change in the future.”

In her PhD thesis Kivilä studied surface sediment samples and two sediment cores covering some thousands of years from lakes located in Finnish Lapland and Arctic Canada. She studied resource utilization of macroinvertebrates from stable isotope signatures of carbon and nitrogen from fossil insect remains. The origin of the nutrition consumed by the insects can be modelled based on the stable isotope ratios.

Choosing most cost-effective practices for sites could save in bay…