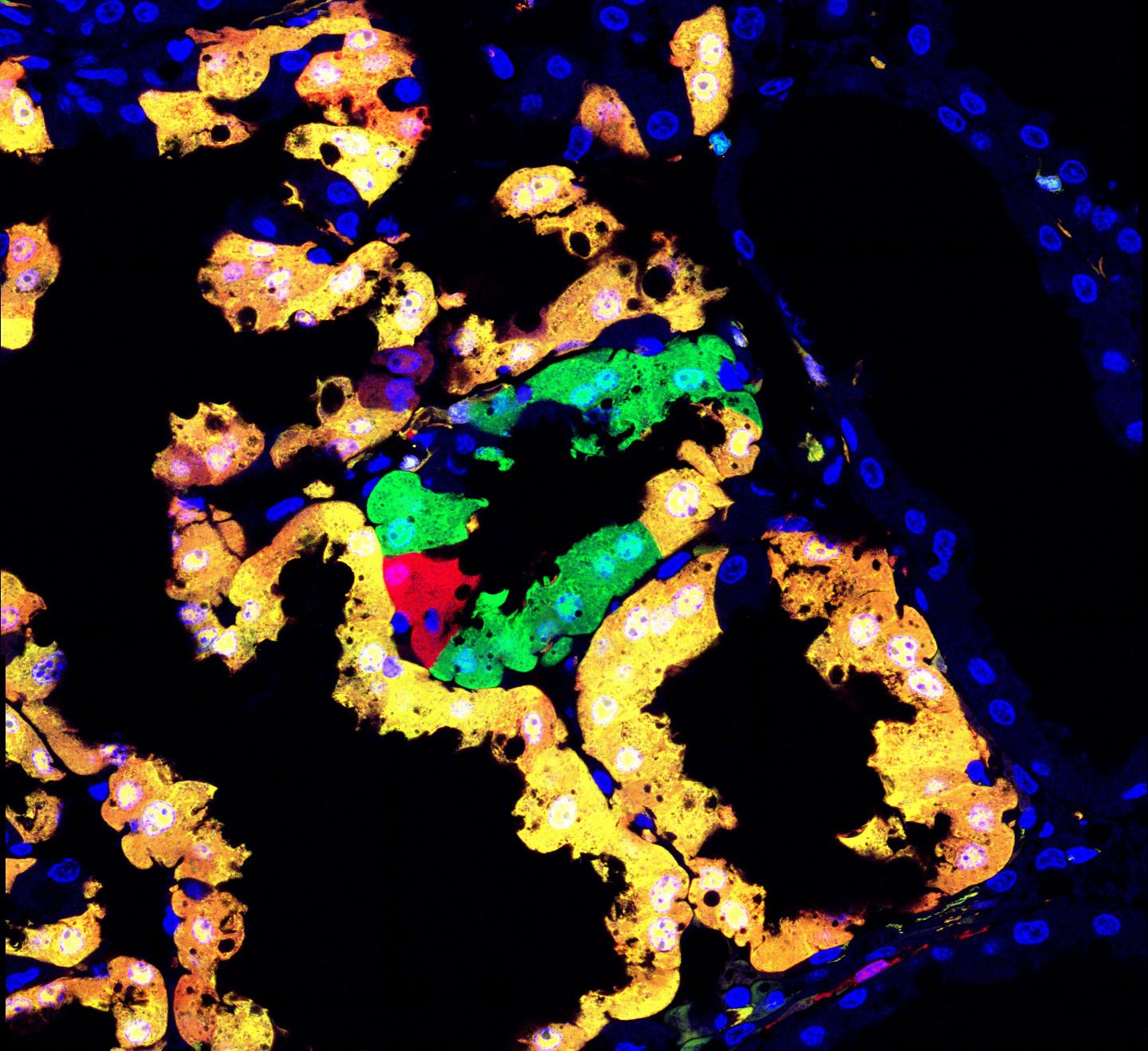 A common quirk of nature used to understand genes

One experimental genetic mosaic approach is called Mosaic Analysis with Double Markers (MADM), in which genes are mutated in individual cells while, at the same time, the mutated cells are labelled in fluorescent colors. “MADM is a marking technology, where we can in principle mark cells that could be mutant for any gene of interest, in any organ we are interested in”, lead author Simon Hippenmeyer explains. By altering a gene in a single cell, while keeping the remaining cells “normal”, scientists can follow what happens to the mutated single cell and gain insight into the role and function of the mutated gene. This approach is especially valuable for essential genes: Mutating an essential gene in all cells of an organism would affect the organism’s health and viability. But when mutating the gene in just a few select cells, the organism itself is unaffected, while scientists can follow what happens to the sparse mutated cells – their morphology, development, and function – at the individual cell level.

Up until now, only about 25 percent of mouse genes could be mutated and followed using the MADM technique, as MADM technology was limited to three of the mice chromosomes. Now, Hippenmeyer and his group at IST Austria have dramatically expanded this resource. The group has successfully placed the “MADM marking cassette” required for the MADM technique on all mouse chromosomes (except the sex chromosomes). Now, more than 96% of genes can be mutated and followed on the single-cell level using MADM. “We can now easily manipulate almost every mouse gene, and subject every gene to high-resolution, phenotypic genetic mosaic analysis”, Hippenmeyer explains.

Hippenmeyer anticipates that this resource will be a boost to the study of disease and general mechanisms of development. “Now, we can study genes associated with diseases that emerge from a single mutated cell, of which cancer is the prime example. With our resource, researchers can systematically study every single known tumor suppressor gene and its role in cancer development and evolution, including in combination with other mutations.” In recent years, researchers have used MADM in several cancer studies, including for screening for drug targets. “Our MADM library is not only a way to analyze disease progression, but also provides a platform for drug and drug target discovery”, Hippenmeyer adds. “This is not limited to cancer, MADM can also be used to study and understand disease in many contexts including neuro-developmental and other brain disorders, which is a prime interest of the Hippenmeyer group.”

In their paper, Hippenmeyer and his group used the novel resources to expand the MADM application spectrum and shed light on an intriguing problem in biology. They found evidence that chromosome segregation during asymmetric cell division follows a non-random pattern. “Our results indicate for the first time in vivo, that the way how parental chromosomes segregate during stem cell division could instruct the cellular fate of resulting daughter cells. In a broader context these findings are relevant for our general understanding of stem cell biology and perhaps the mechanisms of cancer progression” In future, Hippenmeyer, a neuroscientist, will use the expanded capabilities of MADM to study stem cell behavior during brain development and the mechanisms ensuring that brains develop to the correct size. In humans, disorders of brain size, such as micro- and macroencephaly, are associated with epilepsy and intellectual disability. “We can now ask what goes wrong in a stem cell, so that the brain develops to be too large or too small. We anticipate that our future results can also provide a basis of prospective stem cell-based brain repair and regeneration”.