A new volume in Cambridge University Press’s “African American Literature in Transition” series brings a fresh perspective to a decade – the 1930s – that is often overshadowed by the Great Depression as well as by literary developments that came before and after it. 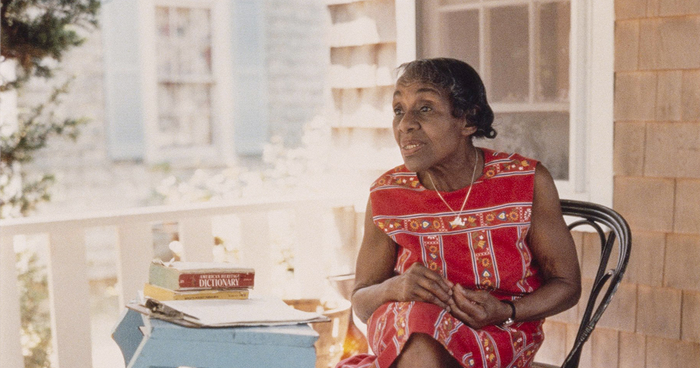 A new volume in Cambridge University Press’s “African American Literature in Transition” series brings a fresh perspective to a decade – the 1930s – that is often overshadowed by the Great Depression as well as by literary developments that came before and after it.

The book, co-edited by University of Kansas Associate Professor of English Ayesha Hardison is the subject of a news release, published today at the KU News Service website, here: http://news.ku.edu/2022/06/20/book-gives-fresh-perspective-black-literature-1930s

The text is pasted in below, too, FYI.

If you’d like to interview Ayesha Hardison about “African American Literature in Transition, 1930-1940,” or if you ever need an expert on Black literature of the period and how it presaged later cultural developments, please contact me, KU News Service Public Affairs Officer Rick Hellman, at [email protected] or 913-620-8786 (mobile; leave a message) to set it up.

Thanks for your attention.

LAWRENCE – In the conventional telling of African American literary history, the 1930s are overshadowed, at best, by the Harlem Renaissance of the 1920s and the social realism/protest novels of the 1940s. But a new volume on the decade marked indelibly by the Great Depression takes a closer look and finds important transitions between one era and the other occasioned by such disparate forces as the New Deal and the Communist Party USA.

“African American Literature in Transition, 1930-1940” —– link to: https://doi.org/10.1017/9781108560665 —— is the 10th volume in a planned series of 17 from Cambridge University Press. University of Kansas Associate Professor of English Ayesha Hardison co-edited the collection of essays with her Vassar College counterpart, Eve Dunbar. The 12 contributors include KU Professor Emeritus of English John Edgar Tidwell, whose chapter is titled “Racial Representation and the Performance of 1930s African American Literary History.”

Hardison said the assignment to concentrate on the 1930s “felt like an intellectual challenge and a learning opportunity. It was not only an invitation to highlight some understudied writers, but also a chance to collaborate with scholars who have been conducting interesting research on them.”

Faced with the racist absence of major publishing opportunities, Hardison said, some writers of the 1930s, e.g., Hurston and Wright, latched on to Works Progress Administration programs like the Federal Writers’ Project. They wrote anything they could get paid for, including state guidebooks, though they were not always credited for their contributions. Others documented the experience of economic privation in the form of theater. Art from a WPA artist illustrates Hardison and Dunbar’s introduction to the book, and one chapter references James Van Der Zee’s photography.

Another important, alternative stream of thought – communism – was also explored by Black writers in the 1930s, including Kansas-born Frank Marshall Davis, who would later become an acquaintance of and influence on the future President Barack Obama.

“The Communist Party was another kind of professionalizing opportunity for various writers,” Hardison said. “Not only for someone like Richard Wright, whose party affiliation was well known, but also other writers that emerged later in the African American literary tradition like Ralph Ellison, whose association with the party is not as widely known. The party compelled writers to think about economic and labor conditions, to think about the working class, to include them as characters and to center social commentary in their work. Such politics and aesthetics help shape the kind of protest novels emerging in the 1940s.”

Moreover, Hardison said, communist thought informed an “internationalist” orientation among a segment of the Black intelligentsia, linking the African American human-rights struggle with liberation movements around the globe. In this way, she said, the social critiques of the ’30s presage not just the 1940s, but also the Black Arts and Black Power movements of the 1960s.

Hardison said the new book offers additional perspectives, including insight on the value of literature and the humanities, more broadly, to society.

“Despite the limited publishing and financial opportunities for writers during the 1930s, they worked in various genres to document the experience of African Americans. They saw their creative work as important to racial representation, social politics, educational development and the greater good,” Hardison said.