Body plan evolution not as simple as once believed

Hox gene is only part of what determines evolution of limbs, vertebrae in animals 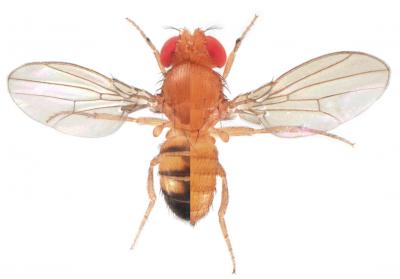 The role of Hox genes in changing the layout of different body parts during evolution has been challenged by a study led by researchers out of the University of Pittsburgh’s Department of Biological Sciences.

Hox genes are vital to developing differences in repeated body parts such as vertebrae, limbs, or digits in most animal species, including human beings. Ever since their discovery, scientists have thought that modifications to Hox genes could be the primary way that the animal body plan has been altered during evolution.

The paper, “Changes throughout a genetic network masks the contribution of Hox gene evolution,” discusses experiments that pinpoint evolutionary changes in a Hox gene, but found that several other genes had evolved alongside it to generate a difference in pigmentation along the fruit fly body plan. The paper was published in Current Biology June 27.

The experiment identified evolutionary modifications in Hox gene Abd-B that caused a drastic loss of expression on the body of the Dropsophila santomea (D. santomea) fruit fly. The same gene is necessary for the fruit fly’s sister species, Dropsophila yakuba (D. yakuba,) to express body pigmentation, so changes to that gene were expected to cause a loss of pigmentation across the species.

However, when researchers restored the D yakuba Abd-b gene to D. santomea, it did not restore or increase the amount of pigmentation shown. Researchers said that outcome is the result of four other genes within the D. santomea pigmentation network, three of which evolved in ways that prevent it from responding to Hox gene Abd-B.

“Hox genes are clearly very important regulators of animal development, setting up animal body plans and showing signs of change in all sorts of creatures whose body plans differ. This work shows just how complex the process of evolving those differences can be. It takes all sorts of genes working together to generate these phenotypes,” said Mark Rebeiz, an associate professor of evolutionary development who was a lead author on the paper.

The paper was written by Rebeiz and Ph.D. student Yang Liu, with help from researchers from Princeton University, University of Dayton, Columbia University and Howard Hughes Medical Institute.

Unusual eating behaviors may be a new diagnostic indicator for autism

First identification of a heavy element born from neutron star…