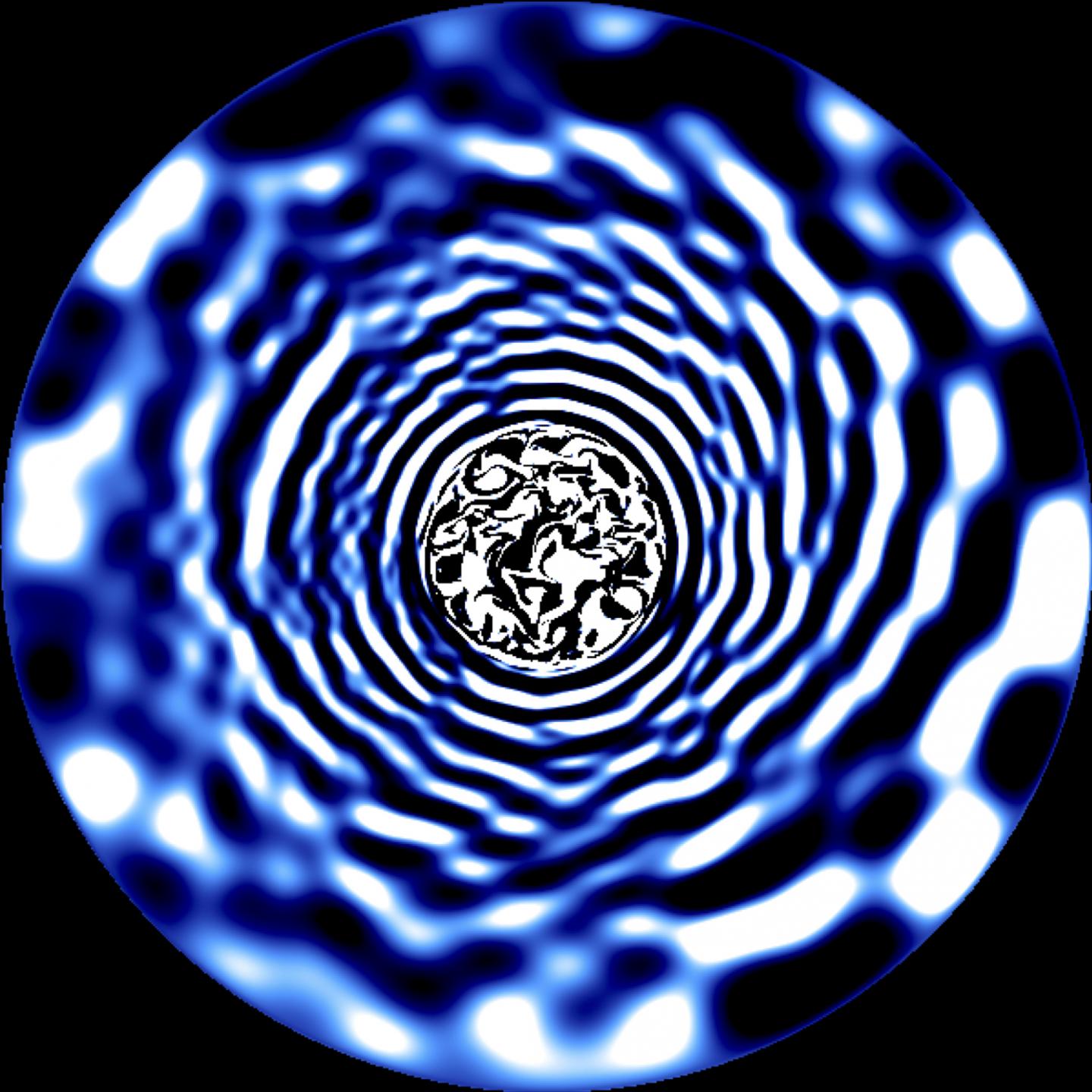 Since the dawn of humanity, the stars in the night sky have captured our imagination. We even sing nursery rhymes to children pondering the nature of stars: “Twinkle, twinkle little star, how I wonder what you are”. Telescopes are able to probe far into the universe, but astronomers have struggled to ‘see’ inside the stars. New space telescopes allow astronomers to ‘see’ the waves that originate in the deep interior of the stars. This makes it possible to study these stars using asteroseismology, a similar technique to how seismologists use earthquakes to study the Earth’s interior.

Stars come in different shapes, sizes and colours. Some stars are similar to our Sun and live calmly for billions of years. More massive stars, those born with ten times or more the mass of the Sun, live significantly shorter and active lives before they explode and expel their material into space in what is called a supernova. Blue supergiants belong to this group. Before they explode, they are the metal factories of the universe, as these stars produce most chemical elements beyond helium in the Periodic Table of Mendeleev.

For the first time, researchers have been able to ‘see’ beneath the opaque surface of blue supergiants. “The discovery of waves in so many blue supergiant stars was a eureka moment,” says postdoctoral researcher Dominic Bowman who is the corresponding author for this study: “The flicker in these stars had been there all along, we only had to wait for modern space telescopes to be able to observe them. It is as if the rock-and-roll stars had been performing the whole time, but only now NASA space missions were able to open the doors of their concert hall. From the frequencies of the waves at the surface, we can derive the physics and chemistry of their deep interior, including the stellar core. These frequencies probe how efficiently metal is produced and how it moves around in the factory.”

“Before the NASA Kepler/K2 and TESS space telescopes, few blue supergiants that vary in brightness were known,” says Bowman (KU Leuven). “Until now, we had not seen these waves causing shimmering and twinkling on the surface of blue supergiants. You need to be able to look at the brightness of an individual star for long enough with a very sensitive detector before you can map out how it changes over time.”

Therefore, it appears that the nursery rhyme sung to children, “Twinkle, twinkle little star, how I wonder what you are” is not so far removed from the reality of modern-day space telescope observations. “We are now entering a golden age of asteroseismology of hot massive stars thanks to modern space telescopes. The discovery of these waves in blue supergiants allows us to study the progenitors of supernovae from a novel perspective”, Bowman concludes.

Scienmag Mar 6, 2019
Unitaid has awarded a US$25.3 million grant to the Barcelona Institute for Global Health for a project that seeks…