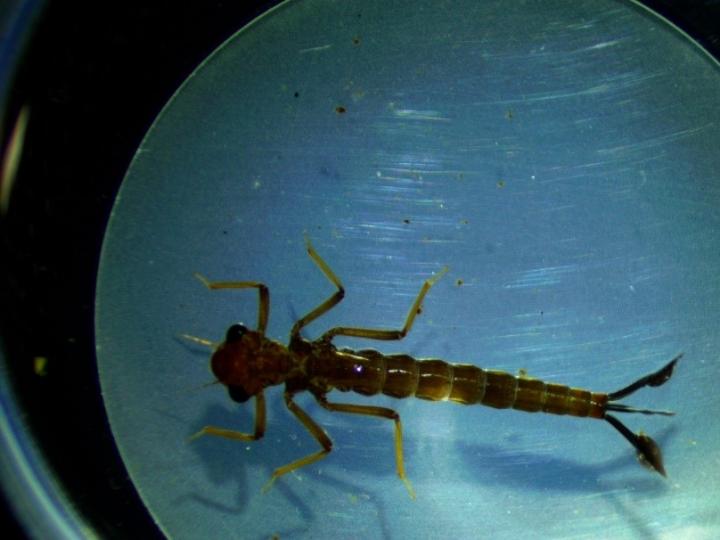 The common perception that pesticides reduce or eliminate target insect species may not always hold. Jennifer Weathered and Edd Hammill report that the impacts of agricultural pesticides on assemblages of aquatic insects varied resulting in distinct ecological winners and losers within aquatic communities. While pesticides reduced many species, the evolution of pesticide resistance allowed the mosquito Wyeomyia abebala to actually benefit from the application of the pesticide-Dimenthoate. This benefit appeared to occur as pesticide-resistant mosquitoes were able to colonize habitats that had reduced numbers of predators and competitors due to the direct effects of Dimenthoate. Their results are reported in a recent issue of Oecologia (doi.org/101007/s00442-019-04403-2).

Weathered and Hammill, a student and faculty member from the College of Natural Resources at Utah State University, conducted extensive analyses of aquatic invertebrate communities within tropical bromeliads. They found that invertebrate biodiversity was reduced in bromeliads exposed to the pesticides compared to assemblages from pristine, non-agricultural areas. Surprisingly however, bromeliads from areas with pesticide use exhibited high densities of W. abebala. “Our toxicity bioassays showed that W. abebala from agricultural areas had ten times the Dimethoate tolerance compared to non-agricultural W. abebala. Combining the toxicity experiments with field observations gave us a better understanding of possible mechanisms driving community patterns across landscapes,” says Jenn Weathered. Additional analyses indicated that the loss of a predatory damselfly, Mecistogaser modesta, from pesticide-treated locations allowed pesticide-resistant mosquitoes to colonize these habitats that lacked predators. The results were confirmed in both a laboratory and a field transplant experiment where mosquito density was impacted by pesticide use and the presence of the damselfly, but not by the original location of the bromeliads. “Our results show that the addition of novel chemicals into natural systems may lead to the opposite result of what we’d expect, and that we must think about effects on whole communities of species,” says Edd Hammill.

Results of this study indicate that biodiversity of aquatic invertebrates was strongly reduced in habitats exposed to an agricultural pesticide, but that differential resistance responses by some invertebrates allowed some non-intuitive increases in species that have the potential to impact human health. The authors stress that to understand the response of novel stressors on individual species, assessment of entire communities of organisms needs to be considered.

New research from Arctic: Thawing permafrost peatlands may add to…