30-year data set shows that birds are breeding earlier, at a cost 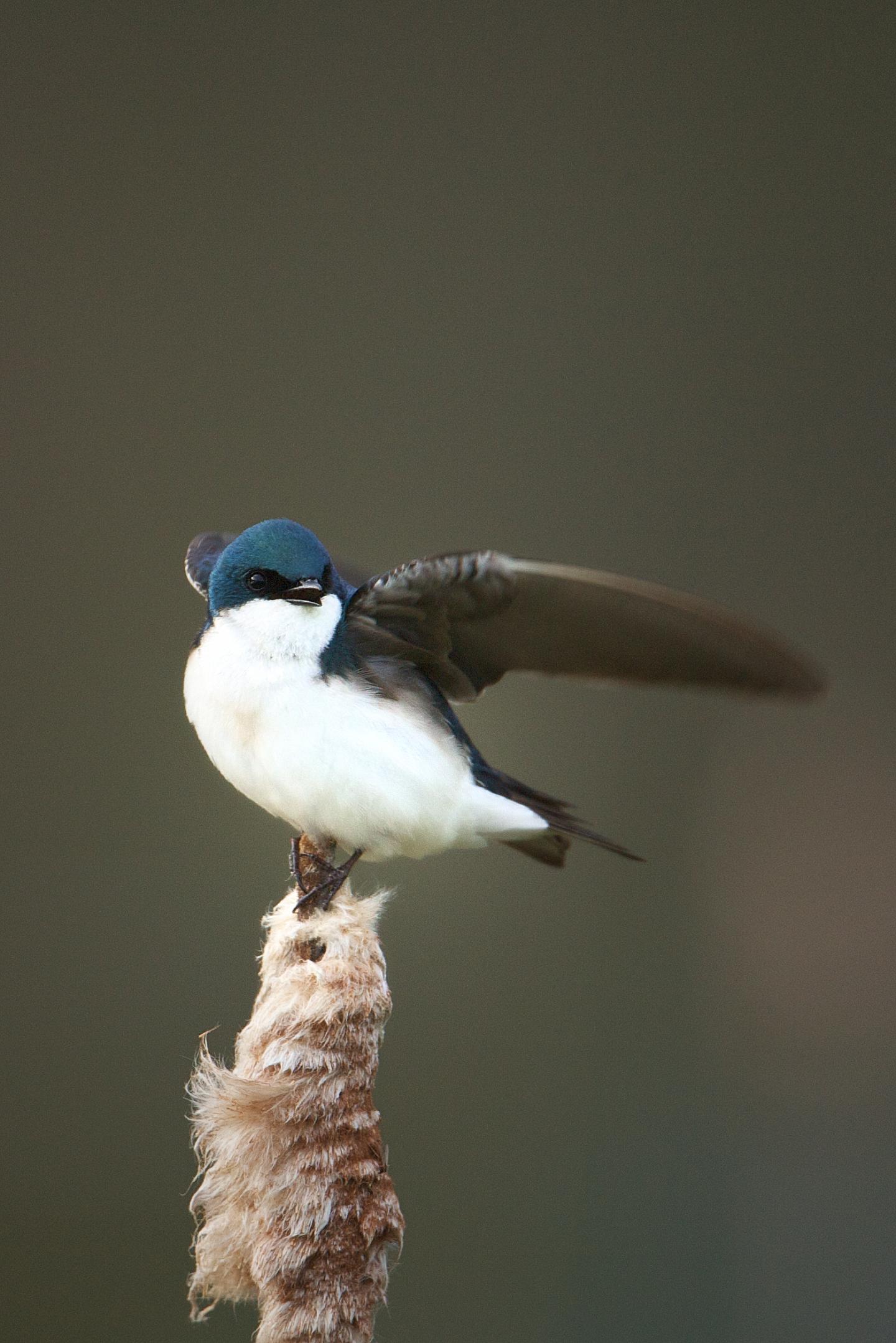 Surviving on a warming planet can be a matter of timing–but simply shifting lifecycle stages to match the tempo of climate change has hidden dangers for some animals, according to new research from the Max Planck Institute of Animal Behaviour and Cornell University.

The study, published in PNAS, has uncovered drastic consequences for birds that are breeding earlier in lockstep with earlier starts of spring: chicks hatching earlier face increased risk of poor weather conditions, food shortages and mortality.

The researchers, who examined decades of data on weather, food availability and breeding in Tree Swallows, say that the timing of when to breed and when food is available is becoming decoupled for some animals–highlighting the complexity behind how organisms respond to climate change.

In recent years, studies have raised concerns about whether or not species can adapt, or “keep pace” with climate change. Particular emphasis has been placed on phenology-the timing of life cycle events such as breeding and migration–and the importance of adjusting this to track rising temperatures and earlier arrivals of spring.

“Our results raise the possibility that animals relying on food resources that can rapidly change in abundance due to the weather may be particularly at risk to climate change,” says Shipley.

The study has exposed strong fitness consequences for birds that are advancing breeding at a similar rate to climate change. But it may also provide clues to the mystery of why aerial insectivorous birds, such as swallows, swifts, flycatchers, and nightjars, are declining faster than other groups in much of North America and Europe.

Weather in spring can change quickly and tends to be more unpredictable earlier in the year. The activity of flying insects is determined by weather, which means they are stochastically available.

“For birds that feed on flying insects, one day is feast, the next is famine.
This means during unusually warm springs, parents are betting current conditions that prompt earlier egg laying are indicative of similar good conditions for rearing hatched young 3 weeks in the future,” says Shipley.

The results lay bare a previously unobserved threat to aerial insectivorous birds. “Considerable attention has been given to potential widespread decline of insect populations and this might be hitting insectivorous birds particularly hard. But we show a mechanism that doesn’t require change in insect abundance–just availability over short time, like a few days.”

The researchers studied a population of Tree Swallows in Ithaca, New York, that have been the focus of a remarkable 30-year experiment–studies of this length are rare in the field of ornithology. This allowed them to analyze a series of long-term data of Tree Swallow reproduction (over 30 years) daily insect abundance (over 25 years) and weather (over 100 years). “Long-term studies like these are essential to understand how and why species are affected by climate change. They can also provide valuable insights into how organisms function, interact and evolve in complex ecological networks,” says Maren Vitousek, a professor at Cornell University, which operates the Tree Swallow’s long-term research facility in Ithaca.