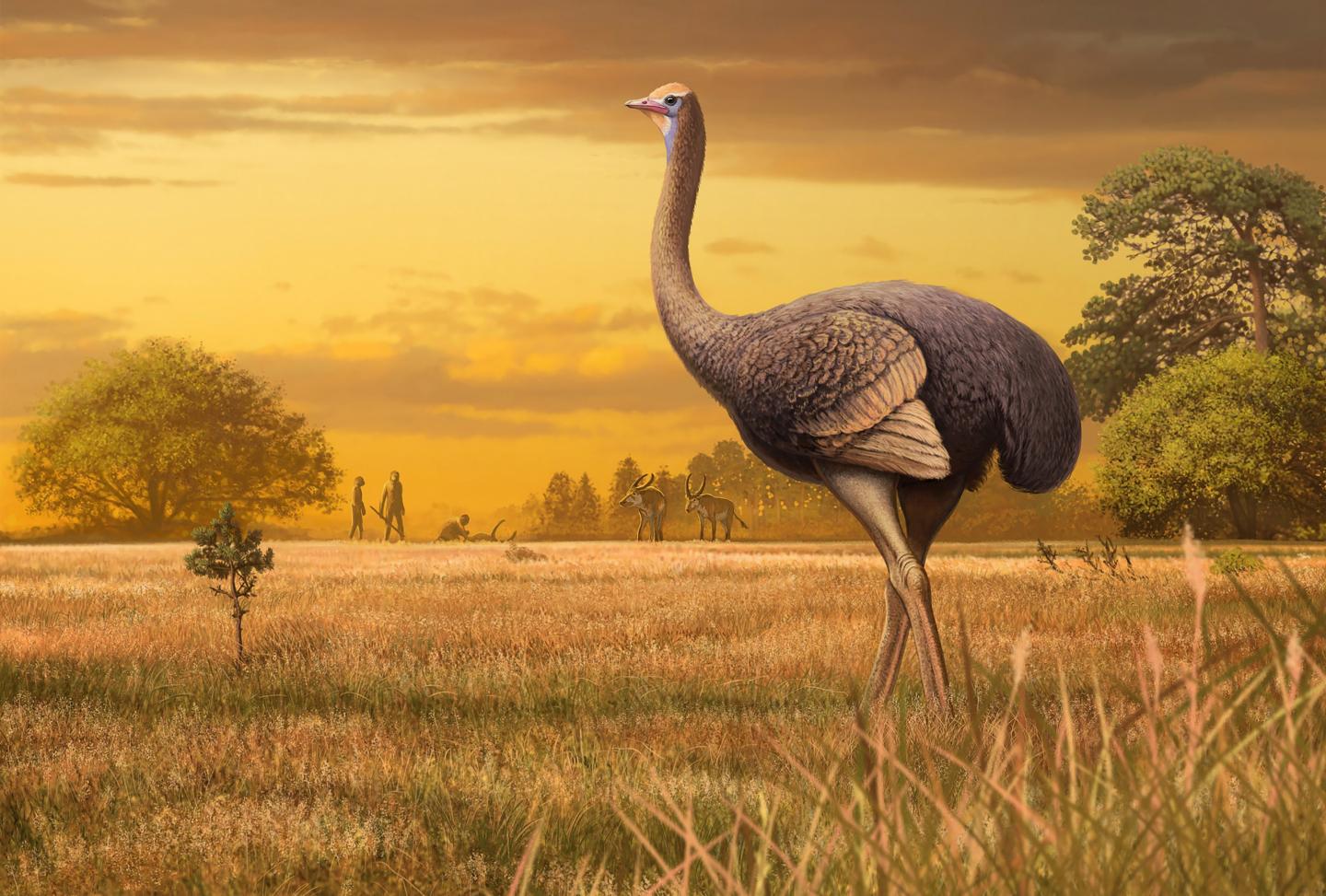 A surprise discovery in a Crimean cave suggests that early Europeans lived alongside some of the largest ever known birds, according to new research published in the Journal of Vertebrate Paleontology.

It was previously thought that such gigantism in birds only ever existed on the islands of Madagascar and New Zealand as well as Australia. The newly-discovered specimen, discovered in the Taurida Cave on the northern coast of the Black Sea, suggests a bird as giant as the Madagascan elephant bird or New Zealand moa. It may have been a source of meat, bones, feathers and eggshell for early humans.

“When I first felt the weight of the bird whose thigh bone I was holding in my hand, I thought it must be a Malagasy elephant bird fossil because no birds of this size have ever been reported from Europe. However, the structure of the bone unexpectedly told a different story,” says lead author Dr Nikita Zelenkov from the Russian Academy of Sciences.

“We don’t have enough data yet to say whether it was most closely related to ostriches or to other birds, but we estimate it weighed about 450kg. This formidable weight is nearly double the largest moa, three times the largest living bird, the common ostrich, and nearly as much as an adult polar bear.”

It is the first time a bird of such size has been reported from anywhere in the northern hemisphere. Although the species was previously known, no one ever tried to calculate the size of this animal. The flightless bird, attributed to the species Pachystruthio dmanisensis, was probably at least 3.5 metres tall and would have towered above early humans. It may have been flightless but it was also fast.

While elephant birds were hampered by their great size when it came to speed, the femur of the current bird was relatively long and slim, suggesting it was a better runner. The femur is comparable to modern ostriches as well as smaller species of moa and terror birds. Speed may have been essential to the bird’s survival. Alongside its bones, palaeontologists found fossils of highly-specialised, massive carnivores from the Ice Age. They included giant cheetah, giant hyenas and sabre-toothed cats, which were able to prey on mammoths.

Other fossils discovered alongside the specimen, such as bison, help date it to 1.5 to 2 million years ago. A similar range of fossils was discovered at an archaeological site in the town of Dmanisi in Georgia, the oldest hominin site outside Africa. Although previously neglected by science, this suggests the giant bird may have been typical of the animals found at the time when the first hominins arrived in Europe. The authors suggest it reached the Black Sea region via the Southern Caucasus and Turkey.

The body mass of the bird was reconstructed using calculations from several formulae, based on measurements from the femur bone. Applying these formulae, the body mass of the bird was estimated to be around 450kg. Such gigantism may have originally evolved in response to the environment, which was increasingly arid as the Pleistocene epoch approached. Animals with a larger body mass have lower metabolic demands and can therefore make use of less nutritious food growing in open steppes.

“The Taurida cave network was only discovered last summer when a new motorway was being built. Last year, mammoth remains were unearthed and there may be much more to that the site will teach us about Europe’s distant past,” says Zelenkov.

The study was supported by the Russian Science Foundation (project 18-74-10081).

The labels have been added to this press release as part of a project run by the Academy of Medical Sciences seeking to improve the communication of evidence. For more information, please see: http://www.sciencemediacentre.org/wp-content/uploads/2018/01/AMS-press-release-labelling-system-GUIDANCE.pdf

The article will be freely available once the embargo has lifted via the following link:

Taylor & Francis Group partners with researchers, scholarly societies, universities and libraries worldwide to bring knowledge to life. As one of the world’s leading publishers of scholarly journals, books, ebooks and reference works our content spans all areas of Humanities, Social Sciences, Behavioural Sciences, Science, and Technology and Medicine.

Stanford study shows how to improve production at wind farms

Why language technology can’t handle Game of Thrones (yet)