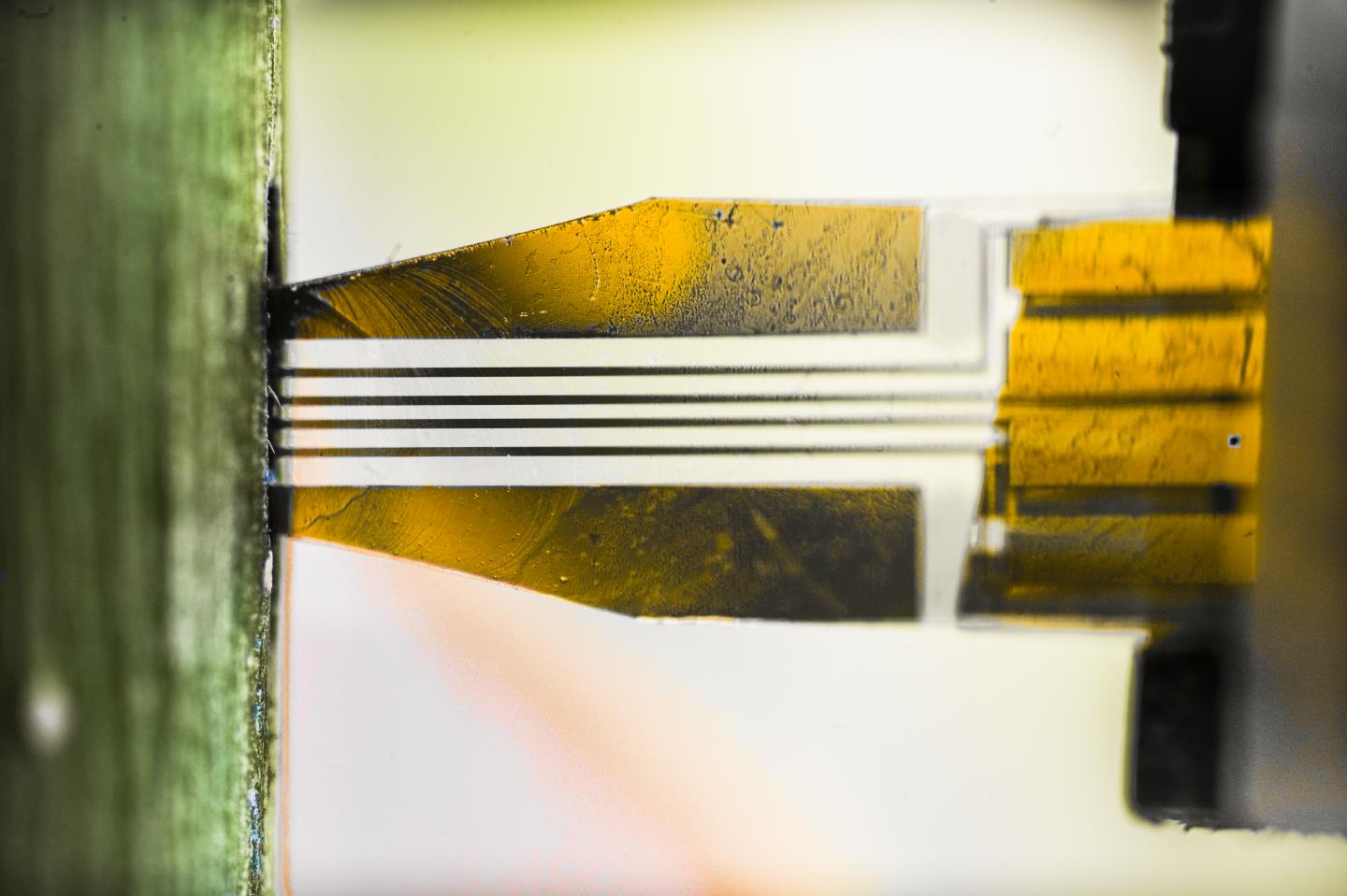 Researchers at Linköping University, Sweden, have developed biosensors that make it possible to monitor sugar levels in real time deep in the plant tissues – something that has previously been impossible. The information from the sensors may help agriculture to adapt production as the world faces climate change. The results have been published in the scientific journal iScience.

The primary source of nutrition for most of the Earth’s population is mainly plants, which are also the foundation of the complete ecosystem on which we all depend. Global population is rising, and rapid climate change is at the same time changing the conditions for crop cultivation and agriculture.

“We will have to secure our food supply in the coming decades. And we must do this using the same, or even fewer, resources as today. This is why it is important to understand how plants react to changes in the environment and how they adapt”, says Eleni Stavrinidou, associate professor in the Laboratory of Organic Electronics, Department of Science and Technology at Linköping University.

The research group at Linköping University led by Eleni Stavrinidou, together with Totte Niittylä and his group from Umeå Plant Science Centre, has developed sugar sensors based on organic electrochemical transistors that can be implanted in plants. The biosensors can monitor the sugar levels of trees in real time, continuously for up to two days. The information from the sensors can be related to growth and other biological processes. Plants use sugars for energy, and sugars are also important signal substances that influence the development of the plant and its response to changes in the surrounding environment.

While biosensors for monitoring sugar levels in humans are widely available, in particular the glucometer used by people who have diabetes, this technology has not previously been applied to plants.

“The sensors now are used for basic plant science research but in the future they can be used in agriculture to optimise the conditions for growth or to monitor the quality of the product, for example. In the long term, the sensors can also be used to guide the production of new types of plant that can grow in non-optimal conditions”, says Eleni Stavrinidou.

The mechanisms by which plant metabolism is regulated and how changes in sugar levels affect growth are still relatively unknown. Previous experiments have typically used methods that rely on detaching parts of the plant. However, the sensor developed by the research group gives information without damaging the plant and may provide further pieces of the puzzle of how plant metabolism works.

“We found a variation in sugar levels in the trees that had not been previously observed. Future studies will focus on understanding how plants sugar levels change when plants are under stress”, says Eleni Stavrinidou.

Footnote: The plants used in the experiments are hybrid aspen, Populus tremula.