Biologists discover a new type of placental structure in animals

The Cyclostomata is an ancient group of aquatic colonial suspension-feeders from the phylum Bryozoa. The fact that they have unique placentae has been discovered by researchers. 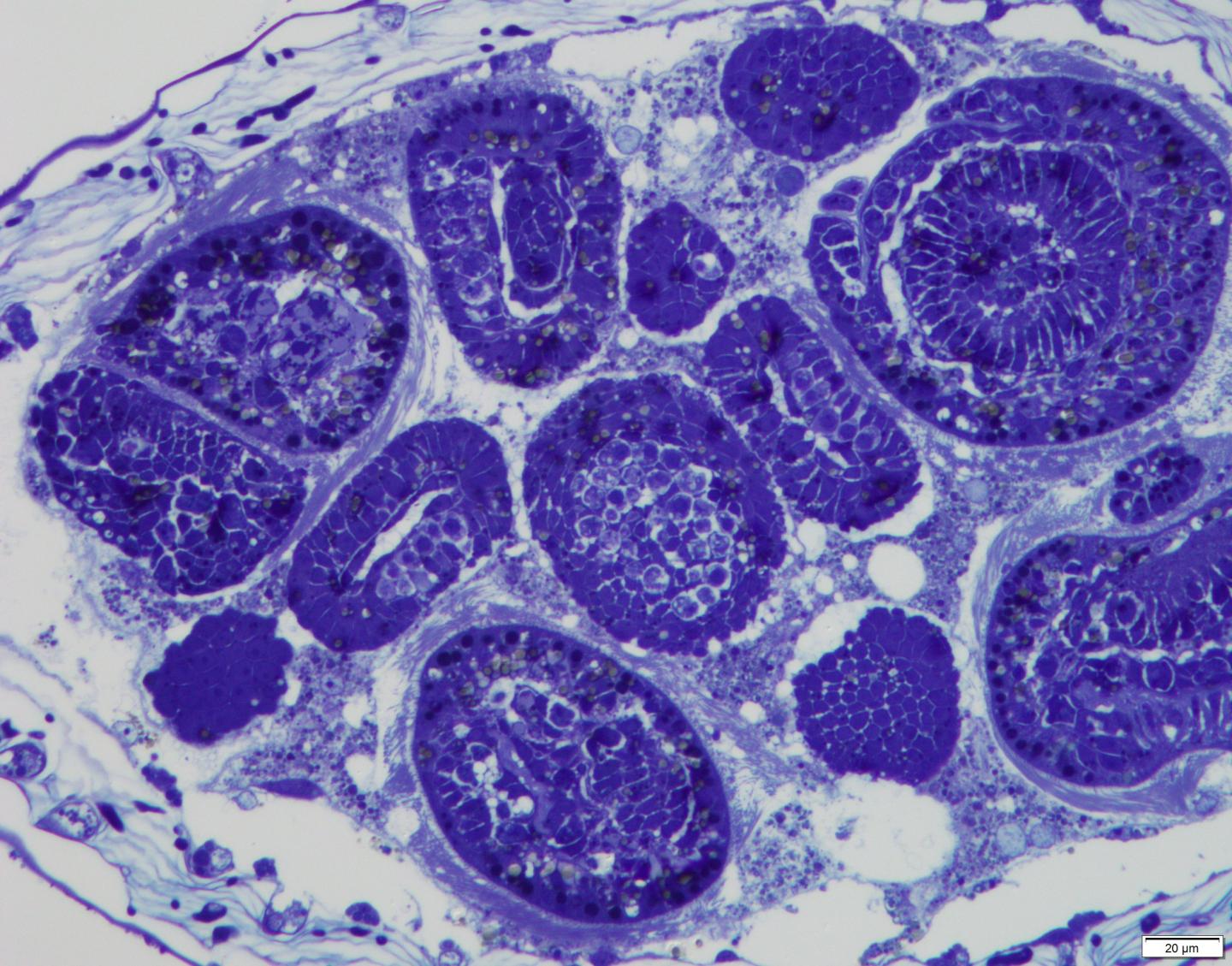 The Cyclostomata is an ancient group of aquatic colonial suspension-feeders from the phylum Bryozoa. The fact that they have unique placentae has been discovered by researchers at St Petersburg University and the University of Vienna. The coenocytes, i.e. large multinucleate cell structures, originate via nuclear multiplication and cytoplasmic growth among the cells surrounding the early embryo. Interestingly, the coenocytes are commonly found among fungi and plants, yet are quite rare in animals. It is the first time coenocytes have been discovered in placenta.

Biologists are well aware that the cells of the living organisms are incredibly different in the way that they behave. They may happen to form a multinucleate structure resulting from cell fusion, i.e. so-called syncytium with a single membrane. Such ‘behaviour’ ensures nutrient circulation with no resources and time spent on transporting between the cells. Yet similar structures can be formed through ways other than fusion, e.g. coenocytes originate via nuclear multiplication and cytoplasmic growth. Cell fusion is mainly typical of animals. For instance, in human placenta, syncytium covers embryonic placental villi, which invades the wall of the uterus to establish nutrient circulation between the embryo and the mother. In contrast, formation of coenocytes is typical of plants and fungi. Yet what these processes – cell fusion and cell growth, have in common is that they result in quite large irregular structures that resemble tissues.

‘Initially, my postgraduate student Uliana Nekliudova, who is the first author of the article, and I expected to see syncytium in the Cyclostomata. Yet what we came across was coenocytes, i.e. multinucleate structures that were previously unknown in animal placentas,’ said the head of the project and Professor at the Department of Invertebrate Zoology at St Petersburg University Andrew Ostrovsky. ‘The embryos in this group of Bryozoa are not just abut the placenta, as happens normally, but embedded into it. The placenta consists of several large coenocytes, and the coenocytic “elements” are interconnected via cytoplasmic bridges and various cell contacts. Coenocytes have different ultra-structure. This tissue shows evidence of both nutrient synthesis and transport.’

Additionally, as the scientist said, forming such a structurally complex placenta may have contributed to evolving polyembryony in this group of animals. Polyembryony is a condition in which over a hundred embryos develop from a single fertilised egg, forming larvae. Yet, the unique combination of placentation, viviparity, and polyembryony is known to occur only in the nine-banded armadillo Dasypus.

The samples were collected near the Marine Biological Station of St Petersburg University at the White Sea. The scientists also discovered that placentation originated from the organ that was responsible for pushing off tentacles. All bryozoans release sperm into water column where zooids from other colonies catch it using tentacles. The membranous sac, i.e. an organ that contains circular muscles, pushes the tentacles off. After internal fertilisation, the membranous sac becomes part of the placenta transforming to coenocytes that provide embryonic nourishment. Evolution of the cyclostome placenta, involving transformation of the hydrostatic apparatus (membranous sac) and substitution of its function to embryonic nourishment, is an example of exaptation.

Most bryozoans eject a fertilised egg and then transport it into a special brood cavity for incubation. Yet the cyclostome bryozoans do it differently. The larvae develop inside the gonozooids, i.e. colony members that serve as a placental incubator. Larval production lasts almost all summer. Developed larvae gradually leave the gonozooids.

‘Polyembryony is a so-called evolutional dead-end. You have offspring, yet they are clones. There is no genetic diversity’, said Andrew Ostrovsky. ‘The fact that the offspring are different is essential for the ability to survive. The question is why is polyembryony – that has been typical to Cyclostomata for about 200 million years according to the fossil evidence we have – resisted? What is the catch? Presumably, the bryozoans, producing clone-larvae during several months, “collide” them with a constantly changing environment. As a result, it is not genomes that change, but conditions where these genomes happen to find themselves.’