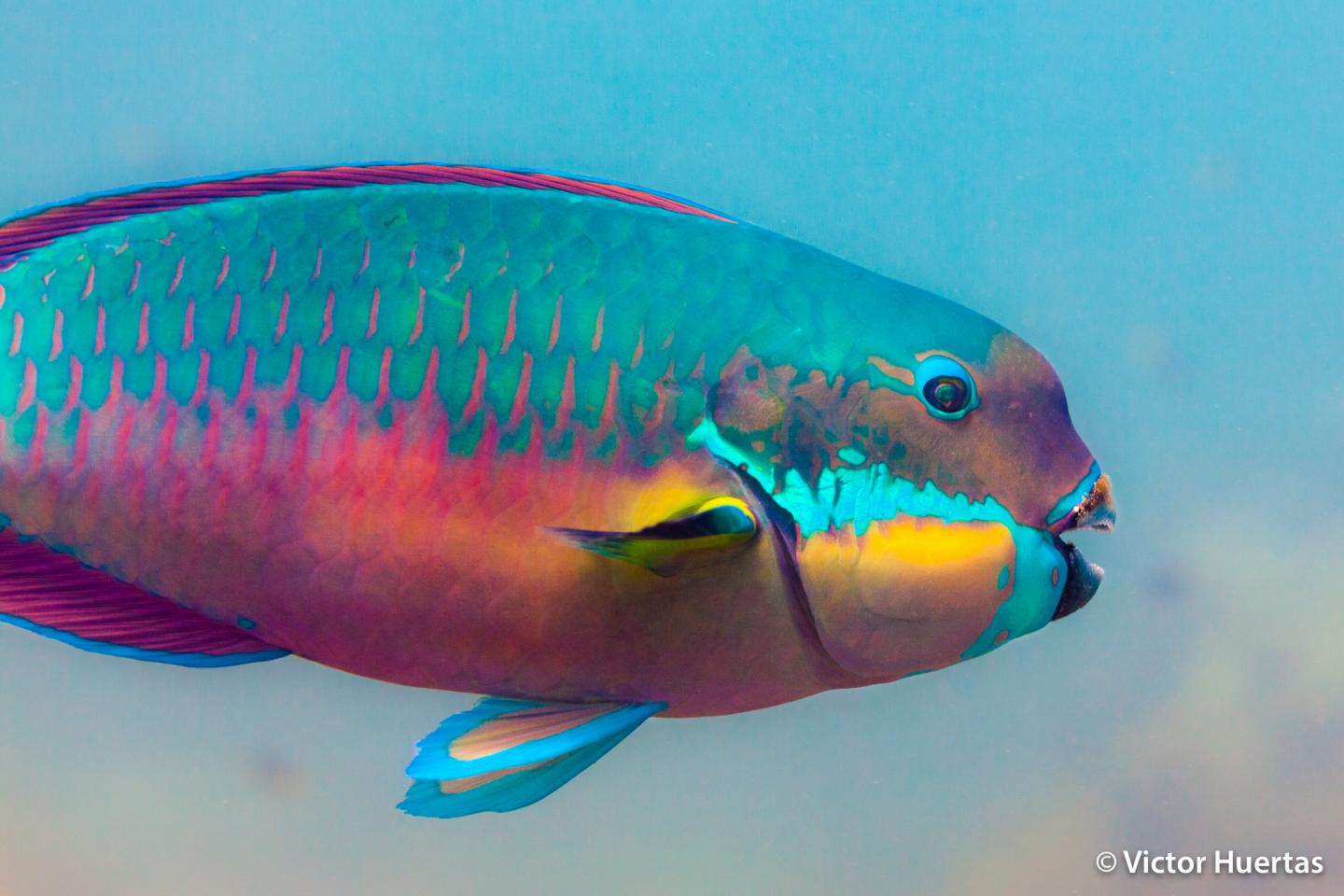 A new study reveals the diets of reef fish dictate how fast different species evolve. The breakthrough adds another piece to the fascinating evolutionary puzzle of coral reefs and the fishes that live on them.

“Up until now we knew that many factors could have influenced the pace of reef fish evolution, but these factors were never examined altogether,” said Alexandre Siqueira, the study’s lead author from the ARC Centre of Excellence for Coral Reef Studies at James Cook University (Coral CoE at JCU).

“By building an evolutionary ‘tree of life’ for nearly all fishes associated with reefs, we were able to examine the variation in rates of species formation and ask what drives it,” said co-author Dr Peter Cowman, also from Coral CoE at JCU.

The ‘tree of life’ contains more than 6,000 fish species that live on coral reefs across the globe. Ecological and geographical data–such as diet and geographical range–were also gathered for the majority of these species.

The authors were surprised to find that what really matters in reef fish evolution isn’t geography, but what fish eat and how big they get.

“We found that the fastest way to have more species, or biodiversity, on a reef is to be big and vegetarian,” said co-author Professor David Bellwood, also from Coral CoE at JCU.

“Herbivores, such as surgeonfishes and parrotfishes, are key to the ecological diversity of coral reefs today.”

The study suggests these fishes also made way for today’s coral reefs to evolve and flourish.

“By feeding on the algae that compete with corals, herbivorous fishes may have also helped corals to expand through time,” Mr Siqueira said.

“In turn, this expansion in the corals allowed the diversification of other reef fish groups that depend on them.”

And these herbivorous fishes–big and small–still maintain coral reefs to this day.

The study offers a new way of looking at reefs with a functional, rather than taxonomic, approach. Very little is known about the functional evolution of reefs: what they do and how they work. Scientists previously only looked at how many reefs there were and what species were present.

“In this study it was important to understand the origins of the functional role a fish species plays on a reef–not just the species itself,” Dr Cowman said.

Today’s coral reefs differ from their early counterparts. It was only during the Miocene, less than 23 million years ago, that herbivorous fish species developed features that allowed them to explore different areas of the reef.

“Because of this, today’s reefs are highly dynamic and have a fast turnover. These herbivores are the key element that established modern coral reefs,” Prof Bellwood said.

“Understanding how reefs are constructed throughout their evolution means we can reach a better understanding of the fundamental processes that maintain them in a healthy state today,” Mr Siqueira said.