Beyond the blood-brain barrier: HIV research at Texas Biomed gets NIH funding boost

Finding a cure for HIV has been extremely difficult, in part because the virus hides from antiretroviral treatments in one of the hardest places to reach: the brain. 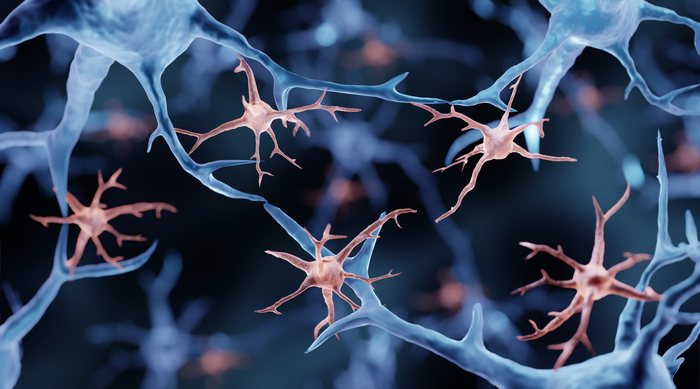 Finding a cure for HIV has been extremely difficult, in part because the virus hides from antiretroviral treatments in one of the hardest places to reach: the brain.

“HIV is a very smart virus that uses our cellular machinery to work for itself,” says Dr. Ling, who has studied simian immunodeficiency virus (SIV) in nonhuman primates, the equivalent of human immunodeficiency virus (HIV) in humans, for over 20 years. “It effectively hijacks and hides in our immune cells. We are hopeful that our proposed method will enable us to target the virus and finally eradicate HIV from the brain.”

Though HIV/AIDS has been a public health threat since 1981, there is still no vaccine or cure. Antiretroviral therapies do a good job suppressing HIV when it is actively replicating, and the virus is no longer the death sentence it once was. However, these drugs can’t recognize HIV when it has gone into hiding in its latent, non-replicating, phase. The virus hides in several cell and tissue types, including microglial cells, which are immune cells throughout the brain and rest of the central nervous system.

“These latent HIV reservoirs pose a persistent threat that the virus can rebound, and it also causes significant inflammation,” Dr. Ling says. “This can lead to hard-to-treat neurocognitive disorders, such as behavioral changes and difficulties with attention, concentration, memory, and learning.”

Over the next five years, Dr. Ling and Dr. Hu will design CRISPR/Cas9 genetic scissors that specifically identify infected brain cells, and cut out the HIV/SIV that is inserted in the DNA of those cells.

Viral vectors like this have been used since the 1970s to deliver gene-therapy and cancer treatments, but “so far there have been no good vectors that can cross the blood-brain barrier and target microglia,” Dr. Ling says. “This is going to be the most challenging part.”

With previous collaborators, Dr. Ling has used one type of AAV vector that has shown capacity in treating HIV/SIV in nonhuman primate studies. Now by partnering with Dr. Hu, they aim to develop a new type of AAV vector so it works more reliably and consistently to cross the blood-brain barrier and specifically target microglial cells.

“Our novel gene therapy approach will not only apply to neuroHIV but also to other central nervous system diseases and injuries,” says Dr. Hu, who will design the tool and test it in mouse models, while Dr. Ling tests it in nonhuman primates at Texas Biomed’s Southwest National Primate Research Center.

The CRISPR tool will also be programmed to cut certain cell receptors to block HIV/SIV from entering cells. Furthermore, it will also target and cut another protein that may contribute to inflammation in the nervous system during HIV/SIV infection.

“We want to take this very strategic, all-in-one approach so if any virus slips under the radar, we have a backup plan and can prevent the virus from entering new cells,” Dr. Ling says. “We also want to try to limit any potential inflammation, which is especially important in the brain.”