Beyond changing DNA itself, mutagens also cause errors in gene transcription

The discovery that toxic stressors can cause errors in gene transcription opens new avenues of research on diseases such as Alzheimer’s and Parkinson’s and sheds light on the potential role of the “transcriptome” in aging. 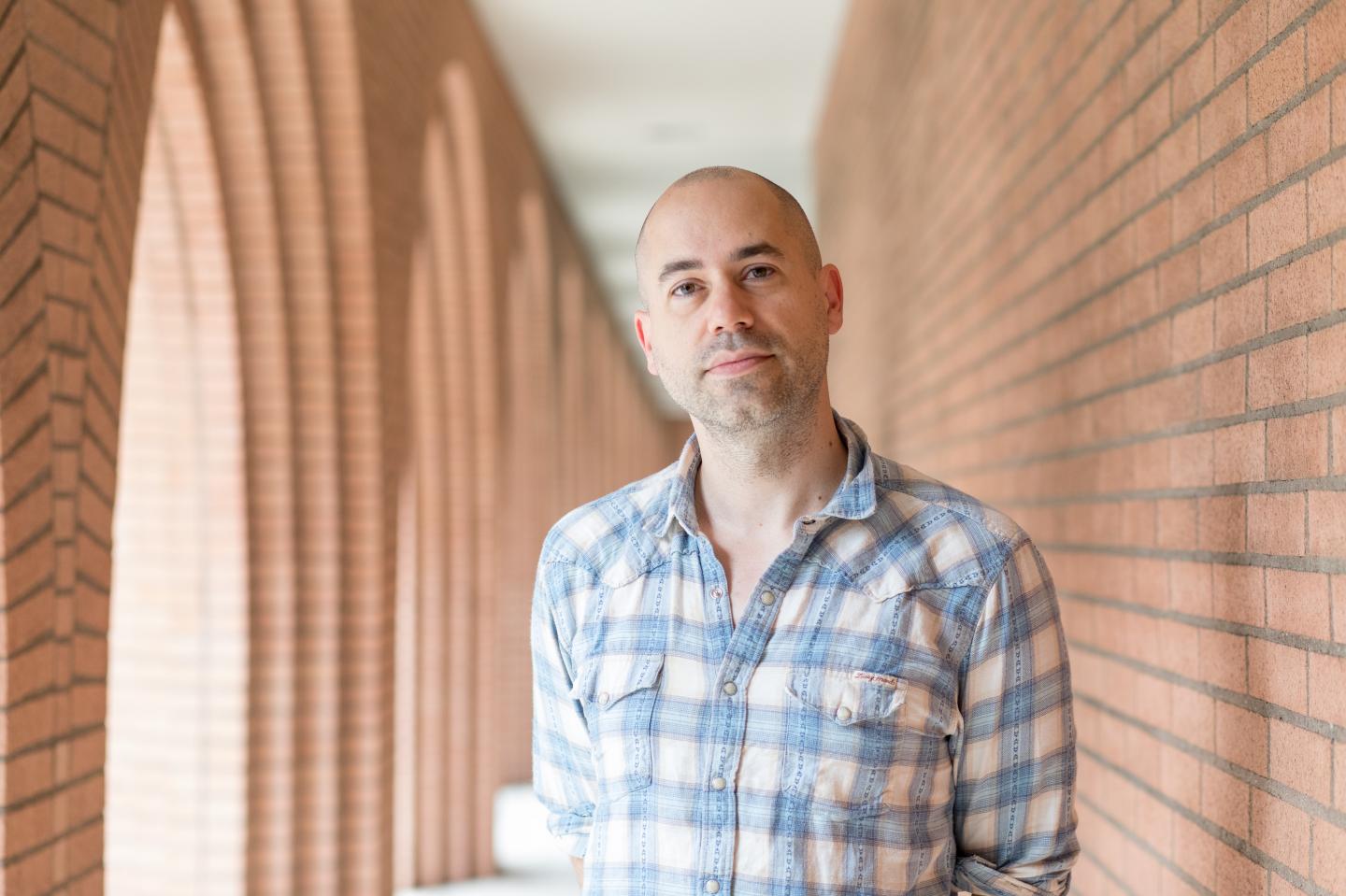 Exposure to mutagens, or mutation-causing agents, can not only bring about changes in DNA but also appear to induce errors when genes are transcribed to make proteins, which may be an important factor in age-related diseases.

USC Leonard Davis School of Gerontology Assistant Professor Marc Vermulst and colleagues made the discovery by using state-of-the-art circle sequencing techniques to determine how frequently molecules called RNA polymerases make mistakes when they read (or “transcribe”) our DNA. RNA polymerases transcribe DNA to make temporary copies of genes, which are then used to build all of the proteins required to keep us alive and healthy.

Vermulst compared our cells to a busy kitchen, teeming with hundreds of chefs that are all making dishes out of a single recipe book. Because it’s so busy, they cannot take the recipe book with them when an order comes in. So instead they send the kitchen staff to the recipe book to read the recipes as carefully as possible and then bring the instructions to the chefs. Our cells work in a very similar manner. When an “order” for a protein comes in, RNA polymerases are sent to our genome (or in other words, our recipe book), to make a temporary copy of a gene. That temporary copy is then brought to the chefs, who cook the protein just like the message they received dictates. In this example, transcription errors could be an incorrect amount or ingredient that wasn’t properly recorded by the person jotting down the recipe.

“The molecule doing the reading and writing is what’s introducing the errors, even if the DNA itself isn’t mutated,” he explained.

To demonstrate that a mutagen – an agent that can cause a genetic mutation – can induce these errors, Vermulst and his team exposed yeast cells to the chemical N-Methyl-N?-nitro-N-nitrosoguanidine (MNNG), then screened for transcription errors. The cells exposed to MNNG displayed many more transcription errors than the unexposed cells, and in addition, the rate of transcription errors vastly outnumbered the rate of DNA mutations. The team confirmed similar results when the experiments were repeated in cells from the worm species C. elegans, fruit fly D. melanogaster and mice.

DNA mutations occur when the genome is inaccurately copied during cell division, leaving the newly formed cells with a mistake in their DNA. However, a few types of cells, including neurons and muscle cells, rarely divide in adults. These cells all still need to transcribe proteins, which means that harmful errors within these cells are much more likely to arise from transcription, Vermulst explained.

“There are a hundredfold more transcription errors being made for every DNA mutation that eventually arises,” he said.

A possible role in several diseases

The genes that code for a protein not only instruct which amino acids to put in what order but also control the specific shape into which the finished protein folds itself. Transcription errors often cause proteins to misfold into a dysfunctional shape, which can result in clusters, or plaques, of nonfunctioning proteins that hinder healthy cell function. This raises questions of how these errors may play roles in diseases such as Alzheimer’s, Parkinson’s, amyotrophic lateral sclerosis (ALS) and others, Vermulst said.

In future research, Vermulst is pushing for more investigation into whether other substances known to cause DNA mutations also affect transcription, as well as if there are any substances previously thought of as safe that may be in fact inducing transcription errors.

“This is potentially a really important finding in the context of genetic toxicology: a new mechanism by which all these molecules – from exposures in our environment or from our lifestyle choices – can result in pathology,” he said. “There could potentially be molecules that we’re eating and drinking that are deemed safe because they don’t result in any genetic changes, but do result in transcription errors, that have gone completely unnoticed because nobody had a tool to see whether or not that was happening.”

He also hopes that the research will make new links between established pillars of aging research – DNA damage, mitochondrial dysfunction, oxidative species and others – and connect them in a mechanistic way to detrimental outcomes such as Alzheimer’s, Parkinson’s and cancer. It may also help identify sources of the symptoms in DNA repair deficiency disorder, in which patients are unable to repair damage to their genome properly and often results in accelerated aging or increased cancer risk.

While recent years have seen increased interest in the “transcriptome” – the entirety of what is transcribed from a genome – Vermulst wants to focus on the accuracy of what’s being transcribed and not just the amount of each protein produced. He hopes this quality-over-quantity approach offers new insight into the fundamental processes of diseases.

“If you’ve done the same thing a hundred times and you don’t get a solution for your problem, it might be something that you’ve overlooked,” he said. “So we’re trying to find this something else.”

The study, “Genome-wide surveillance of transcription errors in response to genotoxic stress,” appeared online in Proceedings of the National Academy of Sciences on December 21, 2020. This research was supported by the National Institute on Aging Award R01AG054641 and American Federation for Aging Research young investigator award in Alzheimer’s disease to Vermulst; the Multidisciplinary University Research Initiative Awards W911NF-09-1-0444 from the US Army Research Office and NIH Award R35-GM122566-01 to Lynch; and Environmental Toxicology Training Grant T32ES019851 by the National Institute of Environmental Health Sciences to Fritsch.