A University of Texas at Arlington multidisciplinary team will use a National Institutes of Health (NIH) grant to research new ways to improve the safety and effectiveness of medical procedures on patients with inoperable enlarged hearts. 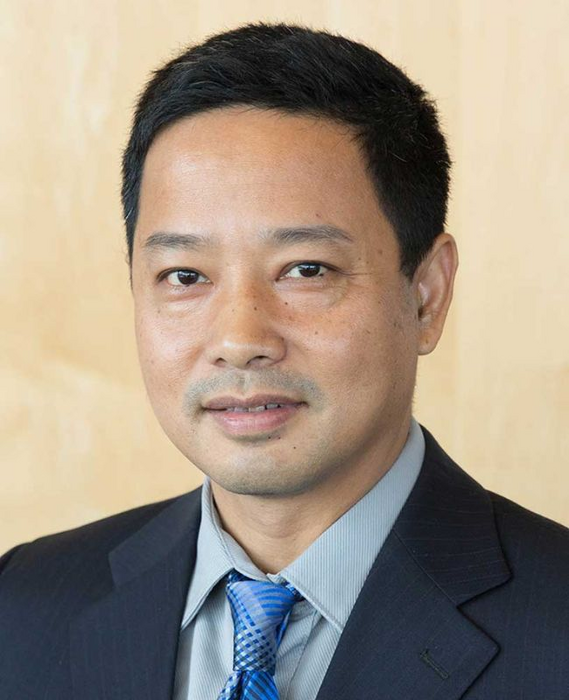 A University of Texas at Arlington multidisciplinary team will use a National Institutes of Health (NIH) grant to research new ways to improve the safety and effectiveness of medical procedures on patients with inoperable enlarged hearts.

Jun Liao, bioengineering associate professor, is leading the $433,000 project, “A Controlled Septal Ablation for Inoperable Hypertrophic Cardiomyopathy.” The funding is intended in part to provide cutting-edge biomedical research experiences for undergraduate students while enhancing the research environment at UTA.

“This project bridges bioengineering innovation to clinical need,” Liao said. “When (coinvestigator) Dr. Pietro Bajona brought up the clinical challenges in septal ablation, we answered with a novel idea and started working on it. This collaborative research paves a new avenue to better health for patients with inoperable enlarged hearts.”

Coinvestigators from UTA bioengineering include Professor Kytai Nguyen, who specializes in nanofabrication, and Associate Professor Yi Hong, who specializes in biomaterials. Other collaborators include Bajona, who directs the Hypertrophic Cardiomyopathy Program at the Allegheny Health Network, and Dr. Matthias Peltz, surgical director of cardiac transplant at UT Southwestern Medical Center. Both physicians will bring their clinical experience and perspectives to the proposed research.

“The current procedure brings with it some risky complications,” Liao said. “There is about a 2% mortality rate, with complications such as ventricular fibrillation, possible heart attack and a complete heart block due to indiscriminate tissue destruction.”

“Our goal is to design a novel nanoparticle ablation system to replace the pure alcohol procedure,” Liao said. “We want to achieve a controllable, localized tissue shrinkage leading to a safer ablation.”

Between 600,000 and 1.5 million Americans suffer from an enlarged heart, according to the Cleveland Clinic.

“This research could have a significant impact on hypertrophic cardiomyopathy, a genetic disease that results in abnormal thickening of the ventricular muscle, particularly the septum,” said Michael Cho, professor and chair of the Department of Bioengineering. “The research highlights UT Arlington’s ability to collaborate with other clinical institutions and their specialties to drive forward translational and transformative research.”