LAWRENCE — A new book for popular audiences combines archaeology with emerging genetic evidence to tell the story of peoples from Siberia who were the first to populate the Americas some 20,000 years ago. 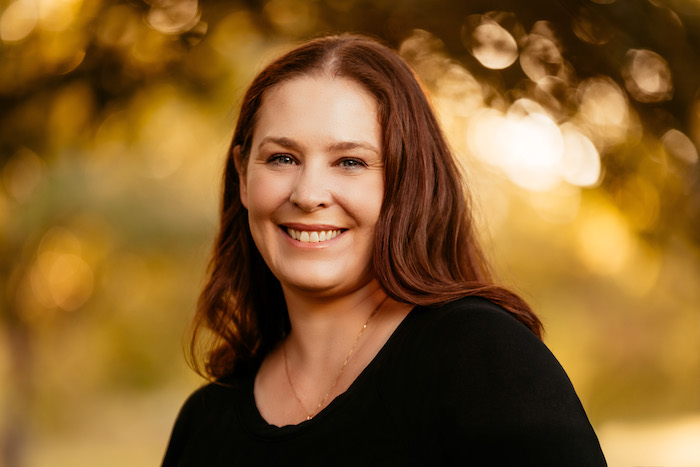 LAWRENCE — A new book for popular audiences combines archaeology with emerging genetic evidence to tell the story of peoples from Siberia who were the first to populate the Americas some 20,000 years ago.

“Origin: A Genetic History of the Americas,” written by Jennifer Raff, associate professor of anthropology at the University of Kansas, was published this month by Twelve Books and recently has entered the New York Times’ bestseller list.

“This book is for everybody,” Raff said. “I hope that faculty who teach about themes in this book might find it useful for their courses as well, but it’s definitely not aimed at a scholarly audience — it’s very much for the general public, who seem to be very, very interested in the peopling of the Americas and what we know about it. It’s an exploration and an overview of the genetic and archaeological evidence for how people first got to the Americas.”

Raff’s book also explores how scientists arrived at current knowledge of the peopling of the Americas — research that has at times come at the expense of Indigenous communities.

“It’s not really a pleasant history,” Raff said. “Indigenous peoples have been very harmed by some of the research that’s been done in pursuit of an answer to the question of where and how did people get here. As I was writing this book, I thought it was important to explore that theme, as well as what the genetic and archaeological evidence shows us — these things are intertwined.”

According to the KU researcher, because of so much interest in the topic, both on a scholarly level and from the public, it’s important to understand implications of this area of study on descendants of the original peoples of the Americas.

“Genetics can be used as a tool for understanding the past, but also this area of research can harm Indigenous peoples, and we need to be mindful of that,” Raff said. “I give examples of harmful research in the book. But I also talk about examples of the good work that has been done by many archaeologists and geneticists who have worked collaboratively with tribes, developing long-term relationships and doing research together in productive and respectful partnerships.”

This, she said, is how she and her colleagues in the Department of Anthropology try to do their work.

“KU’s anthropology department has long been a leader in community-engaged anthropological genetics research, and all of us — from the chair of the department to the undergraduate researchers — prioritize respect for tribal sovereignty and care for Indigenous ancestors in our work.”

She said the state of knowledge of how the Americas were populated is “really in flux” and recent discoveries hold the potential to change the story.

“Current genetic and archaeological evidence situate the ancestors of the Indigenous peoples of the Americas first in Siberia and East Asia,” Raff said. “There were two populations — one is ancestral to present-day East Asians; one is referred to as Ancient North Eurasians. By about 25,000 years ago, give or take, these two populations interacted and produced multiple populations, one of which became ancestral to Native Americans, and one of which stayed in Siberia.”

Raff said the population that became ancestral to Native Americans subsequently was isolated for a few thousand years during the height of the Last Glacial Maximum — a period of intense cold and dryness globally when around the world human populations retreated into refugia.

“During that period of isolation, this population evolves variants that are unique to the peoples of the Americas,” Raff said. “We don’t really know where that isolation happened, so it could have happened in Beringia itself, which was this land connection between Asia and North America that was huge — about twice the size of Texas. And during the Last Glacial Maximum at the height of the last Ice Age, paleoenvironmental reconstructions have shown there were areas within it that appear to have been decent places to live, especially along the southern coast of Beringia.”

The KU investigator said these refugia might have supported populations that were to become the original peoples of the Americas.

“In the central part of Beringia, it would have been warmer and wetter, and plants and animals and people could have lived there relatively easily,” she said. “That’s one of the places archaeologists and geneticists are pinpointing as potentially where this population was during the Last Glacial Maximum. But we don’t have a lot of direct archaeological evidence to show that, because that area is underwater now — so it’s a bit of an unsolved mystery in this history, and people could have been in other places, too; they might have been in Siberia, or even in North America, south of the massive ice sheets that were covering all of Canada.”

To underscore the mysterious nature of the migration of the first peoples into North Americas, Raff pointed to a site found in White Sands, New Mexico, which shows evidence of humans living there about 25,000 years ago.

“It’s just mind-blowing, so that’s one of the big outstanding questions — how people got into the Americas after the Last Glacial Maximum, or maybe before,” she said. “We’re still working it out. What we see in the genomes of these ancient populations is a splitting of the populations into different groups, and then there’s an interesting distribution of those groups across North and South America. That’s all in the book.”

This would likely not come as a surprise to Indigenous peoples, Raff said, because a number of tribes’ oral histories situate their origins within the Americas at a point far earlier than has been traditionally accepted by the majority of scientists. Raff would like to see more collaborations between researchers and tribes along these lines.

“Histories reconstructed from archaeological and genetic data and oral histories won’t always agree, of course, and we shouldn’t necessarily expect them to,” she said. “But there have been some fantastic cases where traditional knowledge holders have worked with researchers to interpret their findings together. This approach takes a long time, but it’s important that we non-Native scientists respect the expertise of descendant communities regarding their own histories.”

So far, “Origin: A Genetic History of the Americas” has been a critical and commercial success. In addition to making the New York Times’ bestseller list, Raff’s new book has reached as high as No. 11 on Amazon’s nonfiction bestsellers and is currently sold out on that website.

“The reason I wrote this book was because this field is so complex and intense, and research is getting published so often that changes what we know,” she said. “I thought the general public might be interested in this topic — and it turns out, they really are. I’m a little astonished by the scale of interest but very grateful to be able to bring our fascinating field to a wider audience.”