Study in New England Journal of Medicine has global implications 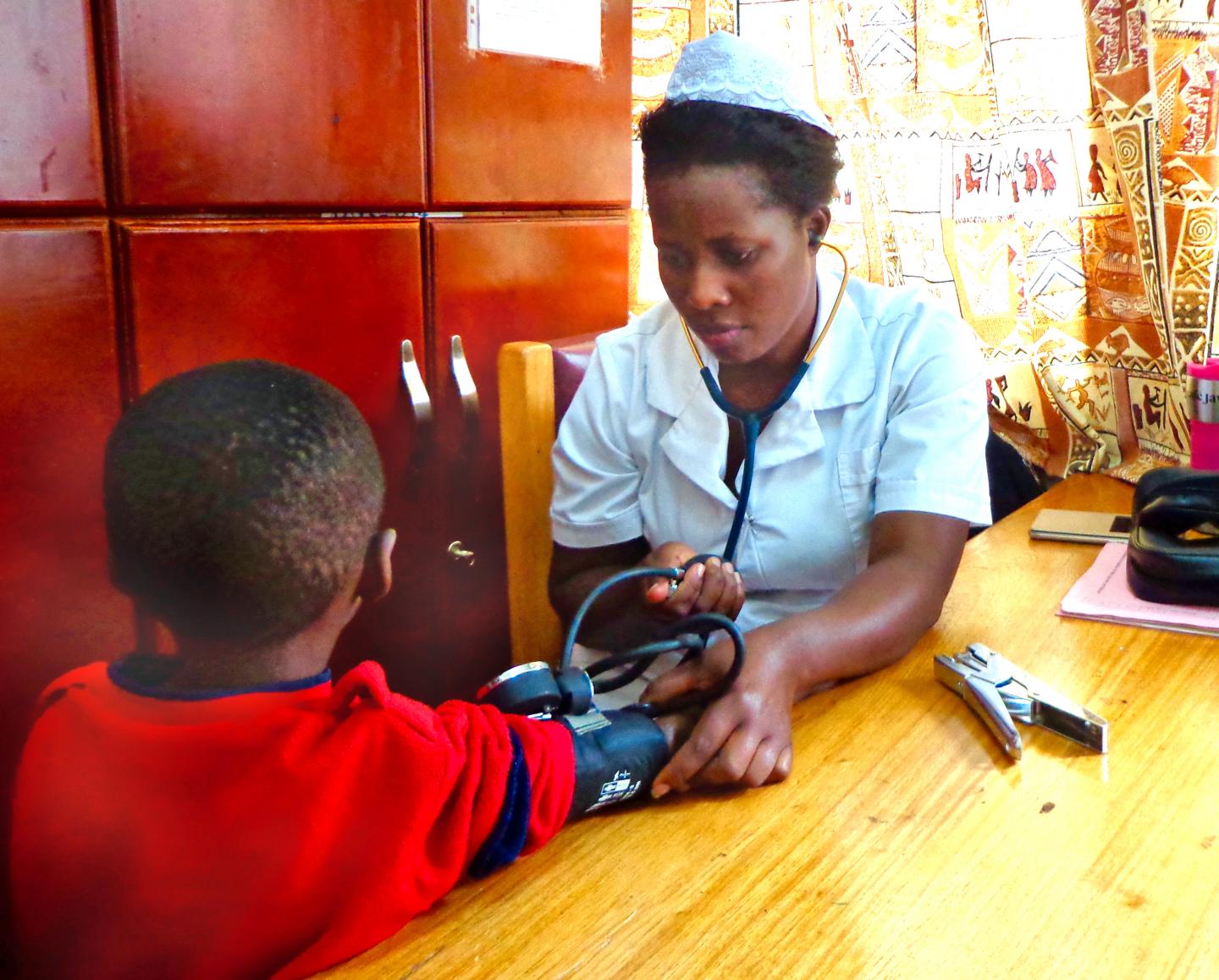 INDIANAPOLIS, CINCINNATI, and KAMPALA, Uganda – A team of international researchers has learned that dose escalation of hydroxyurea treatment for children in Uganda with sickle cell anemia is more effective and has similar side effects than a lower fixed dose of the same drug.
The study, known as NOHARM MTD (Novel use Of Hydroxyurea in an African Region with Malaria – Maximum Tolerated Dose), focused on children in Uganda, but the results could impact use of hydroxyurea worldwide, including the United States and Europe. The findings are being published in the June 25 issue of the New England Journal of Medicine.
This clinical research milestone removes a major barrier to broadly expand the use of hydroxyurea in low-resource regions like sub-Saharan Africa, according to the physicians who led the study at Makerere University in Kampala, Uganda, Cincinnati Children’s Hospital Medical Center, and the Indiana University (IU) School of Medicine.
For this study, 187 children with sickle cell anemia living in Uganda received hydroxyurea. About half received a fixed-dose of 20 mg per kilogram of body weight per day. The other half received an escalating dose, which started at 25 mg per kilogram of body weight per day and increased up to 35 mg per kilogram of body weight per day, if tolerated. Doctors evaluated the children every 2-3 months for laboratory and clinical benefits, as well as potential side effects.
While the study team was planning to keep the children on these separate treatment arms for two years, an independent data review panel changed the course about 18 months into the study, due to clear benefits of the higher dose.
“Our study’s data safety and monitoring board noted a highly significant difference between the treatment groups, with the children on escalated dosing having superior clinical results, but the same number of side effects, so at their recommendation we halted the trial and moved all of the children to that escalated dosing strategy,” said Robert Opoka, MMed, who oversaw the study at Makerere University and Mulago Hospital in Uganda.
Sickle cell anemia is a life-threatening blood disorder that distorts red blood cells into a sickle or crescent shape and leads to anemia, recurrent pain, organ damage, and early death. It is also a serious global health issue: in the United States, about 100,000 individuals are affected, but worldwide more than 300,000 children are born with the disease each year, with more than 80% born in sub-Saharan Africa.
Most therapeutic developments for sickle cell have not been available to children in Africa, including hydroxyurea, which is FDA-approved and effectively reduces the acute and chronic disease manifestations.
Earlier studies in sub-Saharan Africa showed hydroxyurea to be safe, feasible to use, and effective for treating sickle cell anemia, according to Russell Ware, MD, PhD, a hematologist at Cincinnati Children’s who led those studies and is senior investigator on the current NEJM paper. Ware said the drug boosts fetal hemoglobin, which reduces sickling of the red blood cells and improves anemia, lowers pain and other sickle-related events, and reduces clinical interventions such as transfusions and hospitalizations.
According to lead study co-investigator Chandy John, MD, a physician scientist at the Ryan White Center for Pediatric Infectious Diseases and Global Health at the IU School of Medicine, the optimal dosing and monitoring plan for hydroxyurea was unknown when the study started. Particularly for low-resource countries like Uganda, determining the hydroxyurea optimal dosing and monitoring plan was crucial.
John said the new study confirms that the dose escalation regimen is better than fixed dose, but expanding hydroxyurea treatment will require affordable drug costs, education of healthcare providers, and an increased drug supply. In addition, newborn screening for sickle cell anemia is needed to help identify those who will benefit from treatment as early as possible.
“There will be some additional costs associated with screening and increasing access to the drug, but they will be more than offset by benefits to patients,” John explained. “Our data make it clear that children on a higher daily dose had substantially better clinical outcomes, with fewer adverse events.”
“The study shows clearly that the optimized dosing strategy for hydroxyurea, though it requires more effort than a fixed-dose treatment regimen, results in far better outcomes for children with sickle cell anemia,” Ware concluded. “We think this study can substantially benefit children with sickle cell anemia in Africa and throughout the world, by choosing the optimal hydroxyurea dose to decrease the disease complications.”
“In Africa and other low-resource settings, children with sickle cell anemia have been a neglected population” said Opoka. “We are glad that our work together as African and US researchers has resulted in findings that will improve the health of all children with sickle cell anemia.”

###
Funding support for the study came in part from a grant from the Doris Duke Charitable Foundation (ICRA 2016156, to Dr. John) and from the Cincinnati Children’s Research Foundation. Hydroxyurea (Siklos®) was donated for the trial by Addmedica Inc.
The study’s online upon publication is: http://www.nejm.org/doi/full/10.1056/NEJMoa2000146
Link to Media Kit With Images