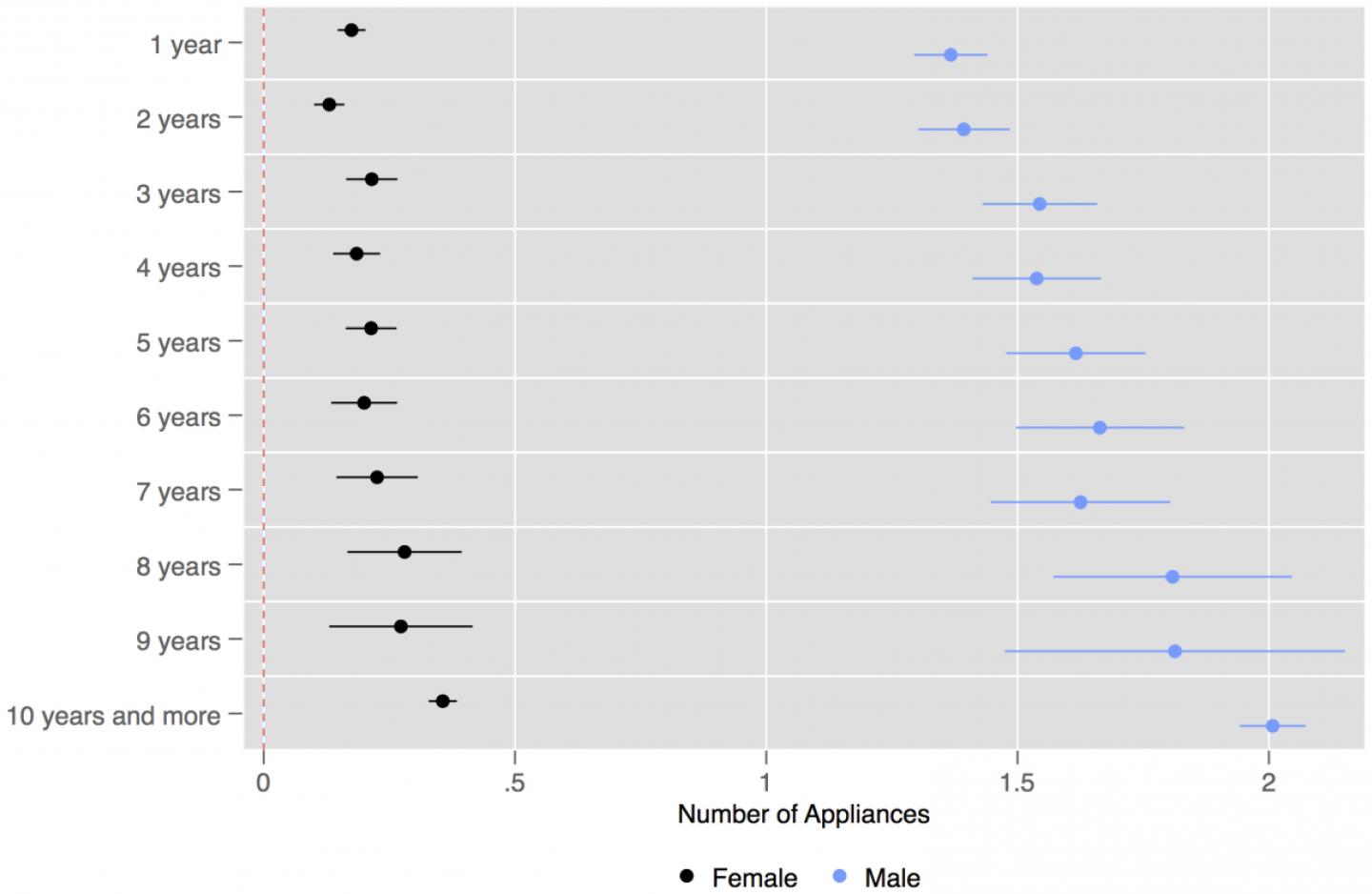 Increasing access to clean and affordable energy and improving gender equality are two major sustainable development goals (SDGs) that are believed to be strongly linked. With electricity access, less time and effort in the developing world is needed for tasks related to cooking, water collection, and other housework, which are typically undertaken by women.

“The prevailing view with electricity access is that if households receive a grid connection, it should especially benefit women,” said Daniel Armanios, assistant professor of Engineering and Public Policy (EPP) at Carnegie Mellon University.

A new study published in Nature Sustainability, however, shows that the linkages between these goals can be more complex than anticipated. “It’s not enough to just look at access, because that does not adequately consider the local social context and household power dynamics,” said Armanios, the study’s corresponding author. “You have to look at whether the use (of that electricity) is equitable as well.” The research team also includes fellow CMU EPP professor, Paulina Jaramillo, as well as first-author Meital Rosenberg and Michaël Aklin, a professor of political science, both from the University of Pittsburgh.

Using data collected from electrified areas of rural India, the team shows that as households gain access to basic levels of electricity, men in the households tend to dominate electricity use patterns, which could in turn suggest men benefit more than women from such access.

The study categorized common appliances according to typical use patterns as more male-used, more female-used, or neutral. Households tended to have more male-used appliances than neutral, and more neutral than female-used appliances. Some of this disparity the researchers attribute to the specialty nature of some appliances that are more female-used, like sewing machines, mixers, and grinders. However, the gender gap of electricity use existed even for the least expensive appliances, such as fans and light bulbs. While the poorest households in the survey had multiple bulbs and fans, they were rarely found in kitchen spaces, despite interviewees saying that this location would make their household duties easier and free up time for other activities.

Through the interviews, the team learned that only about a quarter of the women felt that electricity had granted them added time to pursue activities that they wanted to do outside of housework. Many of the women interviewed reported explicitly that the appliances purchased in their house were used predominantly by their children and husband. For these electrified households in Gujarat, where resources are scarce, male use of electricity is prioritized.

“Other researchers have shown that electricity access can provide important benefits for poorer households and improve female well-being,” said Jaramillo. “However, we suggest that dynamics within the households can affect the way household members use electricity and thereby maintain or exacerbate unequal gender relationships.”

The results from the field interviews in Gujarat provided a rubric for the team to assess whether their findings generalized across a much wider swath of India. In a previous study, Aklin and colleagues surveyed thousands of households in six energy-poor Indian states. Respondents identified what appliances their household used upon being connected to the grid.

This gender electricity use gap persists for years, too; households continued to have more male-used appliances than female-used appliances a decade after first receiving electricity, even for households higher on the socioeconomic scale. “Access to electricity is a necessary precondition to achieving many development goals,” said Jaramillo, “but it is not a sufficient one to help developing countries overcome social norms that can drive who benefits from development.” Social contexts ultimately shape how sustainable development interventions unfold.

“India has the largest unelectrified population of any country,” said Armanios, “and so the lessons we learn about electricity access have a lot to do with what happens there.” Beyond understanding the linkage between energy access and gender equality in India, the study also provides a useful framework for considering sustainable development interventions and research going forward. “When people study sustainable development goals, they tend to look at them in isolation,” he said. “Our study advocates for more analysis as to their interactions and develops a framework for which to do that.”

Water reuse could be key for future of hydraulic fracturing

Scienmag Dec 2, 2019
Credit: ESRF/stef Cande 2 December 2019 - The first electrons have been injected in the new ESRF…