Thanks to ‘jumping’ genes, the genomes of social species have become larger than those of their nonsocial relatives 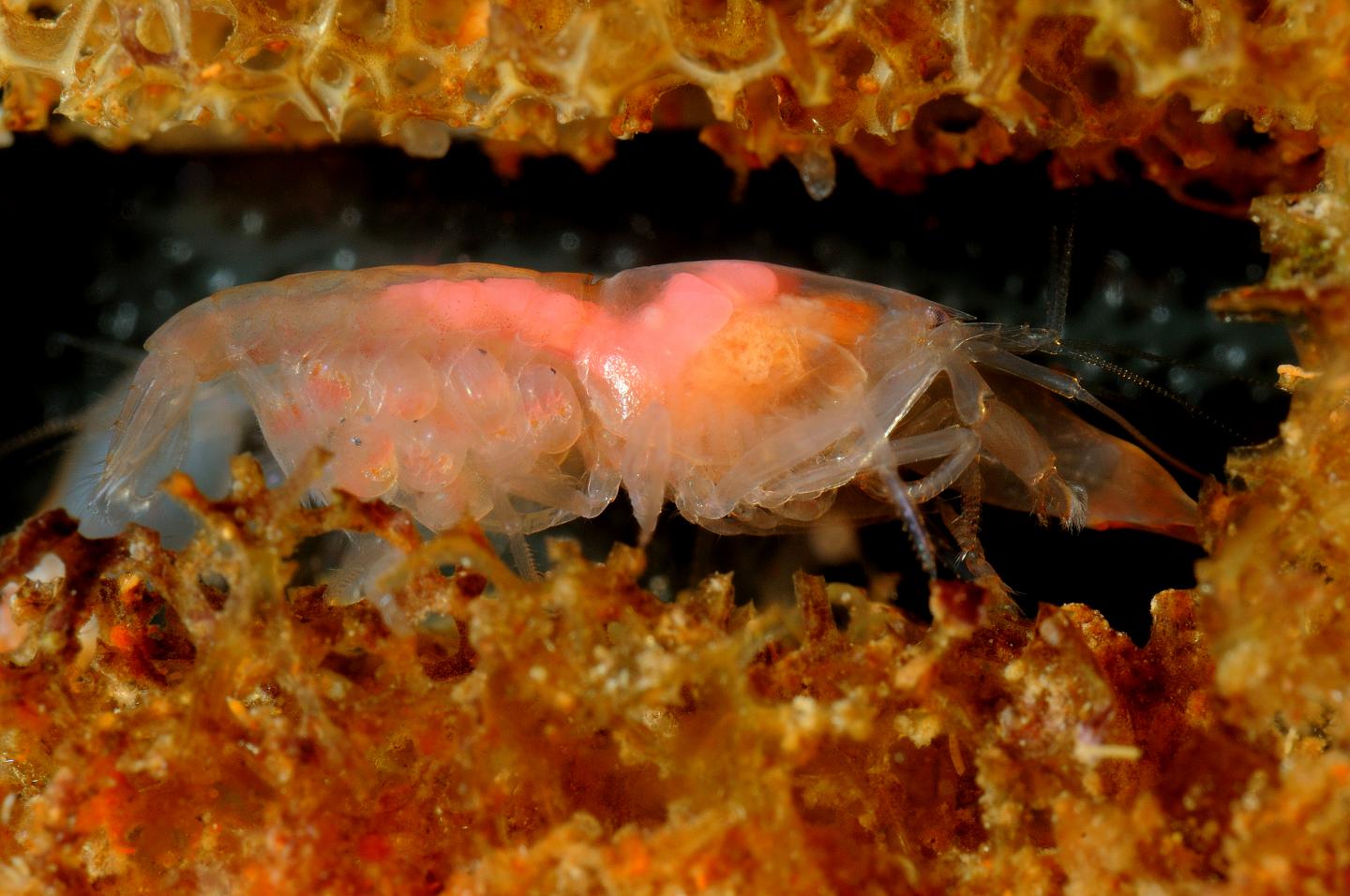 In an article scheduled to publish in PNAS, on June 7, 2021, at 3 pm ET, a team of researchers led by Columbia University’s Dustin R. Rubenstein, a Professor of Ecology, Evolution and Environmental Biology, found that within the same genus of marine snapping shrimp, Synalpheus, genome size and social behavior not only vary widely, but they are also co-evolving over time.

The researchers have studied this group of snapping shrimp for years because they contain the only known marine animals that evolved to live in eusocial societies similar to those of ants and bees, where some individuals in a colony forgo their own reproduction to help rear the offspring of others. But it was only a few years ago that the research team discovered that snapping shrimp display extreme variation in genome size, with some species having very large genomes that are more than four to five times the size of the human genome.

“We also noticed,” Rubenstein said, “that the eusocial species seemed to have the biggest genomes.” This is exactly the opposite of what is found in some insect lineages. This pattern led the research team to dig deeper into the genomes of these sponge-dwelling shrimp, many of whom are the size of a grain of rice, to understand why eusocial species might have such large genomes.

The authors–who in addition to Rubenstein include former Columbia postdocs Solomon T. C. Chak and Stephen E. Harris, both now assistant professors at SUNY; Kristin M. Hultgren of Seattle University; and Nicholas W. Jeffery with the Bedford Institute of Oceanography in Toronto–not only confirmed that the eusocial snapping shrimp species have larger genomes than their less-social relatives, but they also discovered that this increase in genome size is due to an accumulation of transposable elements that have proliferated over evolutionary time. Other less social species of snapping shrimp were found to have maintained small genomes with fewer transposable elements.

According to the authors, there is a powerful relationship between genome evolution and social evolution in snapping shrimp in which social traits can influence genome architecture. “Understanding how living in complex societies can provide feedback on genome architecture represents an intriguing new area of study that has implications for all types of social animals, perhaps even for humans,” Rubenstein said. Afterall, transposable elements make up nearly half of the human genome, and like snapping shrimp, we too live in complex societies that share many of the same characteristics.