Bees? Please. These plants are putting ants to work

In a world first, Edith Cowan University (ECU) researchers have discovered a plant that has successfully evolved to use ants – as well as native bees – as pollinating agents by overcoming their antimicrobial defences. 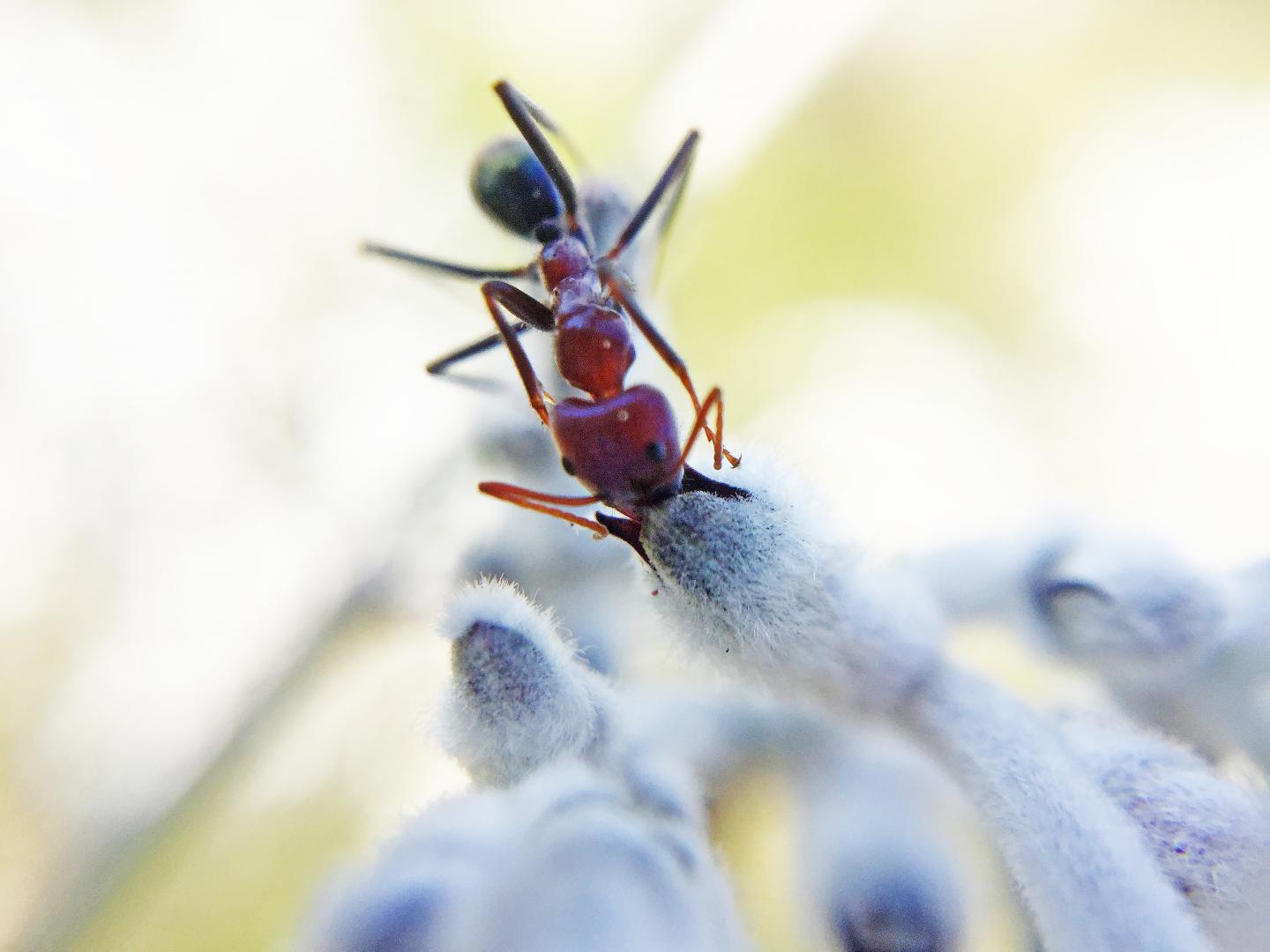 In a world first, Edith Cowan University (ECU) researchers have discovered a plant that has successfully evolved to use ants – as well as native bees – as pollinating agents by overcoming their antimicrobial defences.

“So ants have traditionally been considered to be a menace — nectar thieves whose aggression keeps other potential pollinating insects at bay.

“However this group of plants in WA, commonly known as the Smokebush family (Conospermum), has evolved a way to use ants to their advantage.”

Mr Delnevo tested the effect of the antimicrobial secretion from three ant species found locally on the flowers of six WA plant species, with startling results.

“We found evidence that Conospermum plants have adapted the biochemistry of their pollen grains to cope with the antimicrobial properties of the ants.

“This is the first plant species found to have adapted traits that enables a mutually beneficial relationship with ants,” Mr Delnevo said.

“About 46 examples of ant pollination have been documented around the world, but these have been due to the ants producing less toxic secretions that allow them to pollinate.”

No help from honeybees

Mr Delnevo said the pollination by ants was particularly good news for these plants as they were unable to rely on honeybees.

“Conospermum plants have unscented tubular flowers that are too narrow for honeybees wriggle inside to pollinate,” Mr Delnevo explained.

“They rely on native insects carrying a suitable pollen load from visiting other flowers for pollination to occur.

“They have co-evolved with a native bee (Leioproctus conospermi) that has evolved as a specialist feeder of these flowers.

“This relationship is mutually beneficial, but it would be risky in an evolutionary sense for the plant to rely solely on the native bee for pollination.”

Future research will explore how common ant pollination is amongst the flora of south-western Australia and exactly how this trait of overcoming ant defences has evolved.

This research was published in Annals of Botany.