Each year, heat waves kill more Americans than any other natural disaster. Climate change has exacerbated the problem by creating measurably higher temperatures in areas of cities with fewer economic and social resources to mitigate the impacts of heat, according to Theo Lim, an assistant professor of urban affairs and planning at Virginia Tech. 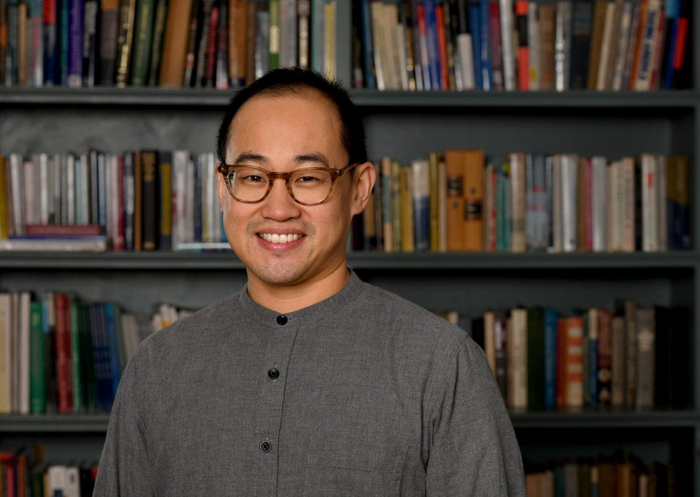 Each year, heat waves kill more Americans than any other natural disaster. Climate change has exacerbated the problem by creating measurably higher temperatures in areas of cities with fewer economic and social resources to mitigate the impacts of heat, according to Theo Lim, an assistant professor of urban affairs and planning at Virginia Tech.

Lim is leading a multidisciplinary Virginia Tech research team that is partnering with the City of Roanoke to help residents survive, adapt, and thrive through high temperatures and heat waves.

The team is conducting a series of workshops with Roanoke leaders in academia, government, public schools, nonprofits, and other community-based organizations to identify their primary concerns and needs. Ultimately, the researchers will develop a proposal to create a citizen science program that will train city youth to collect, monitor, and communicate data on temperatures in the city and how residents experience heat.

Research scientists David Moore and Lara Nagle, both with the Institute for Policy and Governance at Virginia Tech, are involved with the project.

Catherine Cotrupi, a Ph.D. candidate in higher education and former assistant director of campus and community engagement at Virginia Tech who is working with the research team, has been helping organize workshops with city officials and community-based organizations.

“I’m excited to be supporting these efforts,” Cotrupi said. “The essence of the land-grant mission of teaching, research, and service is to listen to community challenges and collaborate on solutions derived from academic study.”

One aspect of heat vulnerability that has not yet been quantified is the risk that residents face in their homes and doing daily activities.

The citizen science program will equip hundreds of middle school and high school youth with wearable temperature sensors that will provide a better picture of how residents handle the heat across the city. These youth also will be trained to conduct surveys and interviews in their own communities to better understand the viability of potential approaches to mitigating high temperatures, such as increasing vegetation, or helping residents cope with heat, such as opening more public air-conditioned spaces.

They also will take photos to document the information-gathering process, which is a research method known as “photovoice.”

Sensor, survey, interview, and photographic data will be stored in an online data hub that will be used for continued engagement and planning as well as intelligent forecasting of areas in most need of heat reduction intervention.

“An online digital heat resilience hub will build social connection and awareness — both necessary preconditions for community resilience — around the heat issue and increase the inclusivity and comprehensiveness of long-term planning and policy processes for mitigating and managing effects of extreme heat in the city,” said Lim, who is an affiliate of the Global Change Center at Virginia Tech.

Nathan Self, a research associate in the Department of Computer Science and at the Sanghani Center, is responsible for designing the heat resilience hub, an online resource for collecting and visualizing data from multiple sources around the problem of heat resilience. Those sources include qualitative and quantitative data that the group of youth citizen scientists will help collect, and existing geographic data about the city of Roanoke, such as libraries that could serve as shelters during heat waves.

Shengzhe Xu, a Ph.D. student in the urban computing program, is working with Self on this aspect of the project.

Lim said while urban planning anticipates and guides the future physical and social conditions of communities to improve quality of life — all with a heavy reliance on increasingly large and varied datasets —  meaningful change will not occur without forming new partnerships between government agencies, civic groups, and residents themselves.

“I am really excited to engage with youth and families to create solutions for heat islands in the City of Roanoke,” she said. “From a climate resiliency perspective, understanding the magnitude of heat stress potential that exists inside homes is really important to empowering residents to improve their conditions. This information can also inform new policies and assist in implementing adaptation strategies and projects that will make a difference in our neighborhoods now and in the future as we experience more climate change effects.”

The team hopes the results of the project will help urban planners beyond Roanoke.

“In addition to finding ways of mitigating extreme heat in Roanoke, we hope this project will provide urban planners around the world with another example of how science, technology, and new forms of data, can be deployed to build the coalitions and partnerships between organizations that are needed to increase resilience to the effects of global climate change,” Lim said.

The Stage 1 planning grant began in October and will run through April. The grant is being used to solidify the transdisciplinary cooperative roles between academic partners and numerous civic partners, including city agencies: Sustainability, Neighborhood Services, Planning Department, Parks and Recreation, Stormwater, Public Libraries, and Roanoke City and County Public Schools, and community-based organizations: the Kiwanis Club of Roanoke, Trees Roanoke, and The Foundry.

Early prototypes of the citizen science and Photovoice activities are now being tested and will be further refined this summer.

In early 2023, teams from the Stage 1 Civic Innovation Challenge will resubmit to Stage 2 for the opportunity to receive up to $1 million for a 12-month period to implement their pilot projects in Roanoke between 2023-24.