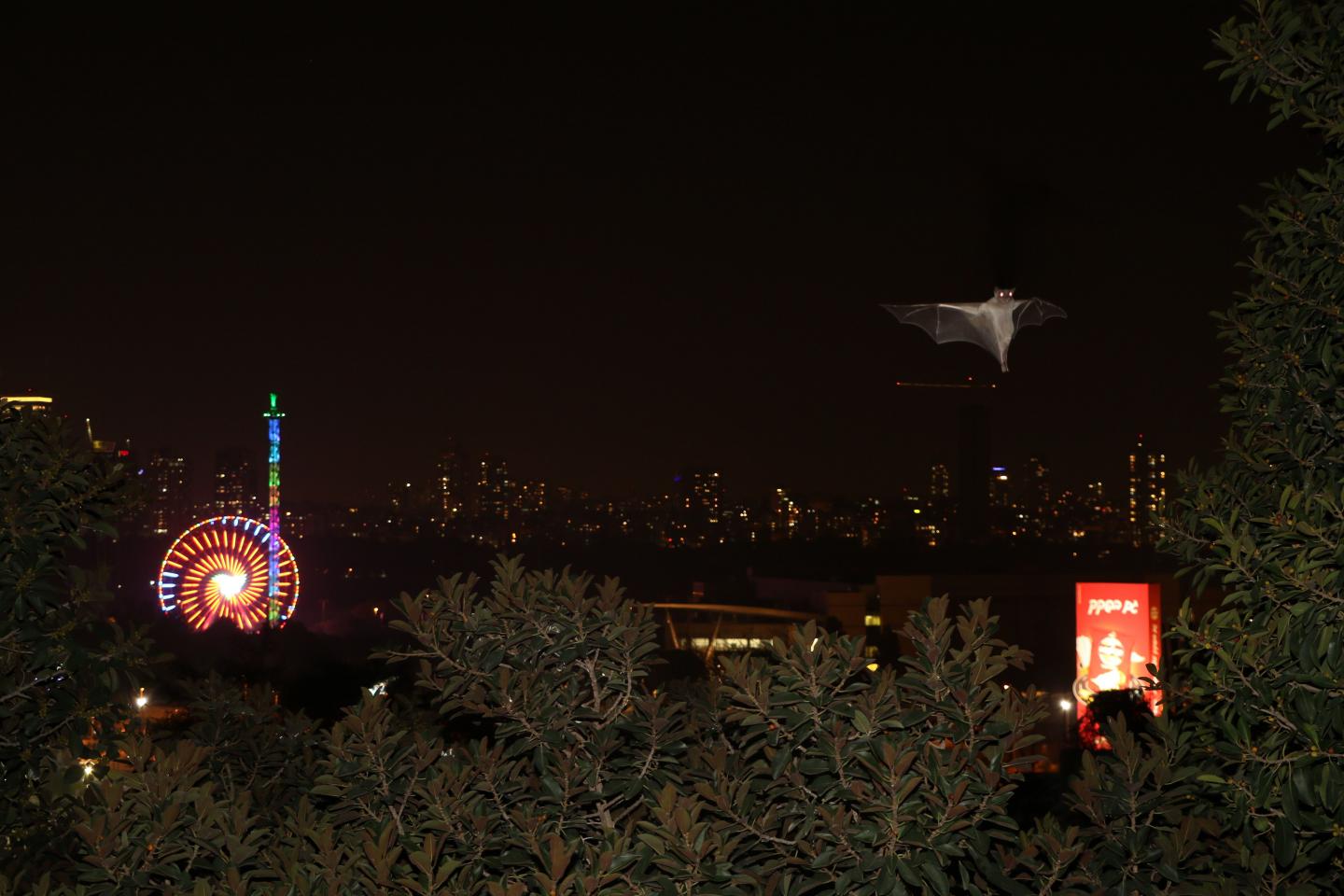 A new Tel Aviv University study found that, like humans, bats living in Tel Aviv enjoy the wide variety and abundance of food that the city has to offer, in contrast to rural bats living in Beit Guvrin, who are content eating only one type of food. The study was led by research student Katya Egert-Berg, under the guidance of Prof. Yossi Yovel, head of Tel Aviv University’s Sagol School of Neuroscience and a faculty member of the School of Zoology in the George S. Wise Faculty of Life Sciences and the Steinhardt Museum of Natural History, as well as a recipient of the 2021 Kadar Family Award for Outstanding Research. The study was published in the journal BMC Biology.

The researchers explain that despite the intensification of urbanization processes, which tend to lead animals to leave the city, there are animals that are able to thrive in an urban domain. One such example is the fruit bat. These bats, like humans, live in a variety of environments, including the city and the countryside; there are even some that forage in the city and then go home to roost in the country.

The urban environment is fundamentally different from the rural environment in terms of the diversity and accessibility of food. Although the city has a larger variety of trees per area, there are many challenges that bats have to face, such as buildings and humans. In rural areas, on the other hand, most of the trees are concentrated in orchards without barriers, but have less diversity – the trees are mostly of one type. Because of the fundamental environmental differences between the city and the country with regards to the distribution and variety of fruit trees, the nature of the bats’ movement when foraging in these areas differs as well.

In this new study, the researchers compared the nature of the movement of rural bats and city bats as they foraged for food. They used tiny GPS devices to track the bats, to see if the way they moved while searching for food was affected by their living environment, or the environment in which they were foraging.

They found that fruit bats foraging in the city are much more exploratory, enjoy the abundance of the urban environment, visit a variety of fruit trees every night, and feed from a wide a variety of trees. In contrast, the rural bats focus on only one or two fruit trees each night. Moreover, the researchers found that among the rural bats who roost in the countryside, there were many who left their rural homes every night in search of food in the city, and then flew back to the country after their meal. During their stay in the city, such bats share the same flight patterns as those of the bats that live in the city around the clock.

The study’s findings led the researchers to assess that even bats that live in rural environments their entire lives will be able to orient themselves in an urban, industrialized environment. They explain that there are animal species that are flexible – for them, the ability to adapt to a new and unfamiliar environment such as an urban settlement is an acquired skill. Such species, of which the fruit bats are an example, will in many cases be able to adapt to life in urban areas.

Prof. Yovel: “How animals cope with urbanization is one of the most central and important questions in ecological research today. Understanding the ways in which animals adapt to urban areas can help us in our conservation efforts. The urban environment is characterized by much fragmentation, and we currently have little understanding of how animals, especially small animals, like the bats, move and fly in such areas.”