Barbequed clams on the menu for ancient Puerto Ricans 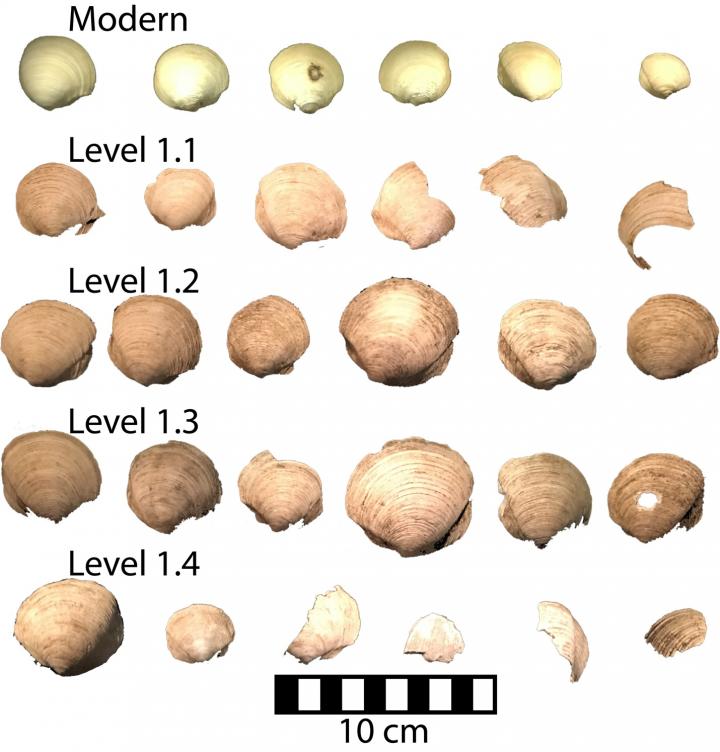 Scientists have reconstructed the cooking techniques of the early inhabitants of Puerto Rico by analysing the remains of clams.

Led by Philip Staudigel, who conducted the analysis as a graduate student at the University of Miami Rosenstiel School and is now a postdoctoral researcher at Cardiff University, the team has used new chemical analysis techniques to identify the exact cooking temperatures at which clams were cooked over 2500 years ago.

With cooking temperatures getting up to around 200oC according to the new analysis, the team believe the early Puerto Ricans were partial to a barbeque rather than boiling their food as a soup.

The study, which also involved academics from the University of Miami and Valencia College, has been published today in the journal Science Advances.

Whilst the results throw new light on the cultural practices of the first communities to arrive on the island of Puerto Rico, they also provide at least circumstantial evidence that ceramic pottery technology was not widespread during this period of history – it’s likely that this would be the only way in which the clams could have been boiled.

Lead author of the study Dr Philip Staudigel, currently at Cardiff University’s School of Earth and Ocean Sciences, said: “Much of peoples’ identity draws upon on where they came from, one of the most profound expressions of this is in cooking. We learn to cook from our parents, who learned from their parents.

“In many parts of the world, written records extend back thousands of years, which often includes recipes. This is not the case in the Caribbean, as there were no written texts, except for petroglyphs. By learning more about how ancient Puerto Rican natives cooked their meals, we can relate to these long-gone peoples through their food.”

In their study, the team analysed over 20kg of fossilised clam shells at the University of Miami’s Rosenstiel School of Marine and Atmospheric Sciences Stable Isotope Lab, which were collected from an archaeological site in Cabo Rojo, Puerto Rico.

The pre-Arawak population of Puerto Rico were the first inhabitants of the island, arriving sometime before 3000 BC, and came from Central and/or South America. They existed primarily from fishing, hunting, and gathering near the mangrove swamps and coastal areas where they had settled.

The fossilised shells, dating back to around 700 BC, were cleaned and turned into a powder, which was then analysed to determine its mineralogy, as well as the abundance of specific chemical bonds in the sample.

When certain minerals are heated, the bonds between atoms in the mineral can rearrange themselves, which can then be measured in the lab. The amount of rearrangement is proportional to the temperature the mineral is heated.

This technique, known as clumped isotope geochemistry, is often used to determine the temperature an organism formed at but in this instance was used to reconstruct the temperature at which the clams were cooked.

The abundance of bonds in the powdered fossils was then compared to clams which were cooked at known temperatures, as well as uncooked modern clams collected from a nearby beach.

Results showed that that the majority of clams were heated to temperatures greater than 100°C – the boiling point of water – but no greater than 200°C. The results also revealed a disparity between the cooking temperature of different clams, which the researchers believe could be associated with a grilling technique in which the clams are heated from below, meaning the ones at the bottom were heated more than the ones at the top.

“The clams from the archaeological site appeared to be most similar to clams which had been barbequed,” continued Dr Staudigel.

“Ancient Puerto Ricans didn’t use cookbooks, at least none that lasted to the present day. The only way we have of knowing how our ancestors cooked is to study what they left behind. Here, we demonstrated that a relatively new technique can be used to learn what temperature they cooked at, which is one important detail of the cooking process.”

Hungry for hutia? Our taste for Bahamas’ ‘most peaceable rodent’…

Scienmag Jan 14, 2020
Credit: Courtesy Sam Logan CORVALLIS, Ore. - For the first month and a half after receiving a modified toy…

Scientists isolate biomarkers that can identify delirium risk and…