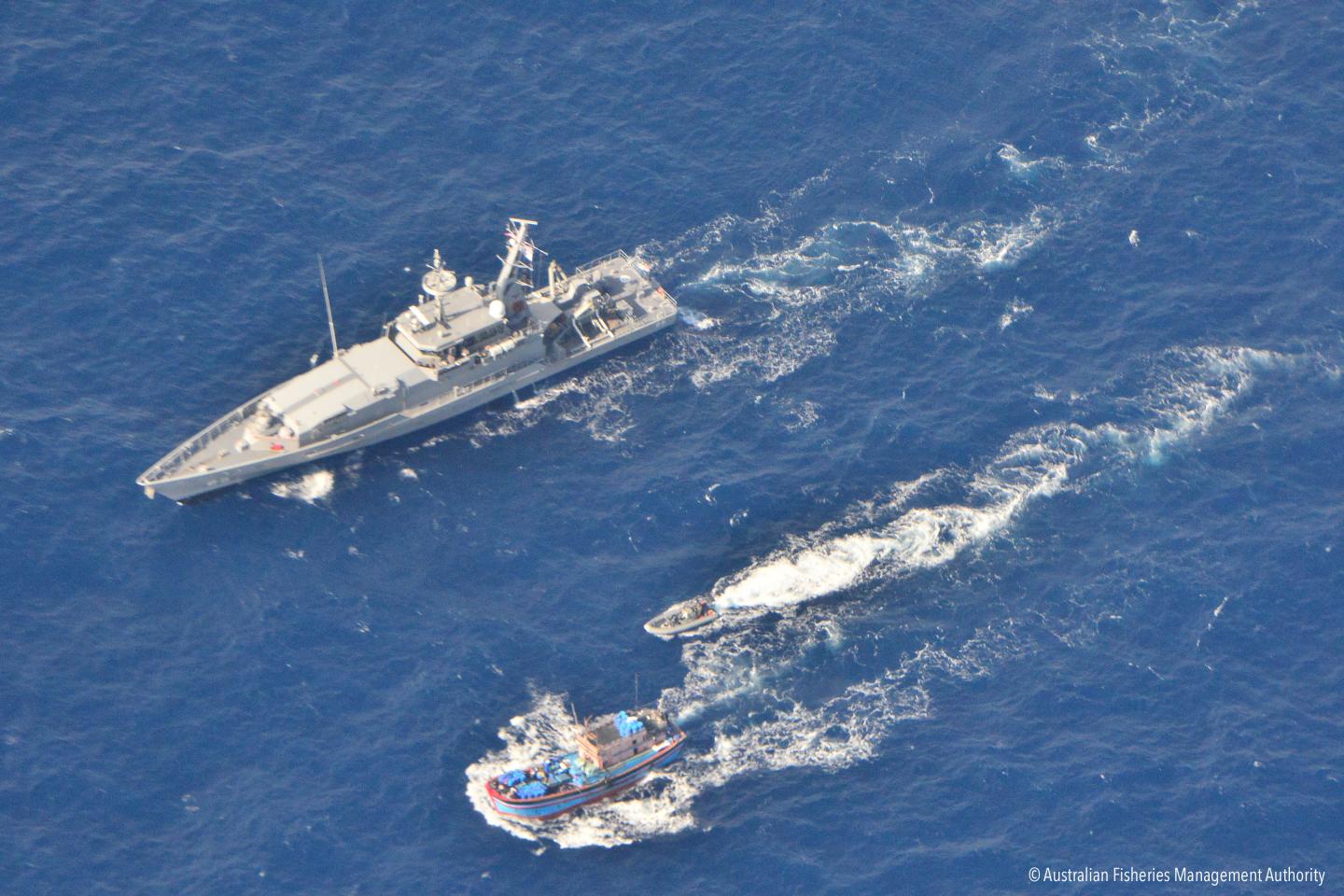 A new study reveals the strategies that stop bandits from illegally fishing in Australian waters–but warns there is a cost to the region’s poorer countries.

“Millions of people rely on fish and seafood and when offered no alternative choice, will chose banditry and illegal fishing to get by,” Dr Bergseth said.

“But without a regional strategy and investments for rebuilding and managing countries’ fisheries, this just becomes one big game of whack-a-mole: you deal with the problem in one area, only for it to pop up in another,” he said.

The study shows how Vietnamese poaching boats, or ‘blue boats’, encroached into Australian waters between 2013 and 2017.

Under a jointly signed Memorandum of Understanding (MOU) in 2017, the Australian Fisheries Management Authority and the Vietnamese Ministry for Agriculture and Rural Development designed and delivered a series of workshop interventions to deter illegal fishing by Vietnamese fishers in Australia between 2017 and 2018.

Both before and after the workshops, 82 fishers were surveyed to understand why they were coming to Australia and also whether the workshop’s explanations of the penalties were effective in shifting perceptions related to reducing illegal fishing.

“The main reason these fishers engaged in banditry was their displacement from their traditional fishing grounds in the South China Sea,” Dr Bergseth said. “This is just one of the implications of an expanding Chinese territory, and it affects countries as far away as Australia.”

Lead author Dr Chris Wilcox, from Australia’s national science agency CSIRO, said since the workshops, there hasn’t been a single sighting of a Vietnamese fishing boat illegally fishing in Australian or Pacific waters.

But, he cautions, while an understanding of the penalties might deter fishers from poaching in Australian waters, they also lose their access to economically viable fish resources.

Captains and their crews opt to fish in other locations, legal or not, even in the face of penalties for doing so.

“Australia can build a wall of steel with patrol boats and surveillance aeroplanes to protect our waters–but without improvements in fish stocks in their legal fishing grounds, Vietnamese vessels will be under pressure to leave in pursuit of revenue. This is creating ongoing issues for our regional neighbours,” Dr Wilcox said.

Reports continue to surface of Vietnamese fishers captured in other regional countries including Thailand, Malaysia, Indonesia, the Philippines and Vanuatu.

Dr Wilcox said regional action on the root causes of the problem can solve the issue for everyone. And though this is a long-term project, it also has the best potential for the highest long-term return on investment in terms of reducing illegal fishing.

“Incursions will continue as long as the number of fishing vessels across the region exceeds what the resources can support,” Dr Wilcox said. “While it is essential to keep the enforcement pressure on, this is where coordination across the region could have a positive effect.”

“Addressing the state of resources in the waters of countries across the region and their ability to collaborate to address vessels illegally crossing borders to fish are the two key ingredients for solving this problem,” Dr Wilcox said.

Dr Bergseth said otherwise, things will only get worse as ocean resources dwindle.

“The decisions we make in the next 5-10 years could well chart the state of our oceans for the next 100,” he said.