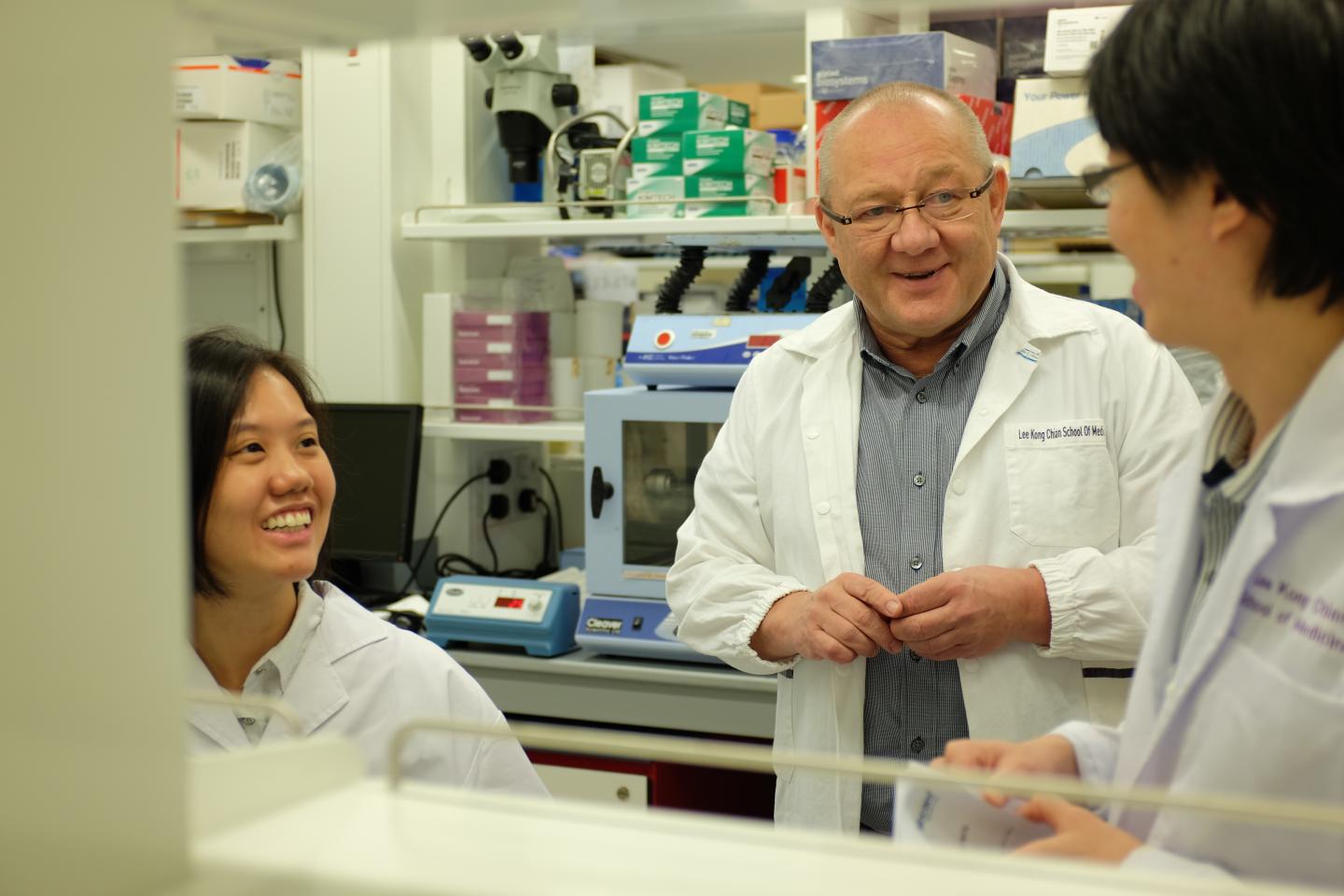 An international research team led by Nanyang Technological University, Singapore (NTU Singapore) has found that microorganisms living in the gut may alter the ageing process, which could lead to the development of food-based treatment to slow it down.

All living organisms, including human beings, coexist with a myriad of microbial species living in and on them, and research conducted over the last 20 years has established their important role in nutrition, physiology, metabolism and behaviour.

The team showed that the increased neurogenesis was due to an enrichment of gut microbes that produce a specific short chain fatty acid, called butyrate.

Butyrate is produced through microbial fermentation of dietary fibres in the lower intestinal tract and stimulates production of a pro-longevity hormone called FGF21, which plays an important role in regulating the body’s energy and metabolism. As we age, butyrate production is reduced.

The researchers then showed that giving butyrate on its own to the young germ-free mice had the same adult neurogenesis effects.

The study was published in Science Translational Medicine yesterday (13 November), and was undertaken by researchers from Singapore, UK, and Australia.

“We’ve found that microbes collected from an old mouse have the capacity to support neural growth in a younger mouse,” said Prof Pettersson. “This is a surprising and very interesting observation, especially since we can mimic the neuro-stimulatory effect by using butyrate alone.”

“These results will lead us to explore whether butyrate might support repair and rebuilding in situations like stroke, spinal damage and to attenuate accelerated ageing and cognitive decline”.

The team also explored the effects of gut microbe transplants from old to young mice on the functions of the digestive system.

However, the addition of butyrate helps to better regulate the intestinal barrier function and reduce the risk of inflammation.

The team found that mice receiving microbes from the old donor gained increases in length and width of the intestinal villi – the wall of the small intestine. In addition, both the small intestine and colon were longer in the old mice than the young germ-free mice.

The discovery shows that gut microbes can compensate and support an ageing body through positive stimulation.

This points to a new potential method for tackling the negative effects of ageing by imitating the enrichment and activation of butyrate.

“We can conceive of future human studies where we would test the ability of food products with butyrate to support healthy ageing and adult neurogenesis,” said Prof Pettersson.

“In Singapore, with its strong food culture, exploring the use of food to ‘heal’ ourselves, would be an intriguing next step, and the results could be important in Singapore’s quest to support healthy ageing for their silver generation”.

Group leader Dr Dario Riccardo Valenzano at the Max Planck Institute for Biology of Ageing in Germany, who was not involved in the study, said the discovery is a milestone in research on microbiome.

“These results are exciting and raise several new open questions for both biology of aging and microbiome research, including whether there is an active acquisition of butyrate producing microbes during mice life and whether extreme aging leads to a loss of this fundamental microbial community, which may be eventually responsible for dysbiosis and age-related dysfunctions,” he added.

Professor Brian Kennedy, Director of the Centre for Healthy Ageing at the National University of Singapore, who provided an independent view, said, “It is intriguing that the microbiome of an aged animal can promote youthful phenotypes in a young recipient. This suggests that the microbiota with aging have been modified to compensate for the accumulating deficits of the host and leads to the question of whether the microbiome from a young animal would have greater or less effects on a young host. The findings move forward our understanding of the relationship between the microbiome and its host during ageing and set the stage for the development of microbiome-related interventions to promote healthy longevity.”

The study builds on Prof Pettersson’s earlier studies on how transplantation of gut microbes from healthy mice can restore muscle growth and function in germ-free mice with muscle atrophy, which is the loss of skeletal muscle mass.

Ranked 11th in the world, NTU has been placed the world’s top young university for the past six years. The University’s main campus is frequently listed among the Top 15 most beautiful university campuses in the world and it has 57 Green Mark-certified (equivalent to LEED-certified) building projects, of which 95% are certified Green Mark Platinum. Apart from its main campus, NTU also has a campus in Novena, Singapore’s healthcare district.

Scienmag Nov 25, 2019
The cover for issue 60 of Oncotarget features Figure 3, 'Comparison of cytokine levels grouped by function,' by…

Two windows into the brain