Baboons provide new insights into the evolution of the genome 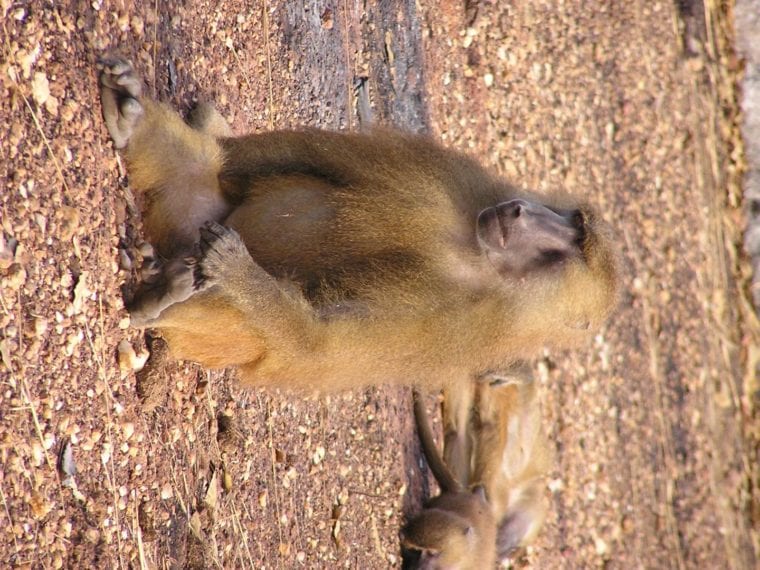 Recent studies suggest that closely related species can develop significant genetic and phenotypic differences throughout their evolution despite ongoing gene flow. The findings challenge the traditional views regarding the genetics of speciation.

A new study conducted by Vetmeduni Vienna, funded by the Vienna Science and Technology Fund (WWTF) and published recently in Science Advances, analysed the genomic differentiation among six baboon species. The international research team found evidence for hybridization of ancient and recent generations among divergent species. These results help inform the understanding of similar cases, including the complex diversification and genetic admixture among modern humans and our extinct relatives like Neanderthals, Denisovans and other hominins.

Evolutionary divergence of baboons began around 1.5 million years ago – about the same time as that of humans

Like our own genus Homo, the ancestral stock of Papio baboons began diverging into multiple lineages (phylogenetic species) within sub-Saharan Africa about 1.5 million years ago. Today’s baboons (genus Papio) are large, geographically widespread Old World monkeys which – unlike Homo – consist of six readily distinguishable species that hybridize in the wild. Like early Homo, baboon species differ in body size, morphology and behaviour.

In their study, the researchers were able to document multiple admixture events for several baboon lineages, with some episodes involving genetic exchange among lineages that persist to this day while other episodes involved extinct lineages. The diversity of baboons provides an opportunity to investigate the genomic, morphological and behavioural aspects of evolutionary radiation in a broadly successful and adaptable primate.

New insights into the evolution of the genome

Carolin Kosiol from the Institute of Population Genetics at Vetmeduni Vienna and the Centre of Biological Diversity at the University of St Andrews, explains the method employed by the international research team: “We produced a reference genome assembly for the species Papio anubis and sequence data for the whole genome for all six extant species. In a further step, we documented multiple episodes of admixture and introgression during the radiation of Papio baboons, thus demonstrating their value as a model of complex evolutionary divergence and hybridization. This provides new insights into cladogenesis in general and the nature, rate and consequences of genomic evolution in particular. Especially helpful were new genome-wide computer programs developed by my former doctoral student Dominik Schrempf.” DNA samples were obtained from both wild animals as well as captive baboons.

No significant barriers to hybridization

Studies of the hybridization revealed no significant barriers to reproduction. Even dramatic differences in the social systems do not prevent different species from hybridizing in the wild. This evidence was documented for the two species Papio anubis and Papio hamadryas, which differ significantly in their social organisation and social structure. Among Anubis baboons, both males and females are polygamous. Hamadryas societies, on the other hand, are multi-level, with “harem”-like one-male breeding units (OMUs) as basal social entities. However, there is evidence for differences in the success of mating types and a certain degree of genetic incompatibility among different baboon species.

Important context for future research – with relevant insights for humans

Baboons, in contrast to humans, can still be studied in hybrid zones today. As such, they constitute an important context for future research. Potential areas of study include the effects of genetic variation on neurotransmitter function and its impact on species-level differences in social relationships and social behaviour or the investigation of the effects of increasing genetic differentiation.

About the University of Veterinary Medicine, Vienna

The University of Veterinary Medicine, Vienna in Austria is one of the leading academic and research institutions in the field of Veterinary Sciences in Europe. About 1,300 employees and 2,300 students work on the campus in the north of Vienna which also houses five university clinics and various research sites. Outside of Vienna the university operates Teaching and Research Farms. The Vetmeduni Vienna plays in the global top league: in 2018, it occupies the excellent place 6 in the world-wide Shanghai University veterinary in the subject “Veterinary Science”. http://www.vetmeduni.ac.at

Liver transplants could be redundant with discovery of new liver cell