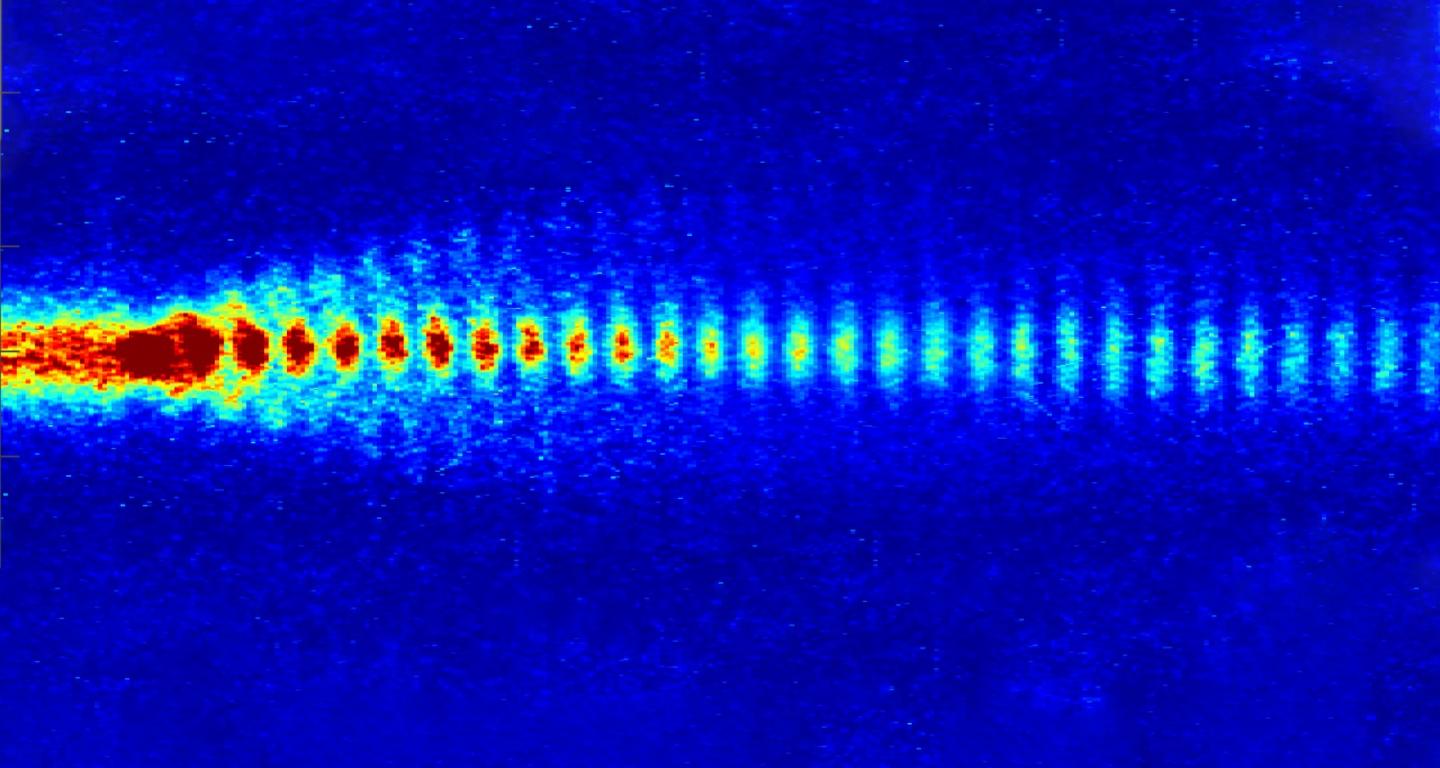 The future of particle acceleration has begun. Awake is a promising concept for a completely new method with which particles can be accelerated even over short distances. The basis for this is a plasma wave that accelerates electrons and thus brings them to high energies. A team led by the Max Planck Institute for Physics now reports a breakthrough in this context. For the first time, they were able to precisely time the production of the proton microbunches that drive the wave in the plasma. This fulfills an important prerequisite for using the Awake technology for collision experiments.

How do you create a wave for electrons? The carrier substance for this is a plasma (i.e., an ionized gas in which positive and negative charges are separated). Directing a proton beam through the plasma creates a wave on which electrons ride and are accelerated to high energies.

The proton source of Awake is the SPS ring at Cern, a pre-accelerator for the 27-kilometer circumference ring of the Large Hadron Collider (LHC). It produces proton bunches about 10-cm long. “However, in order to generate a large amplitude plasma wave, the proton bunch length must be much shorter – in the millimeter range,” explains Fabian Batsch, PhD student at the Max Planck Institute for Physics.

The scientists take advantage of self-modulation, a “natural” interaction between the bunch and plasma. “In the process, the longer proton bunch is split into high-energy proton microbunches of only a few millimeters in length, building the train beam,” says Batsch. “This process forms a plasma wave, which propagates with the train travelling through the plasma field.”

However, a stable and reproducible field is required to accelerate electrons and bring them to collision. This is exactly what the team has found a solution for now. “If a sufficiently large electric field is applied when the long proton bunch is injected and the self-modulation is thus immediately set in motion.”

“Since the plasma is formed right away, we can exactly time the phase of the short proton microbunches,” says Patric Muggli, head of the Awake working group at the Max Planck Insstitute for Physics. “This allows us to set the pace for the train. Thus, the electrons are caught and accelerated by the wave at the ideal moment.”

The Awake technology is still in the early stages of development. However, with each step toward success, the chances of this accelerator technology actually being used in the coming decades increase. The first proposals for smaller accelerator projects (e.g., for example to study the fine structure of protons) are to be made as early as 2024.

According to Muggli, the advantages of the novel accelerator technology – plasma wakefield acceleration – are obvious: “With this technology, we can reduce the distance needed to accelerate electrons to peak energy by a factor of 20. The accelerators of the future could therefore be much smaller. This means: Less space, less effort, and therefore lower costs.”