At least 2,000 species of reptiles are threatened

The first international study of its kind 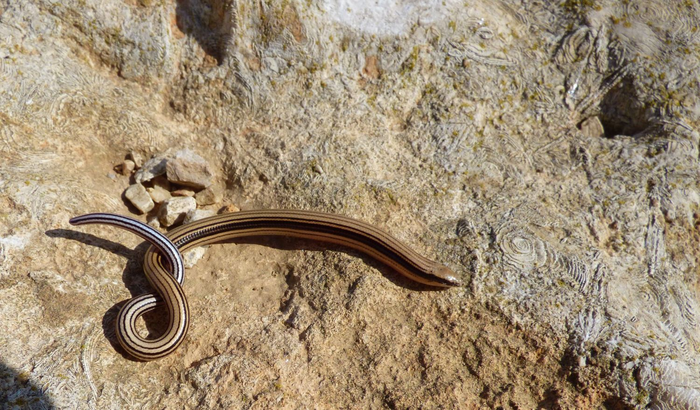 The first international study of its kind

assesses the status of all reptile species:

At least 2,000 species of reptiles are threatened

A new international study involving researchers from Tel Aviv University  and Ben-Gurion University of the Negev has found that 21 percent of the reptile species on Earth (one in five species), amounting to a total of about 2,000 species, are threatened with extinction. Experts estimate that there are over 12,000 species of reptiles in the world.

The findings of the study show that 30 percent of forest-dwelling reptiles and about 14 percent of those living in arid areas are threatened, and that 58 percent of all turtle species and 50 percent of all crocodile species are in danger of becoming extinct. The researchers sadly point out that if all of the 1,829 species of turtles, crocodiles, lizards, and snakes that have been found to be threatened do indeed become extinct in the coming years, the world will lose a cumulative wealth of 15.6 billion years of evolution.

The comprehensive study, the first of its kind in history, was conducted by the International Union for Conservation of Nature (IUCN) and included 52 researchers from around the world, including Prof. Shai Meiri of Tel Aviv University’s School of Zoology, George S. Wise Faculty of Life Sciences and the Steinhardt Museum of Natural History, and Dr. Uri Roll of Ben-Gurion University of the Negev. The study was published in the prestigious journal Nature.

The IUCN is an international body whose role is, among other things, to assess the threat of extinction posed to various species. Each species of animal or plant receives a score on a five-point scale. The purpose of this ranking is to define those species that are the most endangered, thereby enabling decision makers and various bodies, such the Israel Nature and Parks Authority, to outline policies accordingly.

The IUCN has been working on the reptile report for the past 18 years, having invited experts on this taxonomic group from all over the world to participate. In 2004, the IUCN released a comprehensive report on amphibians, and a few years later it issued reports on birds and mammals.

“In general, the state of reptiles in the world is bad,” says Prof. Meiri. “It’s worse than that of birds and mammals, though not as bad as that of the amphibians. And of course there are a lot of nuances. We see that turtles are in a worse position than lizards and snakes, but that may be because we know more about turtles. Perhaps if we knew more about snakes, we would see that they, too, are in big trouble. Either way, the biggest threat to reptiles is the destruction of their habitats due to agriculture, deforestation, and urban development, and less because of direct hunting, which mainly affects turtles and crocodiles. We created detailed maps of these threats. For example, if a particular species is highly threatened in the Israel’s Arava desert, but not in the rest of its habitat range that may span the entire Arabian Peninsula, then globally it is not considered a threatened species. The new assessments, for more than 10,000 species of reptiles, will allow us to understand their conservation needs, and hopefully enable us to find far more intelligent solutions for them than we have been able to so far.”

Dr. Uri Roll adds, “This is important work that forms the initial basis for risk assessment among various reptiles around the world, but is certainly not the end of the story. We still lack a lot of information about the various risks facing reptiles. For example, climate change is expected to have significant effects on reptiles. The current assessment that has just been published does not yet include these future threats in its reptile risk assessments. We still have a lot of work ahead of us.”