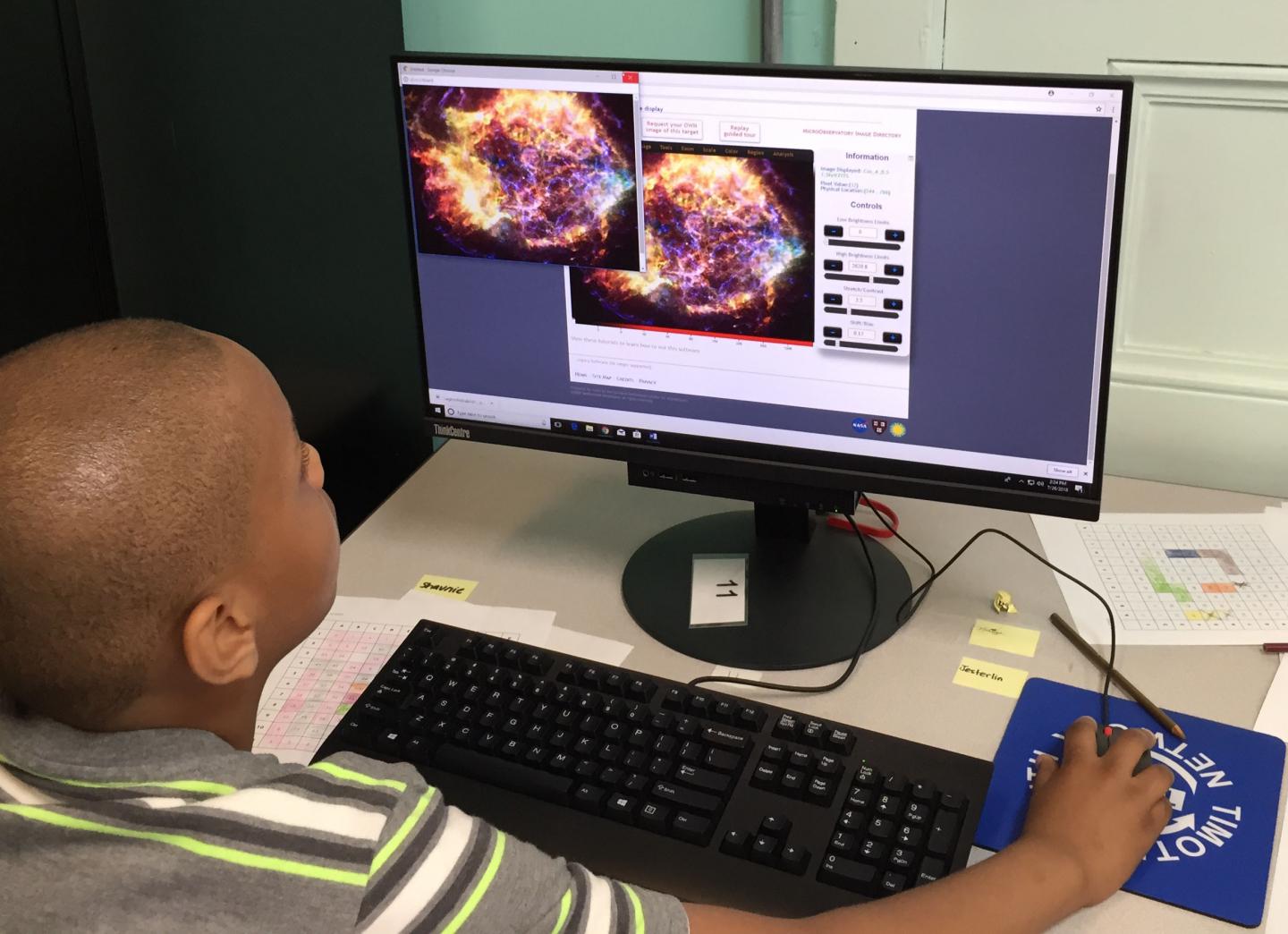 Cambridge, MA ¬- Despite years of effort, diversifying the fields of science, technology, engineering and mathematics (STEM) remains a challenge. In fact, in 2019, underrepresented minorities held only 9 percent of academic positions in science, engineering and health, according to a report from the National Science Foundation (NSF).

Now, researchers at the Center for Astrophysics | Harvard & Smithsonian are pursuing a new avenue to help address this problem: astronomy.

“Our research suggests that astronomy, especially when experienced in personally and culturally relevant contexts, can be an early gateway to attract youth to STEM,” says Mary Dussault, a science educator at the Center for Astrophysics (CfA). “Astronomy has a broad appeal, with its prevalence in the news and popular culture, along with the fact that we all have big questions about our place in space and time, which are deeply existential.”

Using a new, $2.8 million grant from the NSF, Dussault and her team will be able to test their theory by sharing engaging and interactive astronomy experiences with 15,000 youth over the course of the next five years.

The grant will specifically support the expansion of the Youth Astronomy Network, or YouthAstroNet, an educational program that was first established at the CfA in 2015. The program targets middle schoolers ranging from ages 11-14, with a special focus on girls and students from underrepresented groups.

Feedback about the program has been positive, Dussault says, and youth are particularly drawn to the MicroObservatory, a collection of five ground-based, robotic telescopes across the globe that students can control and operate. Students simply select what the telescope observes online and receive an image of their observation the next day. Other YouthAstroNet activities include digital image analysis to enhance and take measurements of astronomical images.

Early studies by the team show that the approach is working.

In pre- and post-program participation surveys, students expressed a positive change in their attitudes toward STEM and an increased interest in pursuing STEM careers. For girls particularly, experiencing hands-on activities was associated with larger gains in STEM career interest and science identity. For black students, active participation within the YouthAstroNet online learning community, including online Q&As with scientists, predicted an increase in STEM career interest.

“We even found that students are using YouthAstroNet outside of the program hours and in their free time,” Dussault says.

Using the NSF grant, the team will now spread the innovative program even further, recruiting an additional 600 educators from across the country to participate. The team will also try to improve their early results to deepen and sustain YouthAstroNet’s impact on learners.

“The NSF has given us an amazing opportunity to work with talented educators in every state to broaden participation and promote strategies that enhance important STEM learning outcomes for diverse communities,” says Erika Wright, a co-principal investigator who manages the YouthAstroNet online learning community.

Dussault is particularly eager to see the program grow to help create more equitable and inclusive forms of STEM learning.

“Knowledge of the sky really belongs to everyone,” she says. “People of all backgrounds should have every opportunity to bring their whole creative selves to asking big questions and generating innovative ways to answer those questions.”