Astronomers from UCI, other institutions use new technique to find extrasolar planets 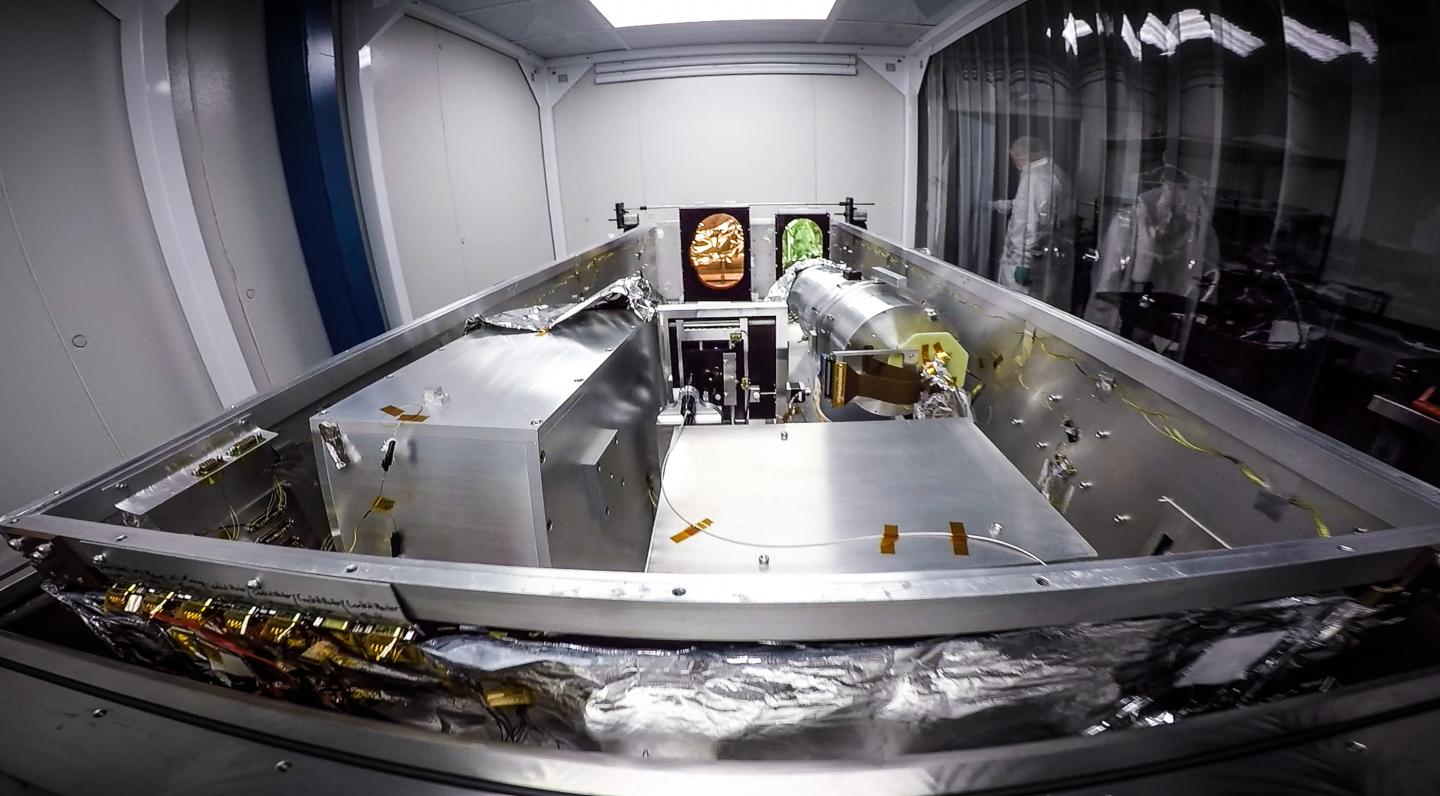 Irvine, Calif., Feb. 20, 2019 – Astronomers from institutions including the University of California, Irvine have begun routine science operations with the Habitable Planet Finder, a new high-precision spectrograph to help detect worlds outside our solar system.

The team demonstrated the effectiveness of the HPF through confirmation and observations of a recently discovered super-Earth orbiting Barnard’s star – one of our sun’s closest neighbors – during the commissioning of the new detector. Its findings are detailed in a study published today in Optica.

Coupled to the 10-meter Hobby-Eberly Telescope at McDonald Observatory in Texas, the HPF operates in near-infrared wavelengths, making it a powerful tool for astronomers looking for rocky planets orbiting M-dwarfs, relatively cool, small and dim stars that are highly abundant in the Milky Way.

“About 70 percent of the stars in our galaxy are M-dwarfs like Barnard’s star, but the near-infrared light they emit has made it difficult for astronomers to see their planets with ordinary optical telescopes,” said Paul Robertson, UCI assistant professor of physics & astronomy, who began working on this approach to exoplanet hunting as a researcher at Pennsylvania State University. “With the HPF, it’s now open season for exoplanet hunting on a greatly expanded selection of stellar targets.”

The HPF helps astronomers discover and confirm the existence of exoplanets by measuring subtle changes in a star’s color as it is influenced by an orbiting object. The instrument was designed and built to seek out low-mass planets in stars’ habitable zones where surface water – a key requirement for life – might exist.

Previously, the chief method for exoplanet discovery was based on Doppler spectroscopy, which picks up on a shift in a star’s emitted light spectrum caused by the back-and-forth tug of an orbiting planet. Combined with photometric measurements of the exoplanet as it crosses in front of the star, astronomers have been able to use this technique to obtain the mass and density of an exoplanet, as well as its closeness to its star.

But because of stellar activity and the magnetism of M-dwarfs, as well as their intrinsic dimness, even instruments of the highest precision have not been useful in studying their companion planets.

Even the HPF needs a little extra help while seeking new worlds in the inky blackness of space. “It’s actually part of a suite of instruments attached to the Hobby-Eberly Telescope,” Robertson said. “Another crucial component is a laser frequency comb, developed by our collaborators at the National Institute of Standards and Technology.”

The device is a calibrator that provides “tailored light” to the HPF spectrograph, letting it glean the most useful information from M-dwarfs’ infrared emissions. Robertson said the bundle of instruments enabled him and his colleagues to receive highly stable measurements at Barnard’s star, better than any ever achieved in that wavelength.

“The project proved to us that the HPF has the capability to detect Earth-mass planets around other M-dwarf stars,” he said. “To me, that’s the most exciting thing about this result.”

The National Science Foundation funded the development and implementation of the Habitable Planet Finder suite of instruments.

New weapon to combat counterfeit goods: use your smartphone to check for fake merchandise