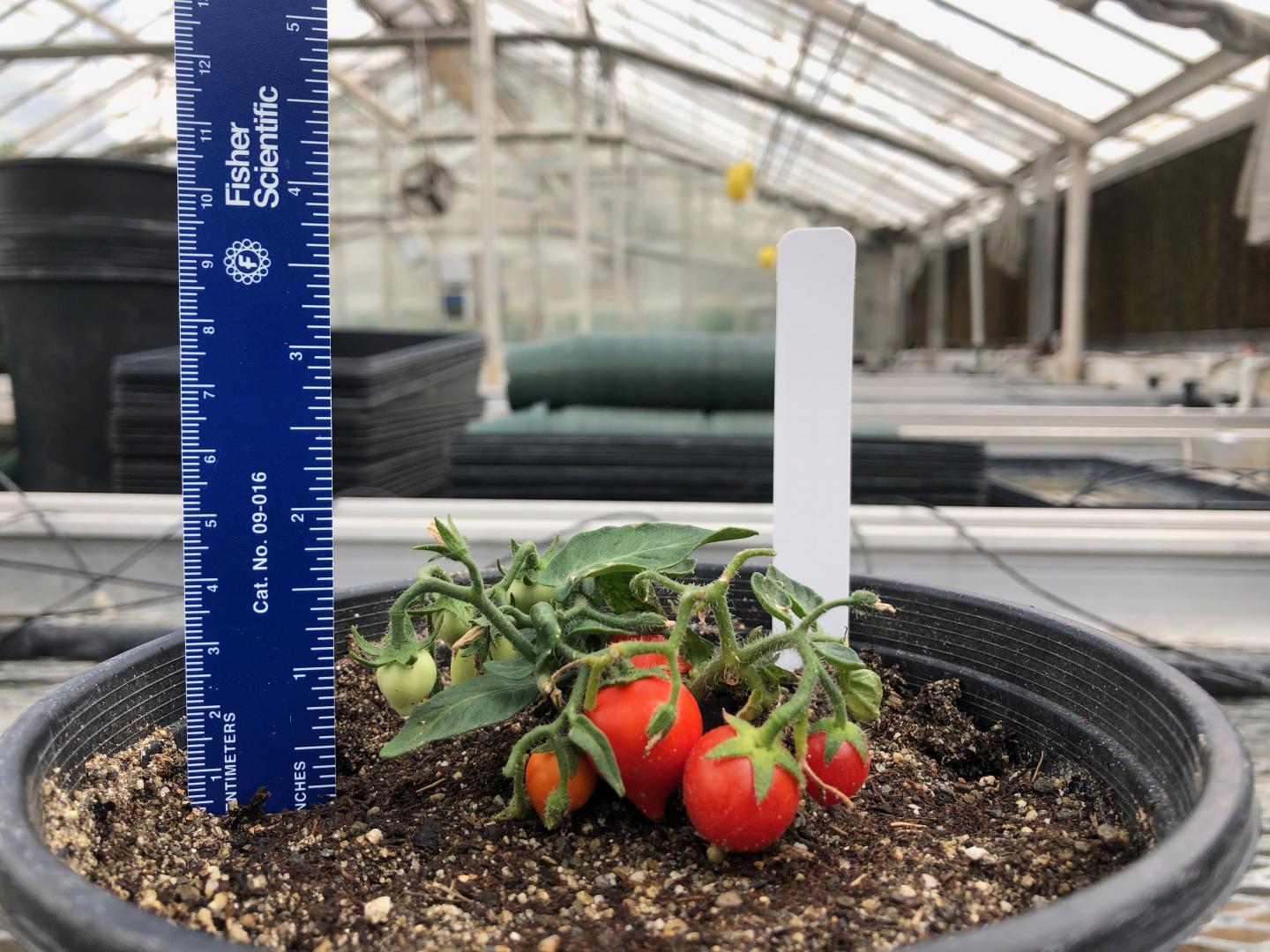 Tiny tomato plants developed at the University of California, Riverside, could one day feed astronauts on the International Space Station. The plants have minimal leaves and stems but still produce a normal amount of fruit, making them a potentially productive crop for cultivation anywhere with limited soil and natural resources.

Now, with a grant from the NASA-funded Translational Research Institute for Space Health, UCR researchers will tweak the tomatoes to make them also uniquely suited to growing in space. Dubbed Small Plants for spACe Expeditions, or SPACE, plants by the researchers, the technology could be applied to other plants to develop a suite of crops for agriculture on the International Space Station and future space colonies.

Robert Jinkerson, an assistant professor of chemical and environmental engineering in the Marlan and Rosemary Bourns College of Engineering and Martha Orozco-Cárdenas, director of the Plant Transformation Research Center in the College of Natural and Agricultural Sciences, will use the two-year $800,000 grant to continue to reduce the size of the miniature plants, engineer them for enhanced photosynthesis, grow them in a container that mimics conditions on the International Space Station, analyze the fruit’s nutritional content, and conduct taste tests.

Orozco-Cárdenas originally used CRISPR-Cas9 gene-editing technology to shrink the size of ordinary tomato plants and reduce the ratio of leaves and stems to fruit.

“For several years I have been studying the family of genes involved in DNA repair, early response to stress, cell division, differentiation, and growth in plants. It was very exciting to see how a single base change in one of the genes can have such an impact on plant growth and development,” she said.

By 2050, there will be nine billion people on the planet, but arable land is decreasing. Global food production will need to double to meet the food needs by then. Climate change complicates the problem more.

“My goal has always been to develop crops that could feed a growing global population on less farmland,” Orozco-Cárdenas said.

Most fruit and vegetable plants produce more inedible leaves and stems, known as biomass, than edible fruit or vegetables. Small plants with more edible parts than biomass could produce large quantities of food on small plots and indoor spaces such as vertical urban farms. However, vertical farming systems tend to grow leafy greens because they have trouble supporting larger fruiting plants like tomatoes.

“When I first saw those tiny tomatoes growing in Martha’s lab, I just knew we had to get them onto the space station,” Jinkerson said.

These gene editing approaches can also be applied to many other crops for use here on Earth that could help feed the growing population and also bring humans one step closer to permanent settlements in space.

“Most plant research has already focused on optimizing crops for growth outside in fields, opening up a lot of opportunities to engineer plants for built environments like in space or greenhouses,” said Jinkerson.

Study: Mindfulness may help decrease stress in caregivers of veterans