Aston University has awarded an honorary doctorate to Professor Robin Grimes FRS FREng for his contributions to the understanding of nuclear materials and to scientific diplomacy. 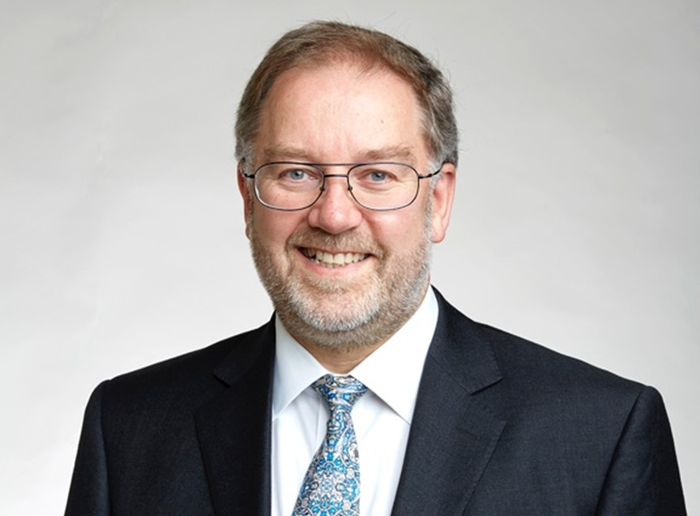 Aston University has awarded an honorary doctorate to Professor Robin Grimes FRS FREng for his contributions to the understanding of nuclear materials and to scientific diplomacy.

Professor Grimes has a distinguished academic career notable for developing computer simulation techniques to predict structural and dynamic properties of ceramics and metals, in particular to the understanding of nuclear materials. He maintains a leading role in the nuclear power academic community.

He has also championed the development of scientific diplomacy, placing science collaboration as the heart of key international relationships. He has held the role of nuclear chief scientific adviser at the Ministry of Defence and chief scientific adviser at the Foreign and Commonwealth Office where he established science diplomacy and developed diplomatic links with Argentina amongst others. He played a pivotal role in the UK response to the Fukushima nuclear disaster 2011, serving on the scientific advisory group for emergencies at that time, and subsequently during other emergencies

Professor Grimes’ father, Dr Norman Grimes, was head of Aston University’s department of physics between 1984 and 1985, and Robin has previously lived in Kings Heath, Birmingham.

“I am delighted that Aston University will be bestowing this honour on Professor Grimes in recognition of both his contribution to materials physics and his work as a chief scientific adviser which has helped place science within international diplomacy.

“Professor Grimes has made major contributions to understanding material science and engineering. His work has generated exceptional insight into the properties of materials for energy applications, particularly for nuclear energy.”